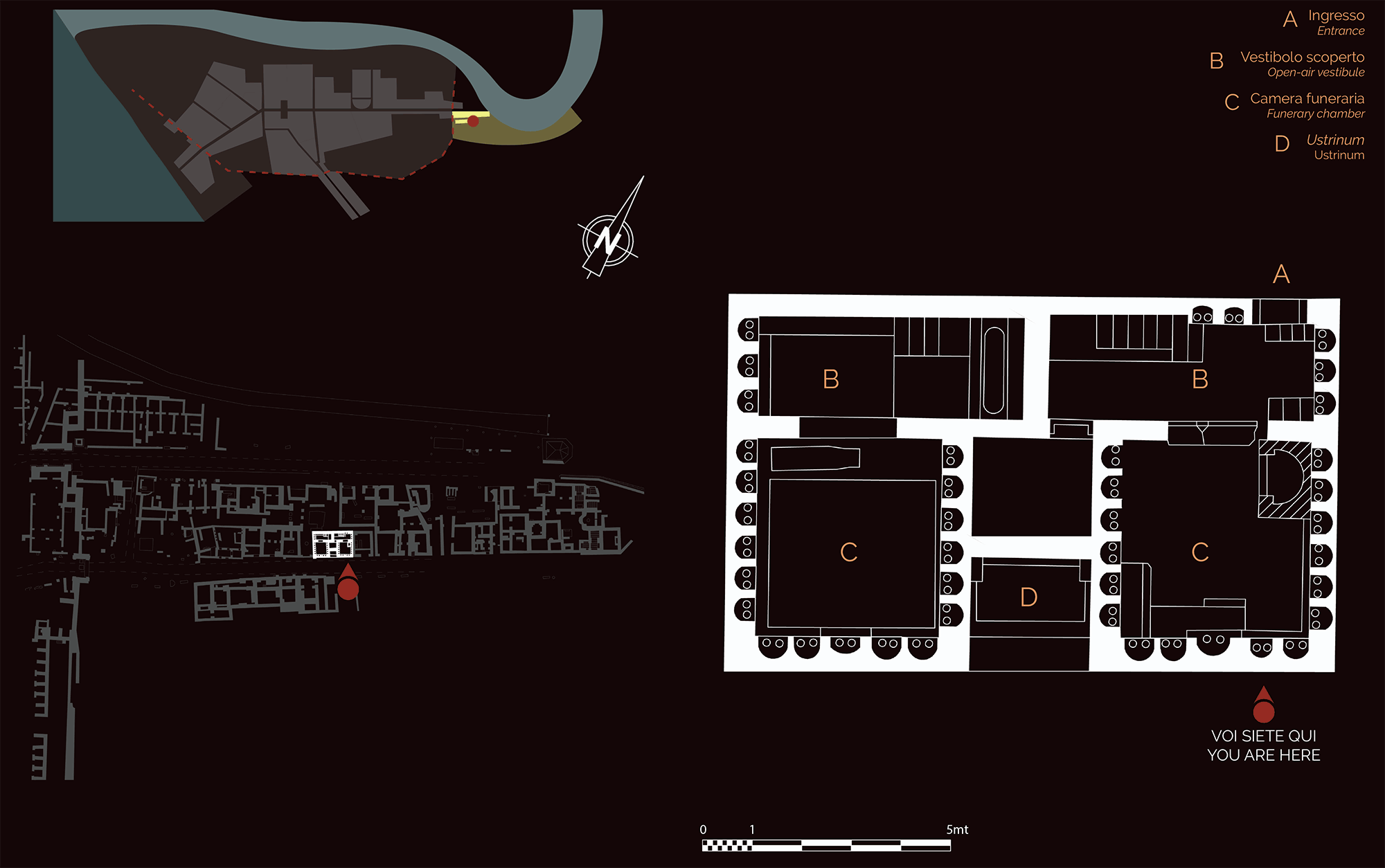 Built in the first half of the 1st century AD, these two independent tombs, which originally had a north-facing entrance (A), are identical in their layout. Both had an unroofed vestibule (B) and a roofed funerary chamber (C) with niches for the cinerary urns along the walls. Funerary banquets could be held on the terrace roofs, accessible along a staircase. In a space created between the two tombs was the ustrinum (D), the area where the bodies of the deceased were cremated; in the 2nd century AD, it was occupied by an inhumation burial. 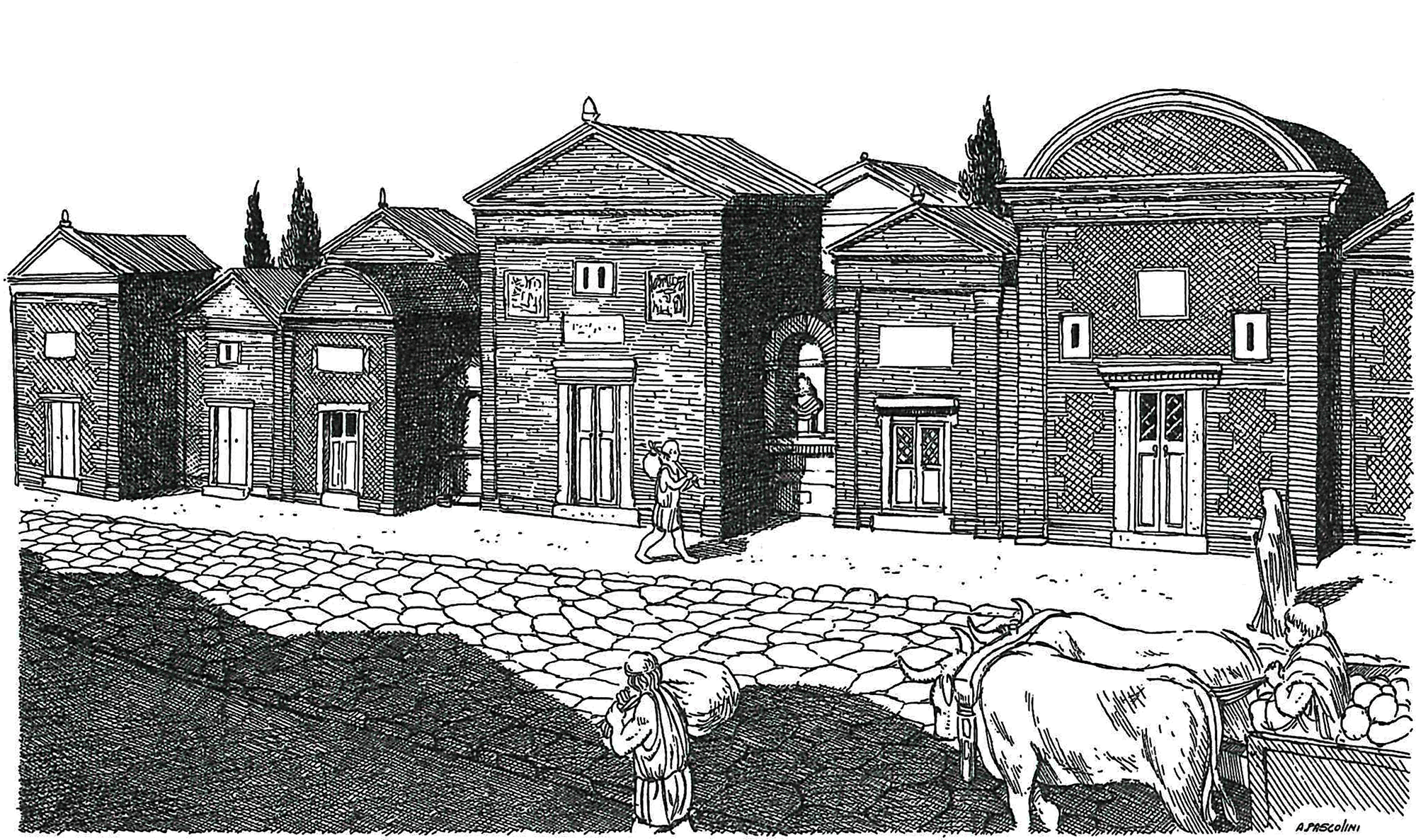 Reconstruction drawing of the façade of a necropolis at Ostia
(A. Pascolini)