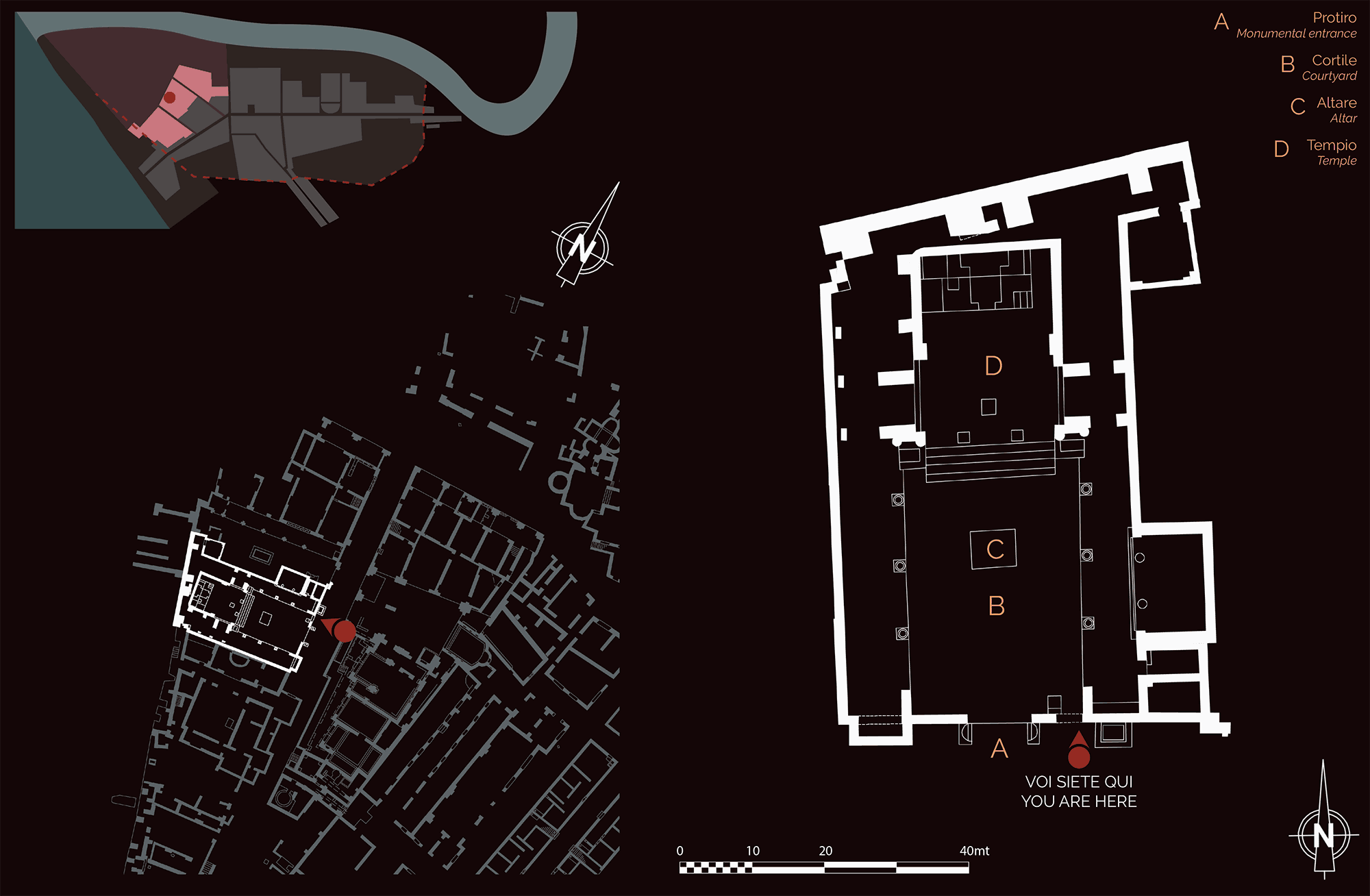 The cult building dedicated to the Egyptian god Serapis (assimilated to Jupiter) was built at the expense of the freedman Caltilius, a devotee of the deity, and inaugurated on 24 January AD 127 on the occasion of the emperor Hadrian’s birthday. 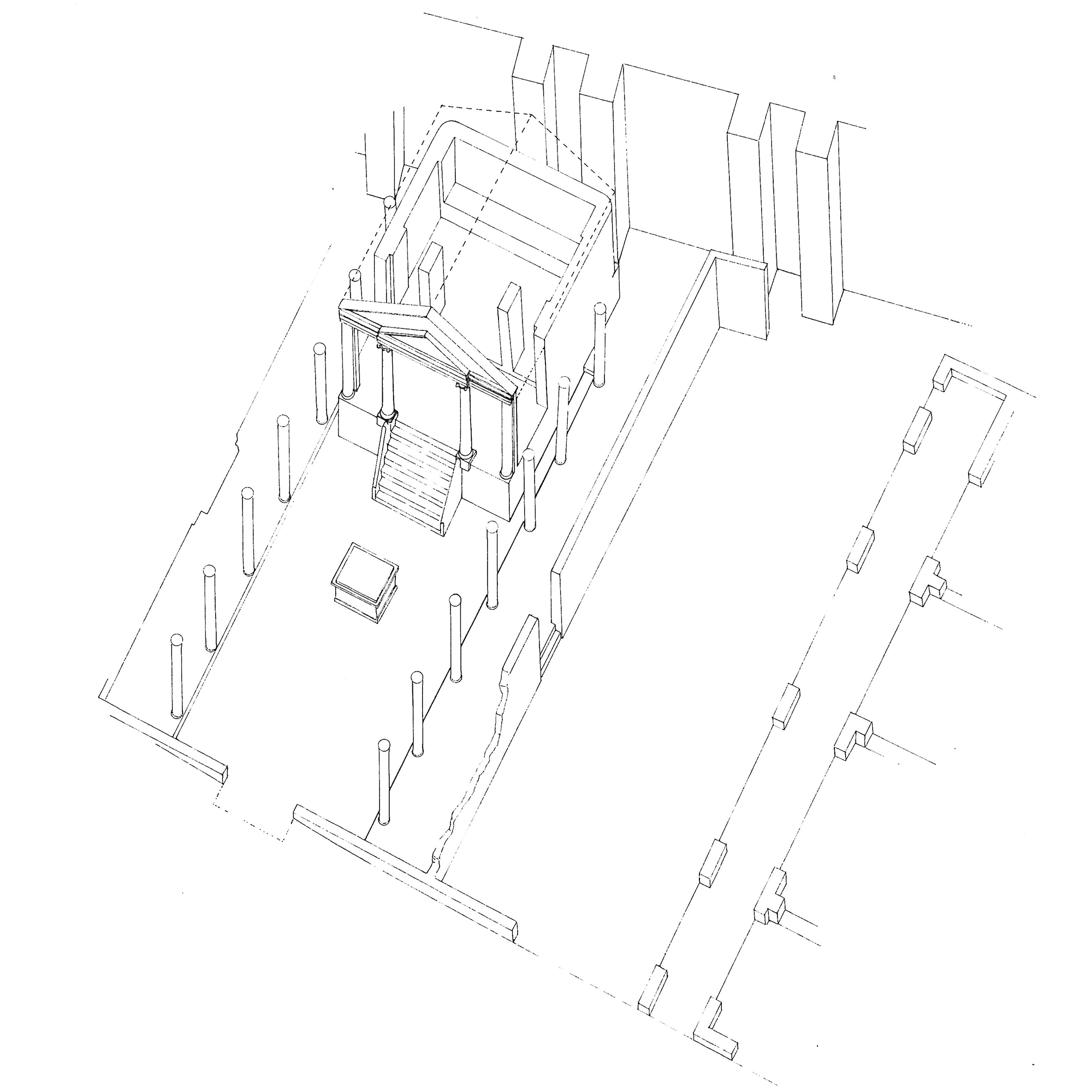 Reconstruction of the sanctuary
(R. Mar)

The sanctuary opens onto the street with a prothyrum (colonnaded entrance) (A) added during the 2nd century AD and paved with a mosaic depicting the bull Apis (an ancient Egyptian god).

The entrance led into a courtyard (B) with porticoes along the long sides and an altar (C) at the centre, embellished by a mosaic floor with scenes of life on the Nile.

The temple proper (D) stands on a podium at the back of the courtyard and is preceded by a porch with four columns and a floor of coloured marbles.

The inscription Iovi Serapi (”to Jupiter Serapis”), now preserved in the courtyard, probably belonged to the temple pediment. 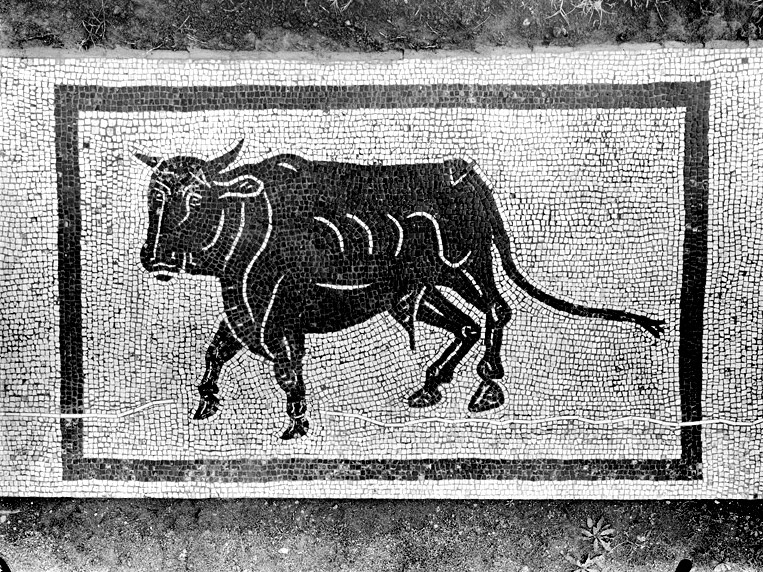 Mosaic with a depiction of the god Apis