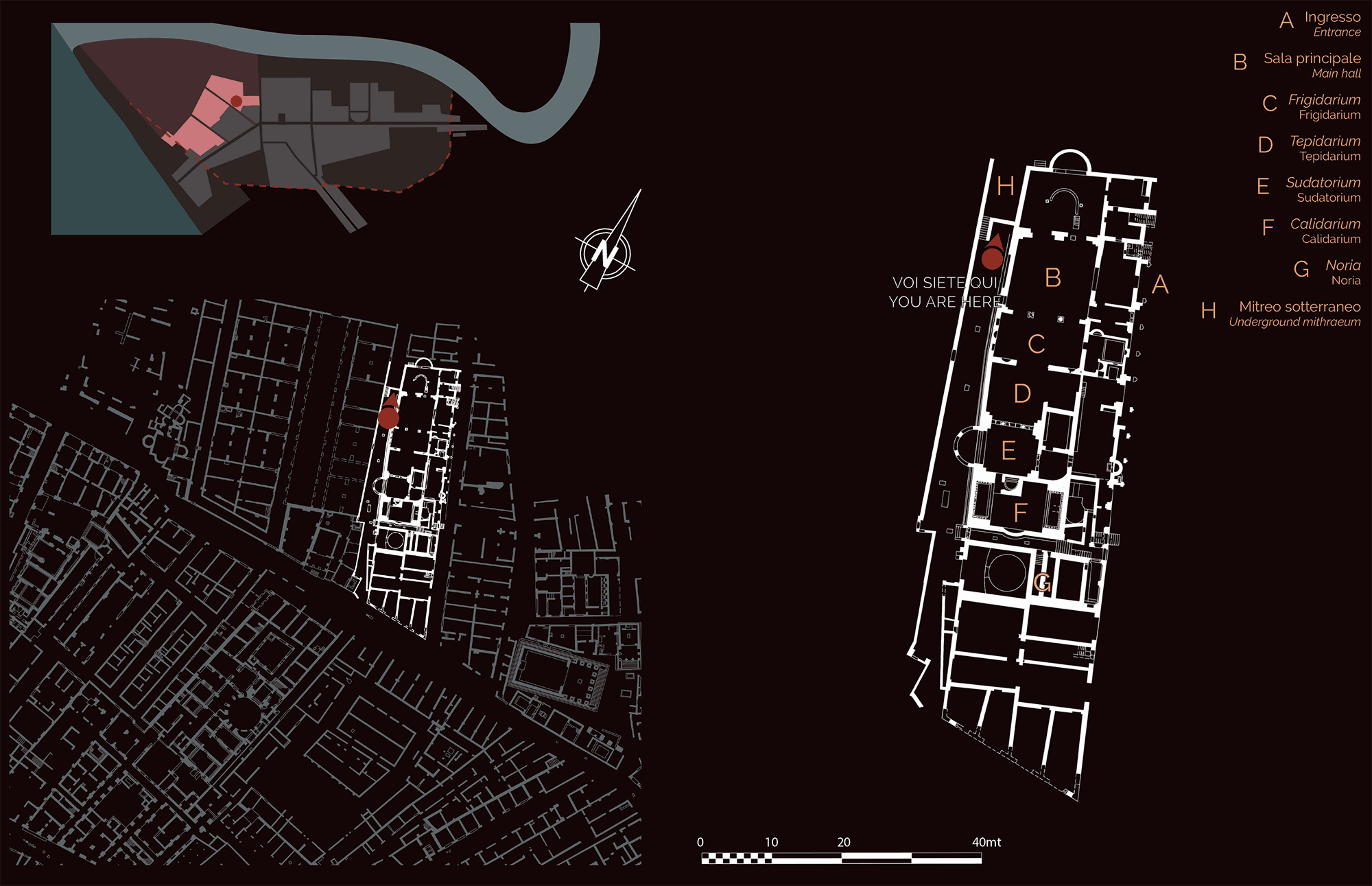 The private baths, built in the Hadrianic period (AD 117-138), had heated rooms in the south sector (D-F) whilst the northern part was occupied by a room later transformed into a Christian cult space and by the main room, separated by two columns from the frigidarium (room for cold baths), decorated with a figurative mosaic (C).

The baths also had service rooms, one of which hosted the water wheel (noria) that drew up water from underground (G).

Plan of the mithraeum
(G. Caraffa)

An external staircase led to an underground service room for the baths, in which a mithraeum was installed (H). 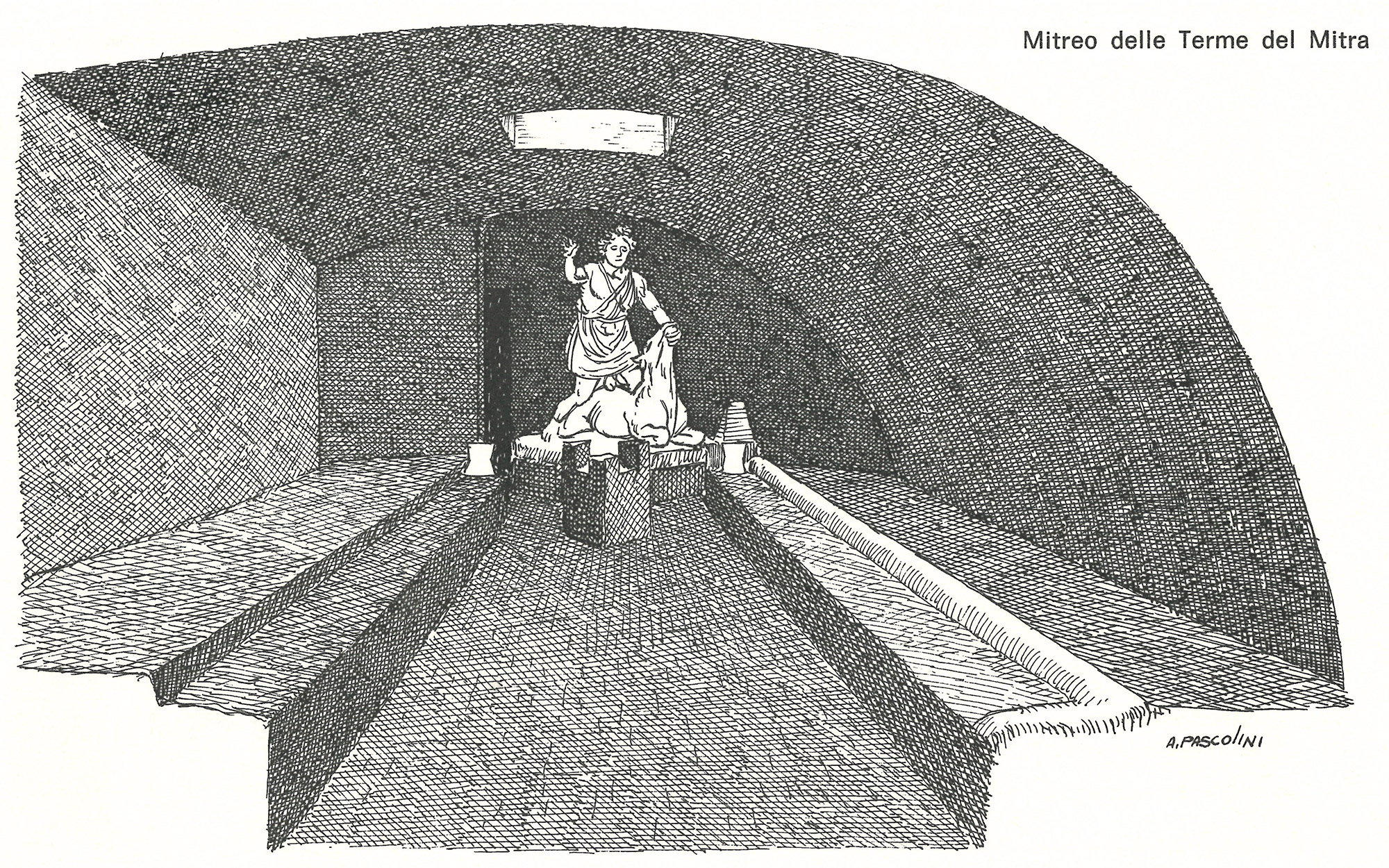 Reconstruction drawing of the interior of the mithraeum
(A. Pascolini)

The podia (side benches) and the two little pillars supporting the pyramids symbolizing the stone from which Mithras was born are preserved. At the back was the cult statue depicting Mithras killing the bull; a cast can now be seen, whilst the original is kept in the Museo Ostiense. 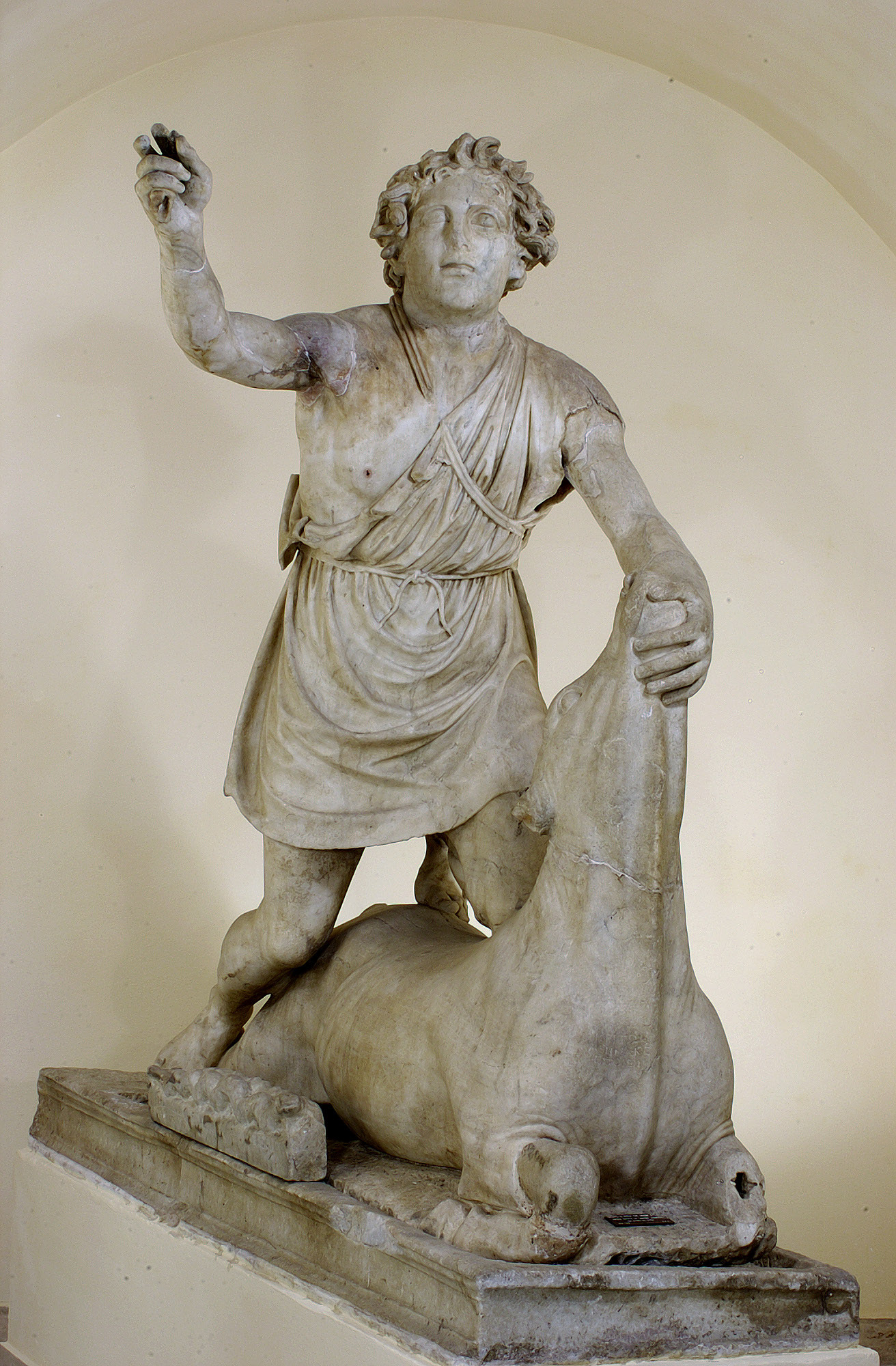