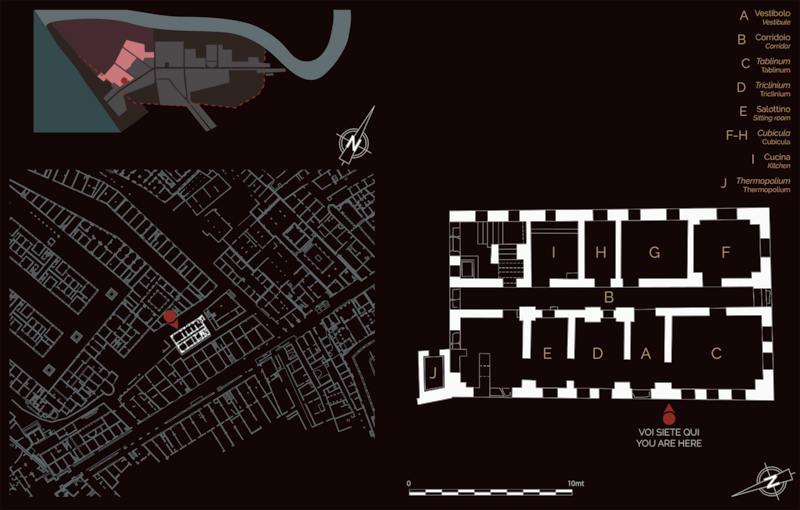 Built in around AD 120, the insula (residence) has an unusual layout: the rooms are arranged on either side of a central corridor (B).

The public rooms (C-E) face the Case a Giardino, whilst the private (F-H) and service rooms, including the kitchen (I), look in the opposite direction.

The mosaics can generally be assigned to the original phase of the building; the paintings dating to between the late 2nd and early 3rd century AD have a white ground in the private rooms and a yellow and red ground in the public rooms.

In the 3rd century AD, one of the corner rooms in the house was turned into a wine bar (thermopolium) (J); its presence, together with the arrangement of the rooms, has suggested that the building may have been used as a hotel.