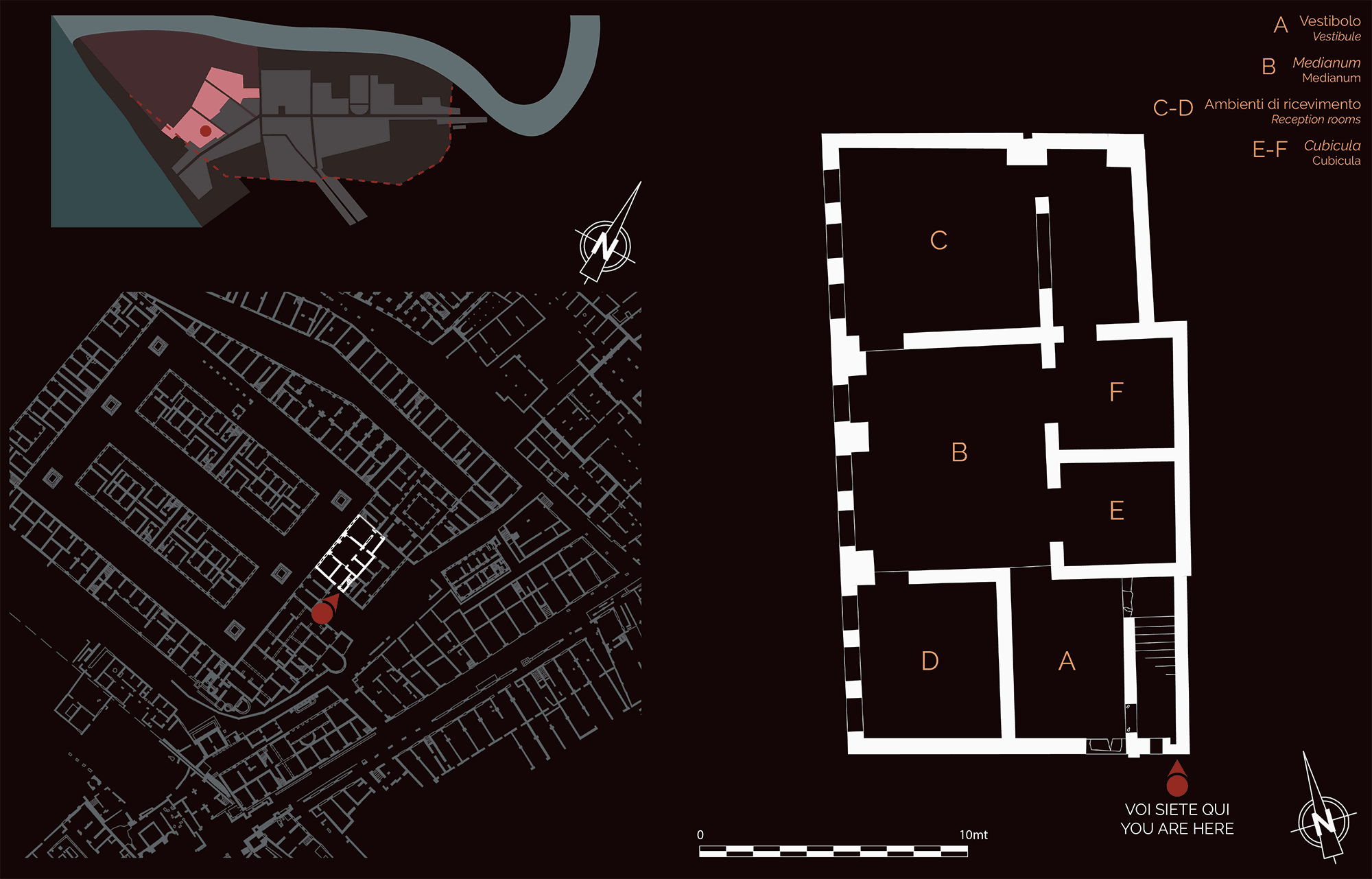 The house, which occupies part of the east side of the Case a Giardino complex, had at least two storeys.

The main rooms (C-D) were located at either end of the medianum (B), a sizeable corridor with large windows, which provided light to the whole apartment.

The mosaic floors, with geometrical patterns and figurative motifs, can be ascribed to the first phase of the building, of the Hadrianic period (AD 130), whilst the painted decorations belong to later renovations dating up to the end of the 3rd century AD.

The most representative painting phase, of the late 2nd century AD, is characterized by walls with a yellow ground decorated with slender architectural elements and little panels with barely outlined landscapes. 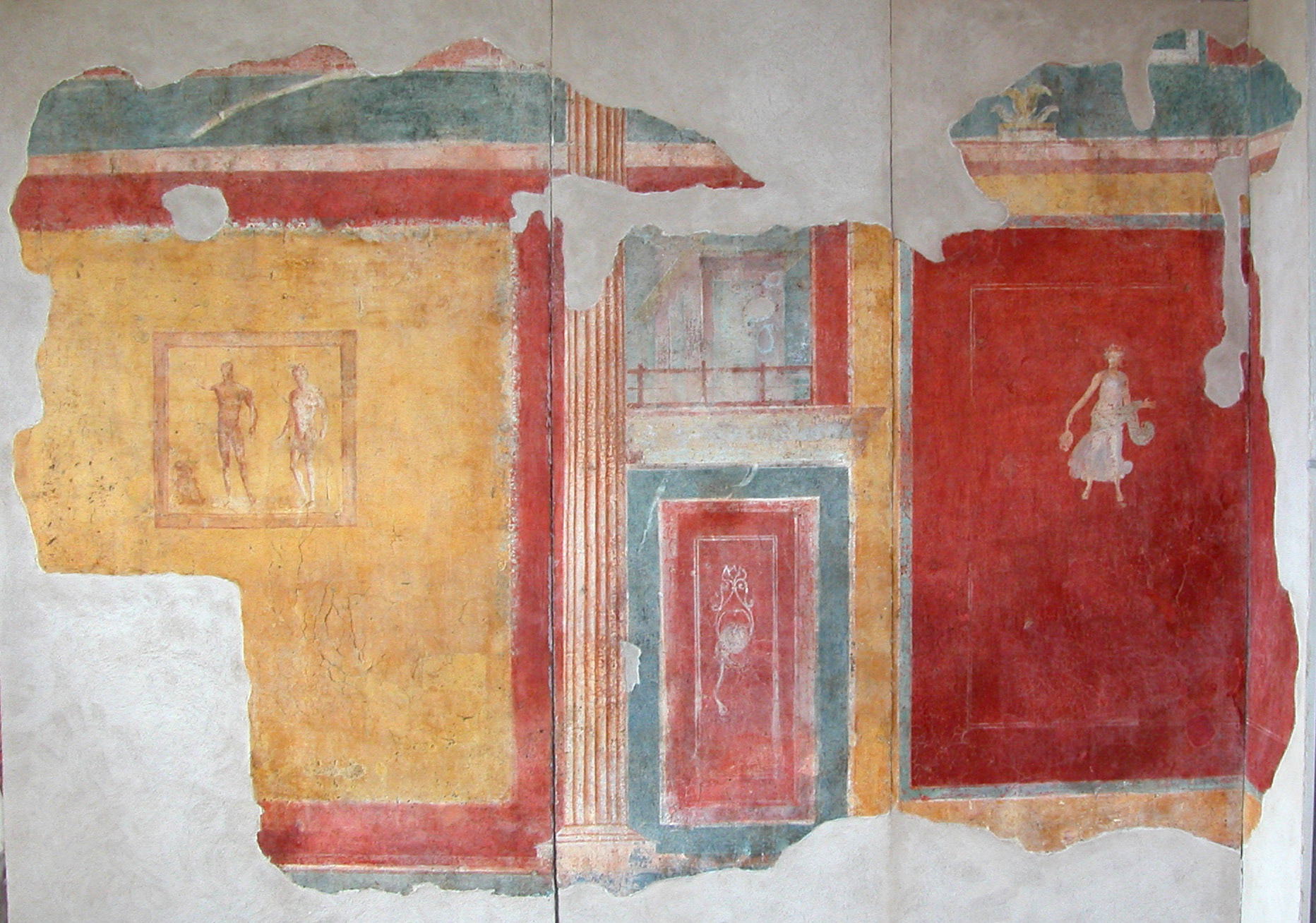 View of the painted decoration of room D