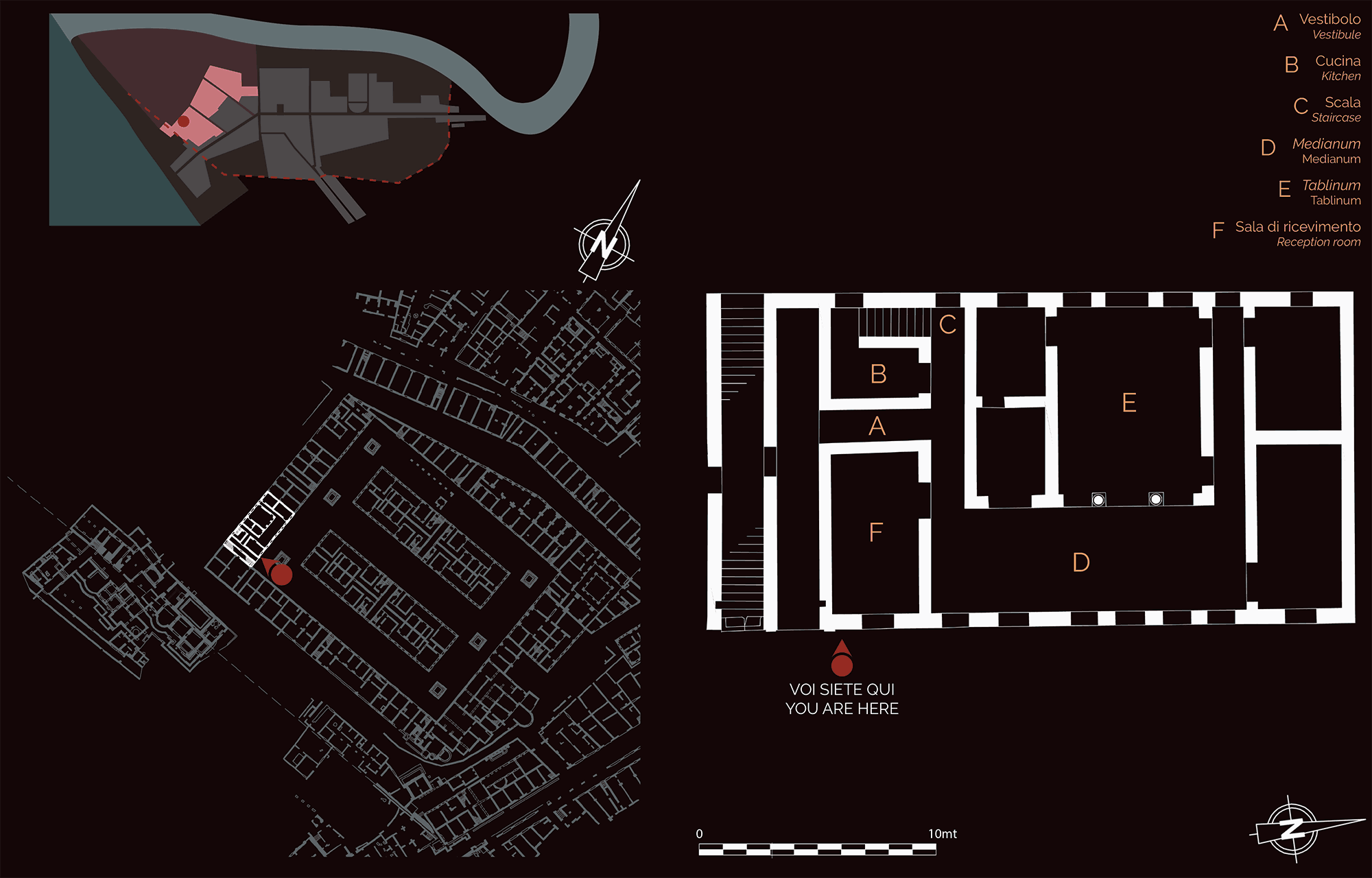 This insula (apartment), which has an exceptionally well-preserved decorative programme, represents one of the most important examples of an aristocratic residence of the Hadrianic period (AD 130).

The vestibule (A) leads to the kitchen (B), to the staircase (C) giving access to the upper floor and to a vast corridor (D) lit by large windows (medianum), with the other reception rooms in the house opening onto it. 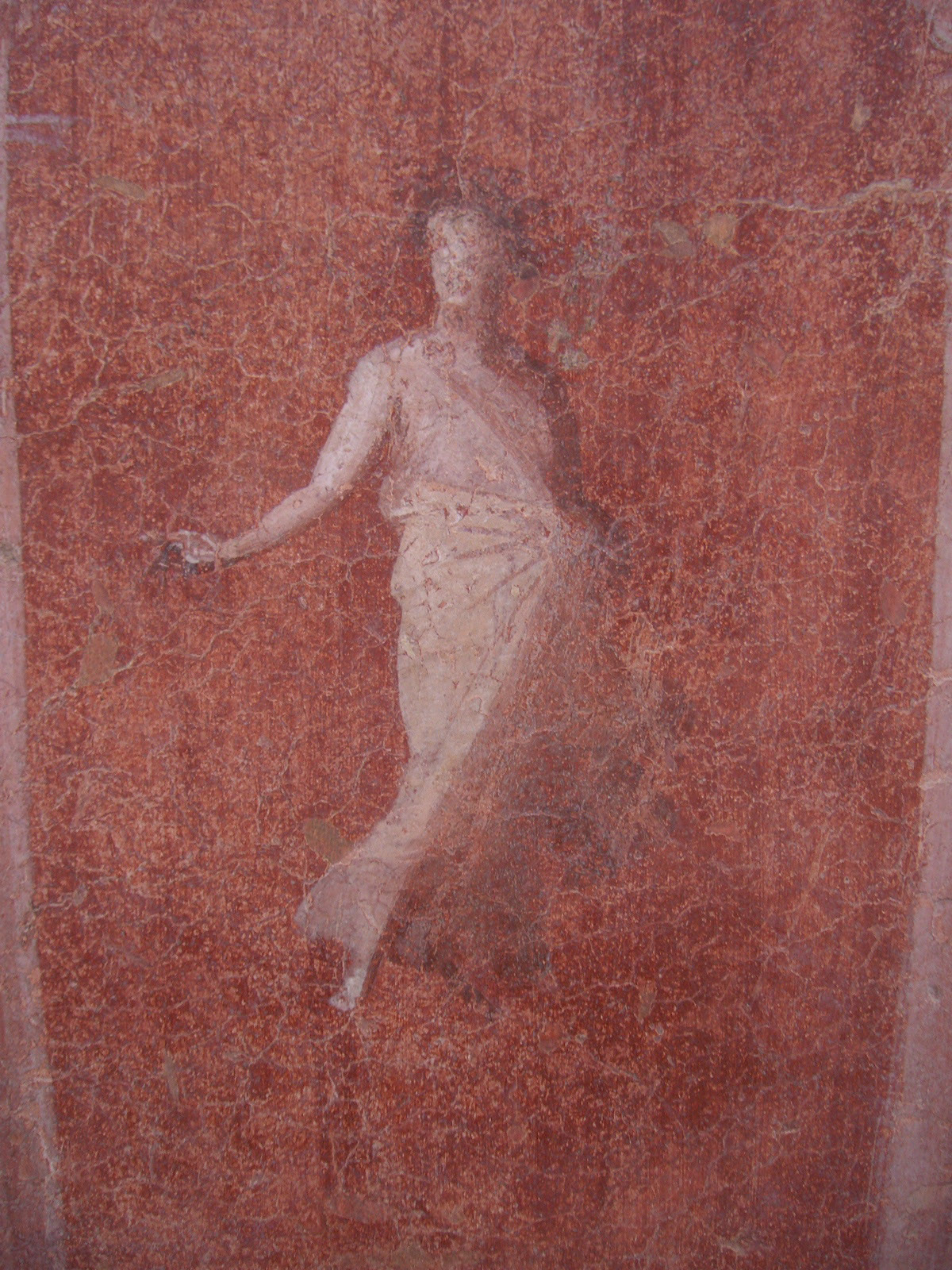 Detail of the painted decoration of room E

A large public hall (E), introduced by two columns, has paintings with architectural motifs; the decorative schemes are replicated on a smaller scale in the reception room (F), where there is also a graffito inscription with the name of Lucceia Primitiva, perhaps the house’s owner. 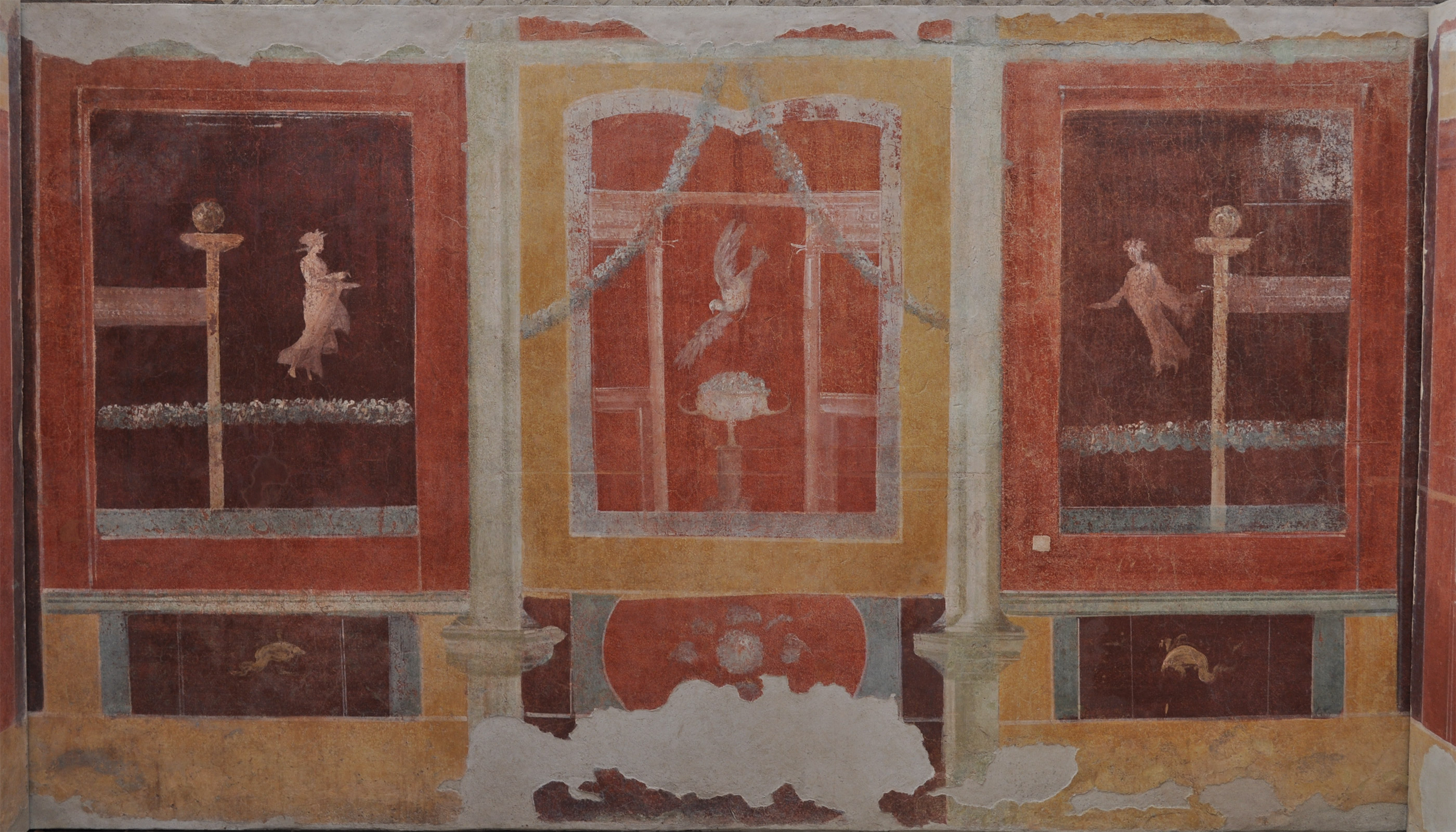 View of the painted decoration of room F

The frescoed ceilings were found during the excavations; they had collapsed onto the floor in the early 4th century AD when the house was destroyed.