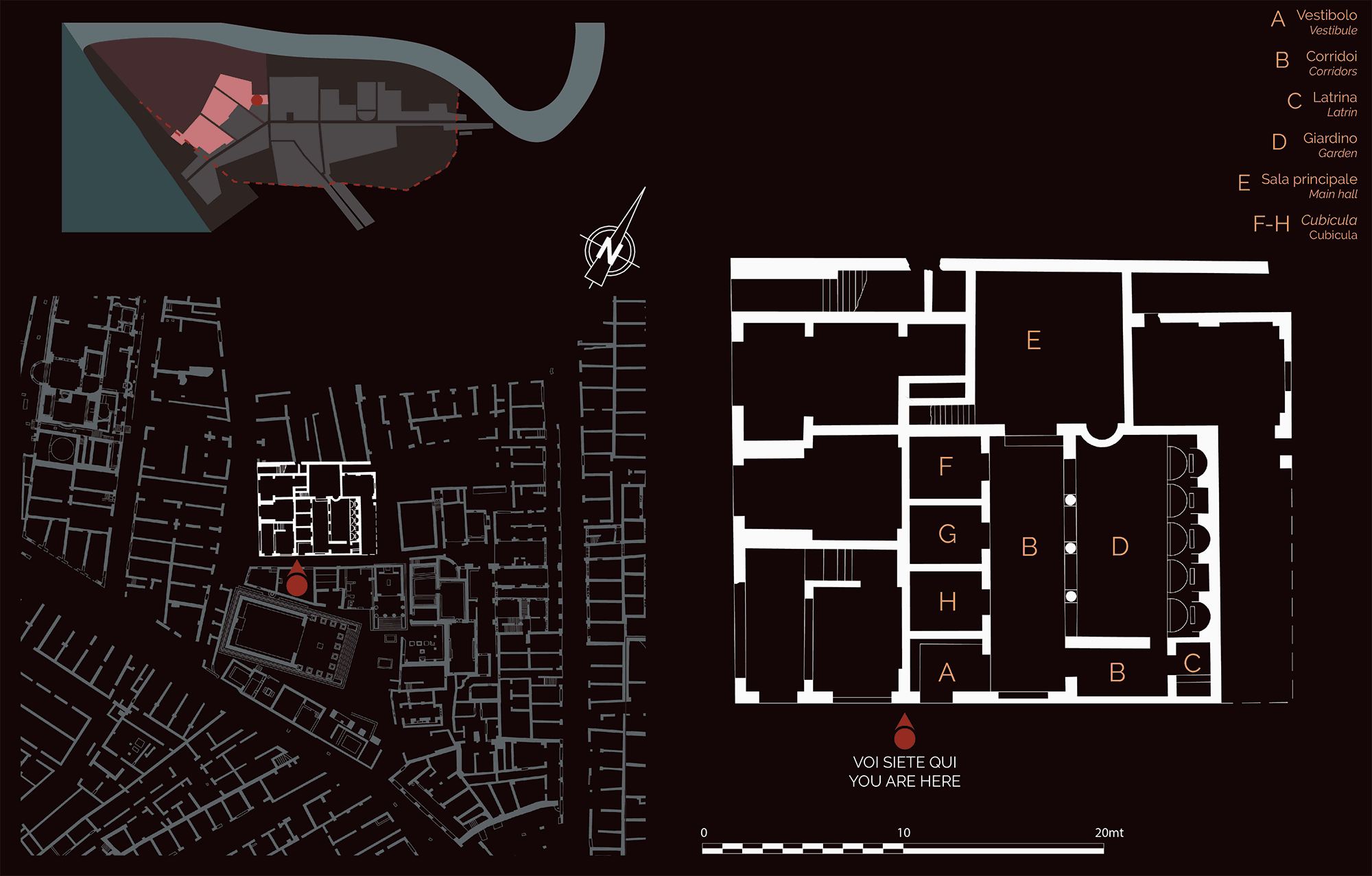 The aristocratic residence, built in the 4th century AD, was installed in an earlier commercial building and had two storeys, the uppermost of which was probably a service storey.

Arcades on columns separated the inner corridor (B) from an open-air garden, which had a marble nymphaeum with an architectural façade on one side (D).

The corridor led into the main room (E), whose walls and floors were embellished with valuable inlays of coloured marbles.

Another room (G), opening onto the corridor, also had a marble veneer and at the centre a sculpture group depicting Cupid and Psyche; a cast can be seen today whilst the original is kept in the Museo Ostiense.