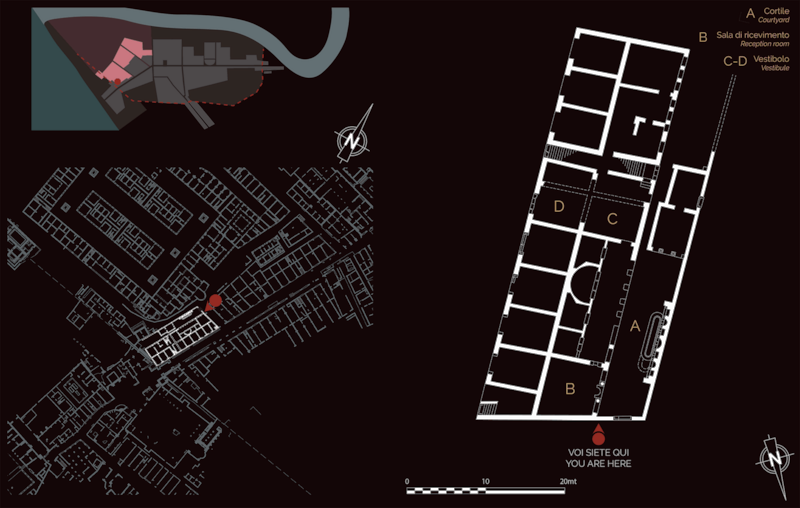 This wealthy domus (residence) was constructed in the second half of the 4th century AD, in an area previously occupied by two building complexes of the early 2nd century AD. 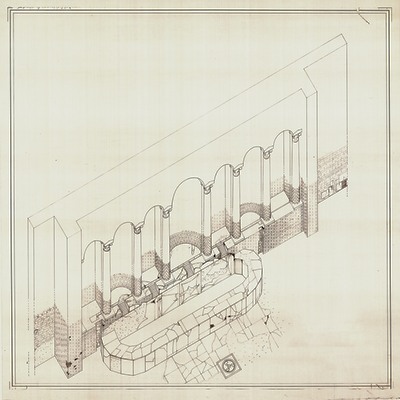 It was entered through a courtyard (A), which provided light to the residence, embellished with a marble nymphaeum decorated with niches. 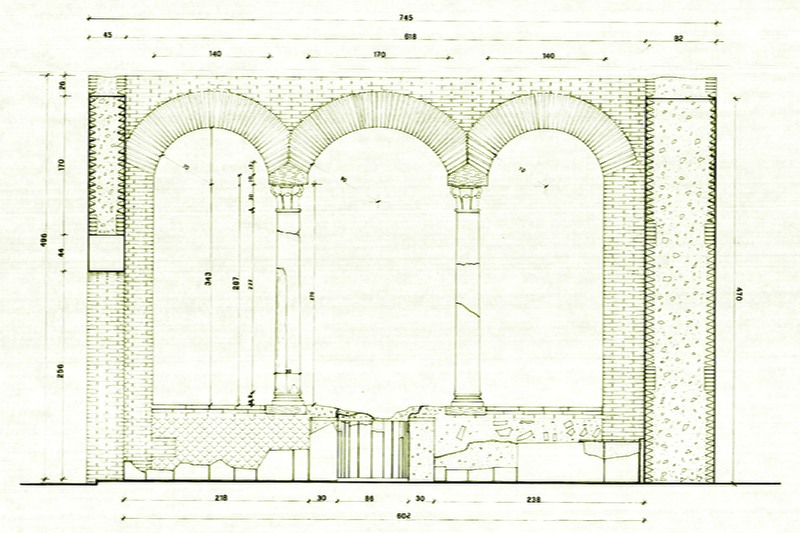 Reconstruction of the façade of the room B
(P. Aponte, M.G. Turco)

Opening onto the courtyard through a tripartite aperture was a huge room (B) decorated on the floor and walls with opus sectile inlays, also preserved in other rooms of the domus; a porticoed corridor leads to the innermost rooms of the house.

The façade overlooking the Decumanus is enhanced by the presence of a large vestibule, divided into two rooms (C-D), originally decorated with wall paintings showing scenes of rural life.