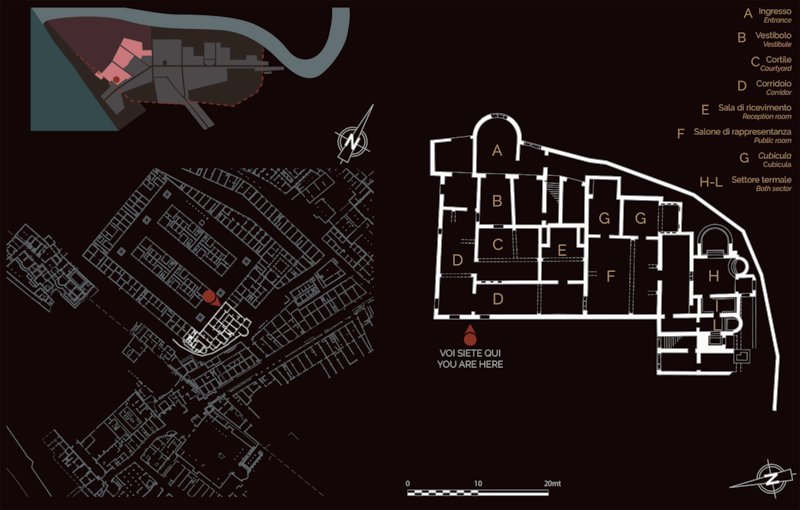 The house was built in the 4th century AD by altering an earlier insula (apartment building) belonging to the Case a Giardino. 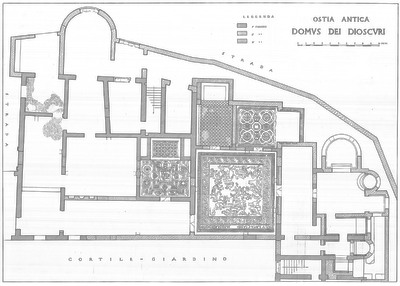 Plan of the domus with the mosaics
(L. Giammiti)

The building is separated from the street by a long wall and subdivided into a residential sector (A-G) and a bath sector (H-L), connected by a passage, and had at least two storeys. 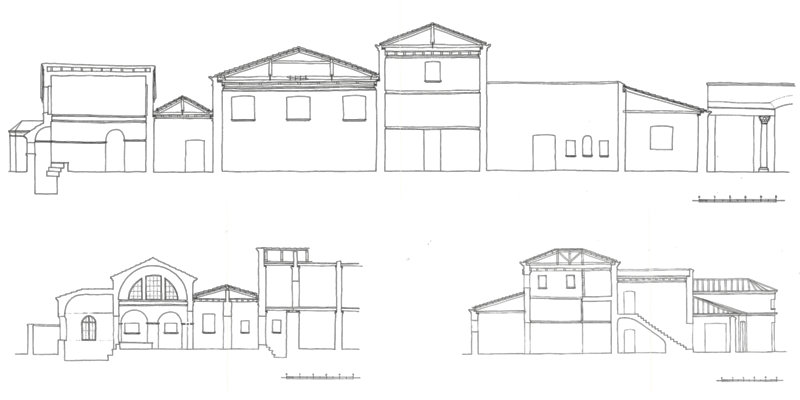 The vestibule (B) leads into an open courtyard (C) and then into a long L-shaped corridor (D), onto which opens a reception room (E) decorated with a polychrome mosaic depicting the Dioscuri (the divine twins who protected trade).

The corridor also gives access to a public room (F) embellished by a polychrome mosaic representing Venus, which in turn leads into the private rooms (G).

It has been suggested that the owner of the house was Volusianus Lampadius, who was urban prefect in AD 365-366.