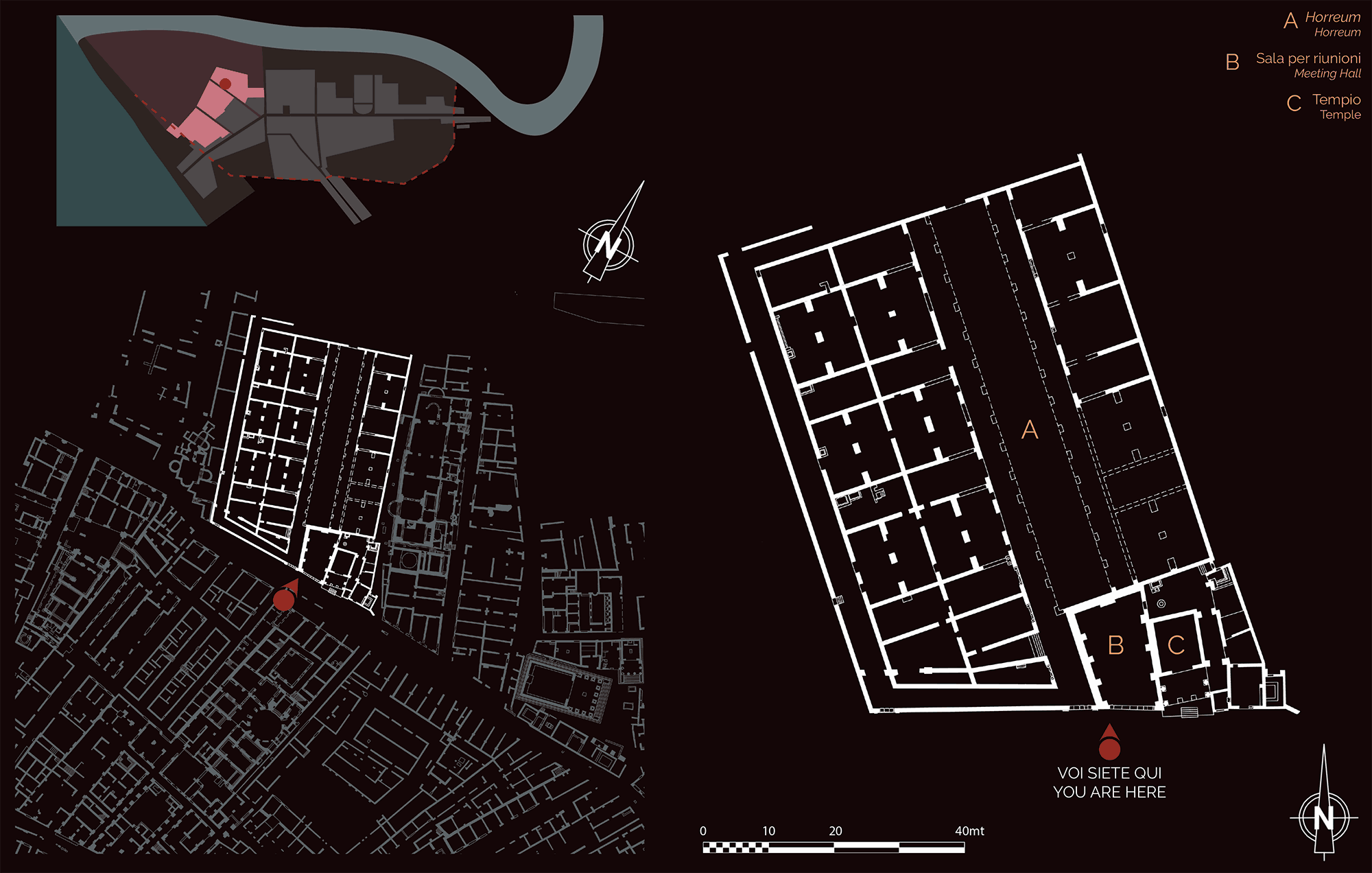 The vast building complex, attributed to the guild of grain measurers (mensores) and located near the Tiber, consisted of a horreum (warehouse) (A), a meeting hall (B) and a temple (C), all built in the Trajanic period (around AD 112). 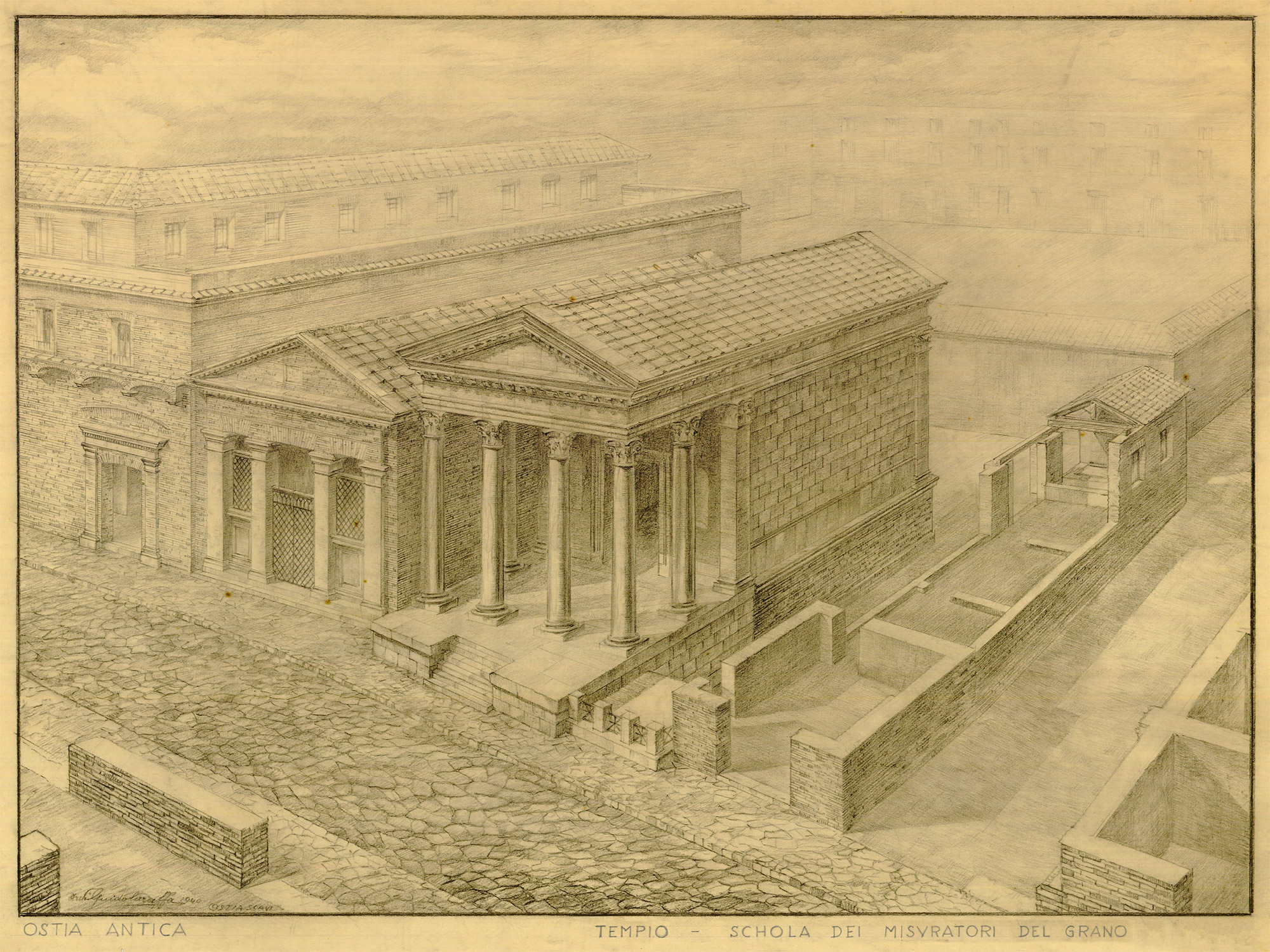 Reconstruction of the complex of the mensores
(G. Caraffa)

The horreum had a long central courtyard with the cellae (storage rooms) and larger rooms opening onto it: the latter may have been used for measuring and checking quantities of grain as this was the principal activity of the mensores.

Inside an enclosure created in the southern area of the complex were a temple with four columns along the front and a brick cella, and a meeting room of the mensores themselves. Its mosaic floor, dating to the first half of the 3rd century AD, preserves a depiction of the activities performed by the mensores.

Mosaic with a representation of the mensores