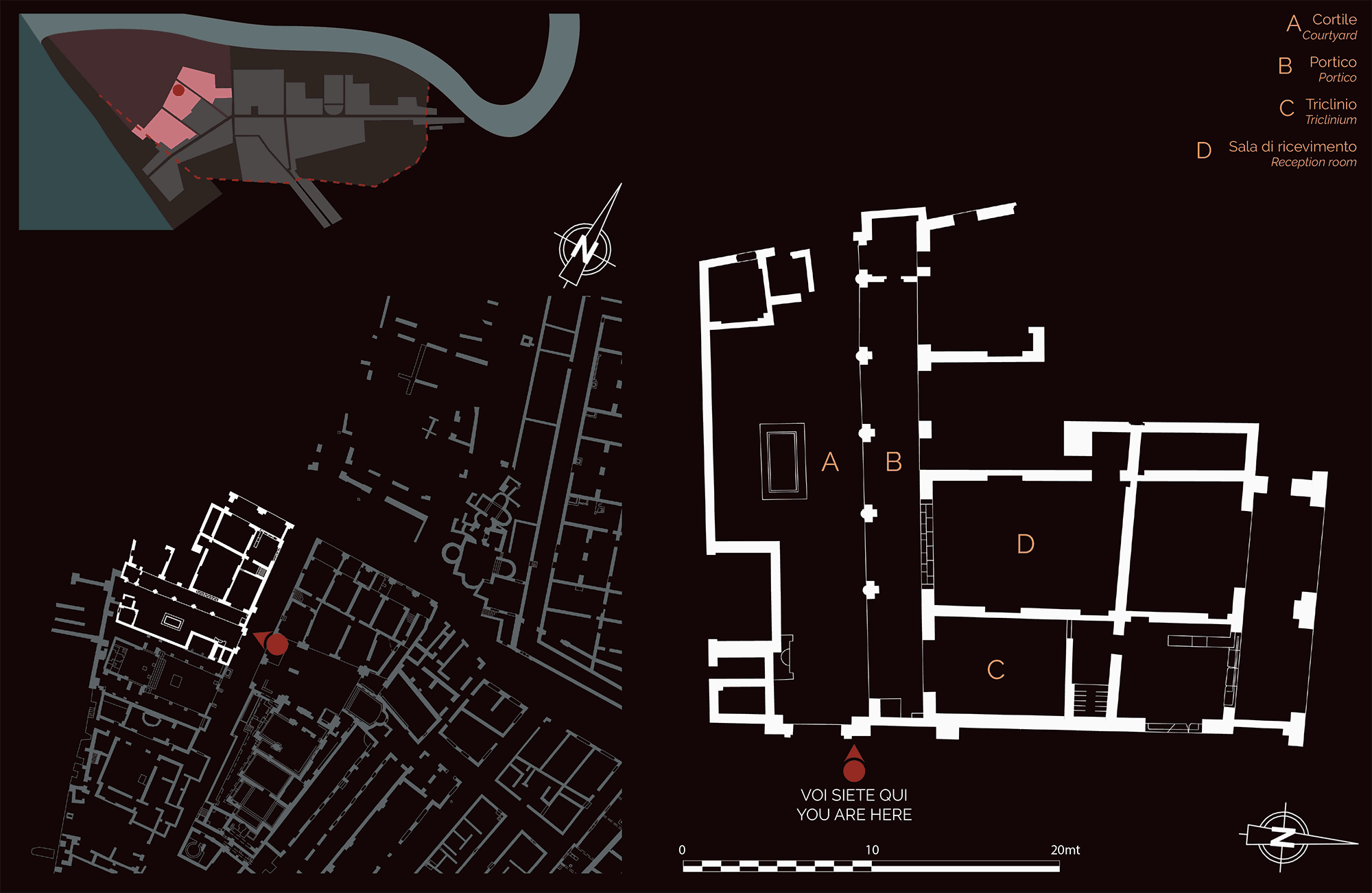 The complex was built in the Hadrianic period (AD 117-138) and may have been connected to the nearby temple of Serapis.

It has a large courtyard with a pool at its centre (A) and a portico on the north side (B) with several rooms opening onto it: they include a dining room (C), whose mosaic floor has plant motifs and birds in its central sector and, in the space between the couches, the head of Medusa between small winged figures.

The vast hall (D) adjacent to the latter room is embellished with a mosaic floor with a complex figurative scene, representing Bacchus and Ariadne watching a fight between Eros and Pan (symbolizing love and lust respectively).

All the mosaics belong to the Hadrianic phase, whilst the complex presents renovations dating to the 3rd century AD. 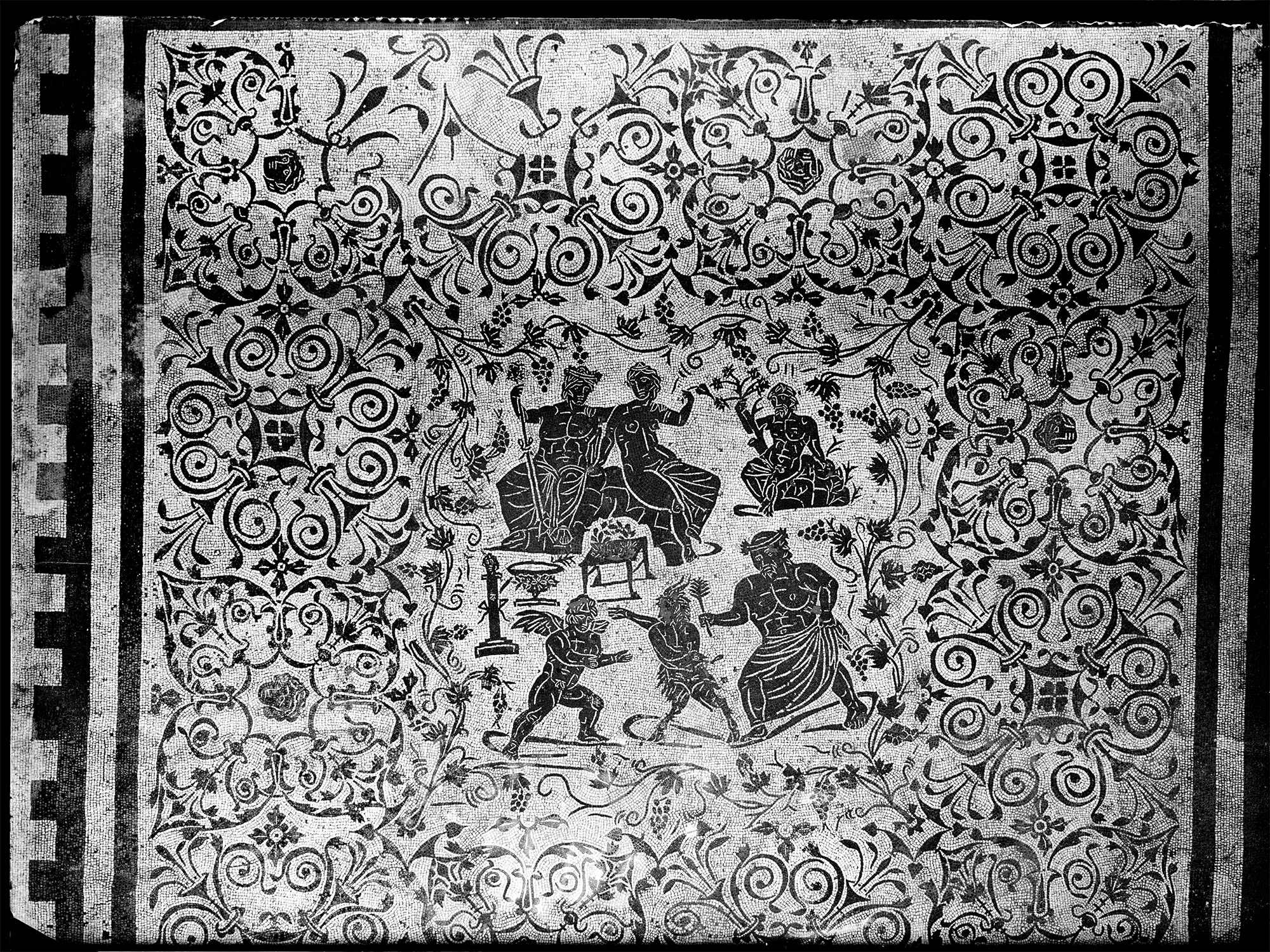