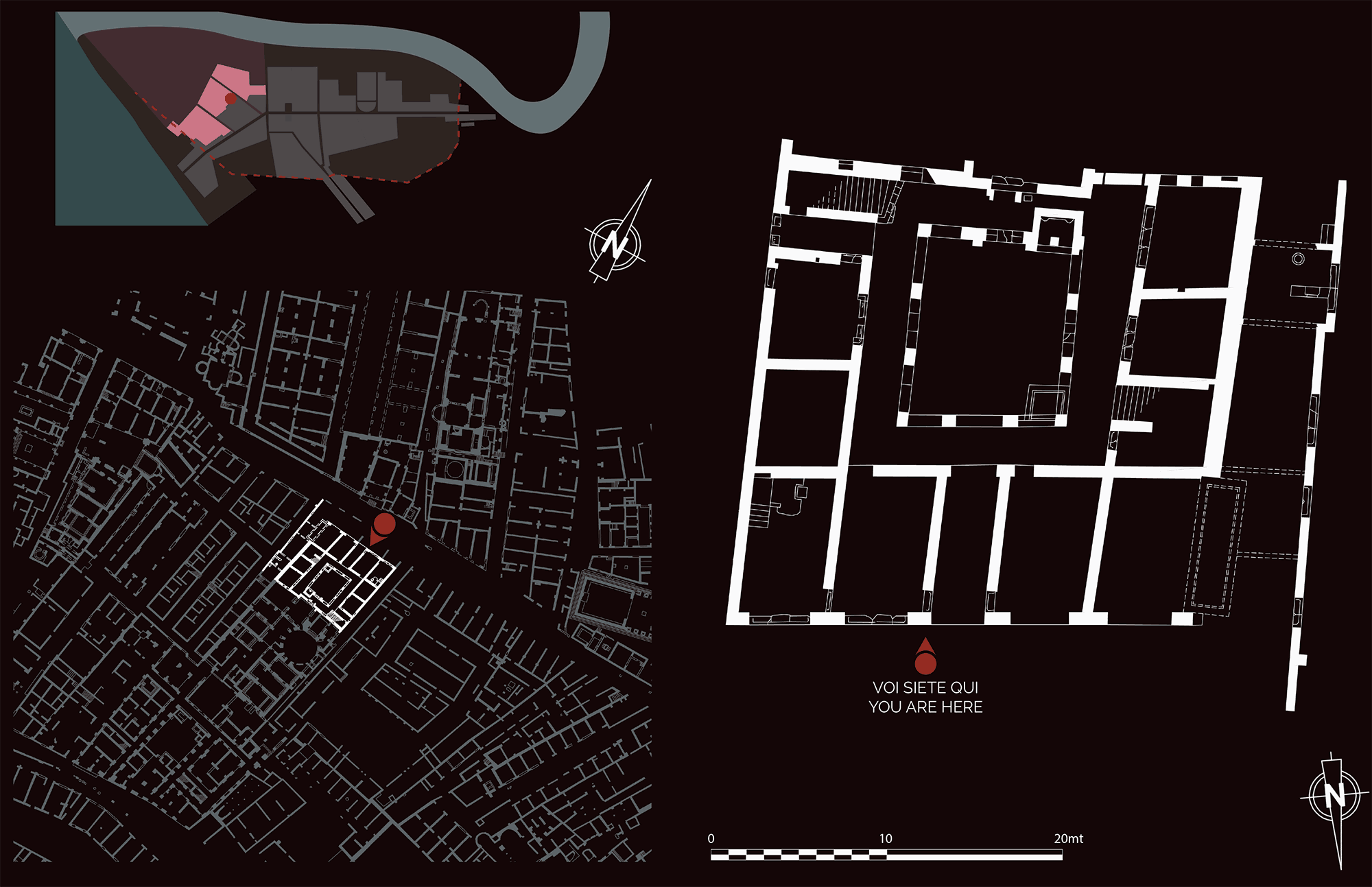 Together with the Caseggiato degli Aurighi and the Terme dei Sette Sapienti, the Caseggiato del Serapide makes up one of the city’s largest building complexes, unitary from a construction point of view.

The building, of the Hadrianic period (AD 117-138), had a courtyard with very tall brick pillars and at least two upper floors that could be reached from stairs located in the courtyard itself and occupied by apartments. 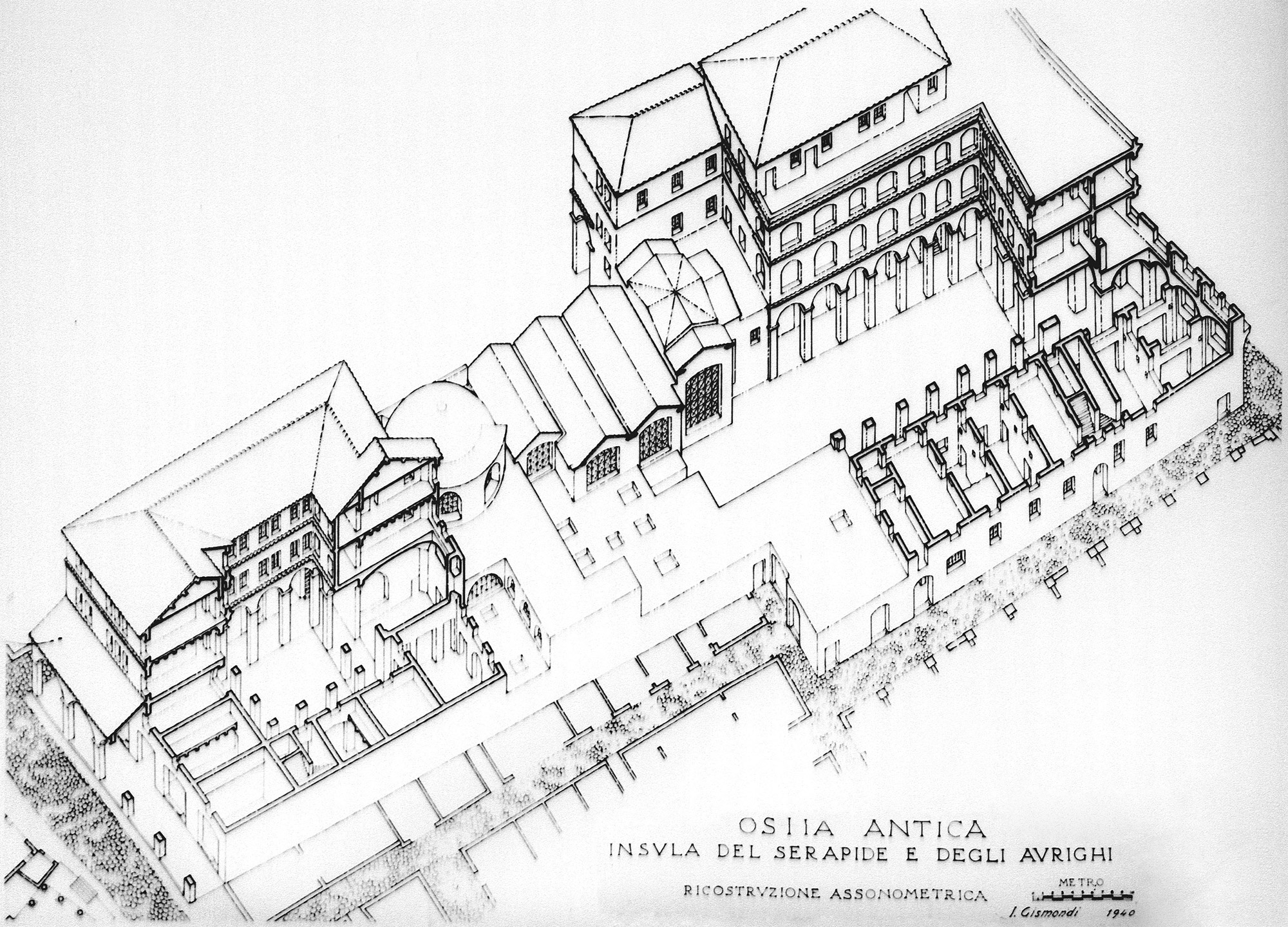 In the early 3rd century AD, a small cult building was constructed in the courtyard, with a stucco depiction of the god Serapis and other Egyptian deities at the sides.

A gateway decorated with stucco reliefs was also built, with a frieze of bucrania (ox heads, originally holding religious significance), which gave access to the next-door Terme dei Sette Sapienti.