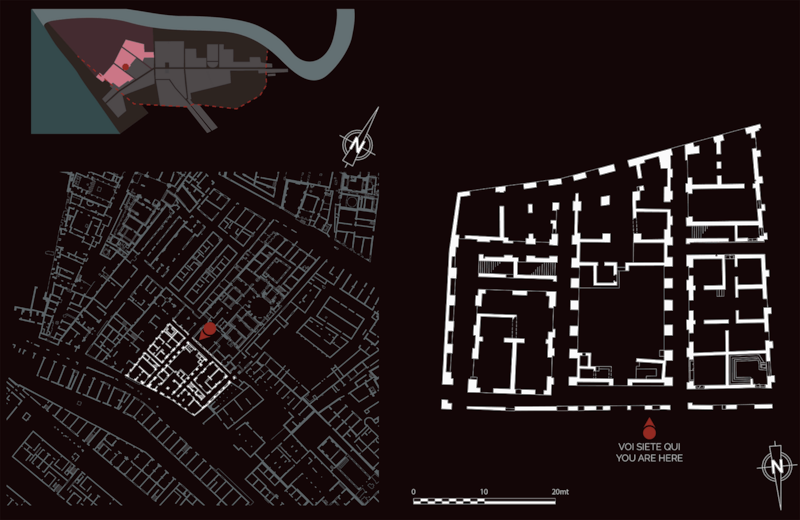 Constructed at a slightly later period than the other buildings in the block (in around AD 140), the complex takes its name from the paintings depicting two charioteers on two-horse chariots with the palm and crown of victory that decorate the corridor connecting the building to the Terme dei Sette Sapienti.

Opening onto the street through a double portico, the building had a large central courtyard overlooked by rented apartments and service rooms, distributed on at least three storeys. 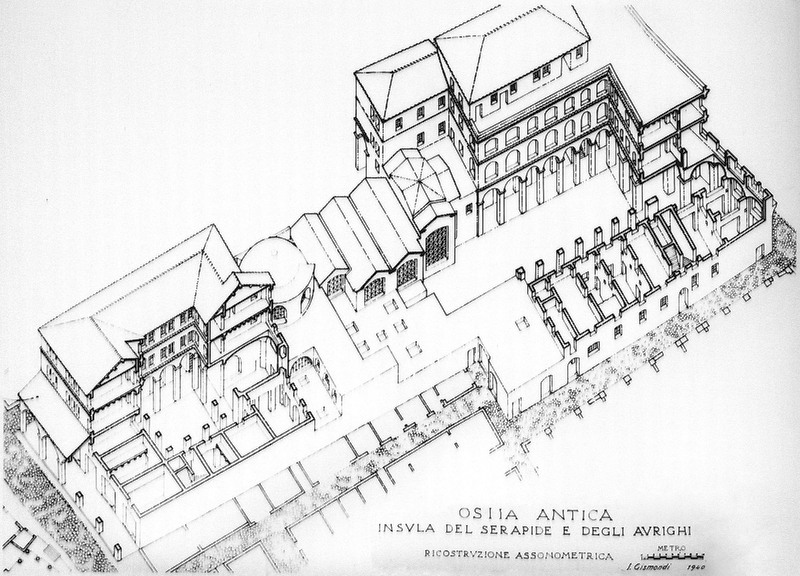 The apartments in the complex have preserved part of their painted decoration, which in some cases dates back to the original phase whilst in others it belongs to later renovations, testifying to the long continuity of the building.