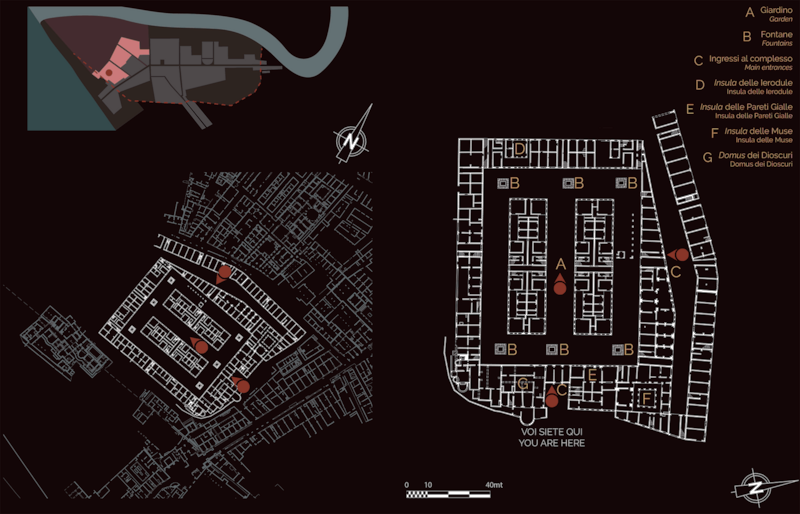 The Case a Giardino (Garden Houses), built in around AD 130 as part of a vast construction project, had a mainly residential function though they also included commercial and service spaces.

General view of the Case a Giardino after excavation

Reconstruction of the east façade of the west side of the rectangle
(M.A. Ricciardi)

The complex consisted of an external rectangle and two central symmetrical residential blocks, separated by an area laid out as a garden (A) with six fountains (B). 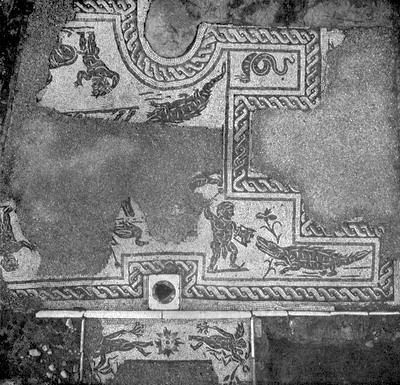 The buildings, at least three storeys high and accessed from the garden, had external staircases leading up to the apartments located on the upper floors, generally destined for rental.

The complex, as functional and elegant as a modern luxury apartment building, was inhabited by the city’s upper middle class, in an area near the sea and not too distant from the city centre.