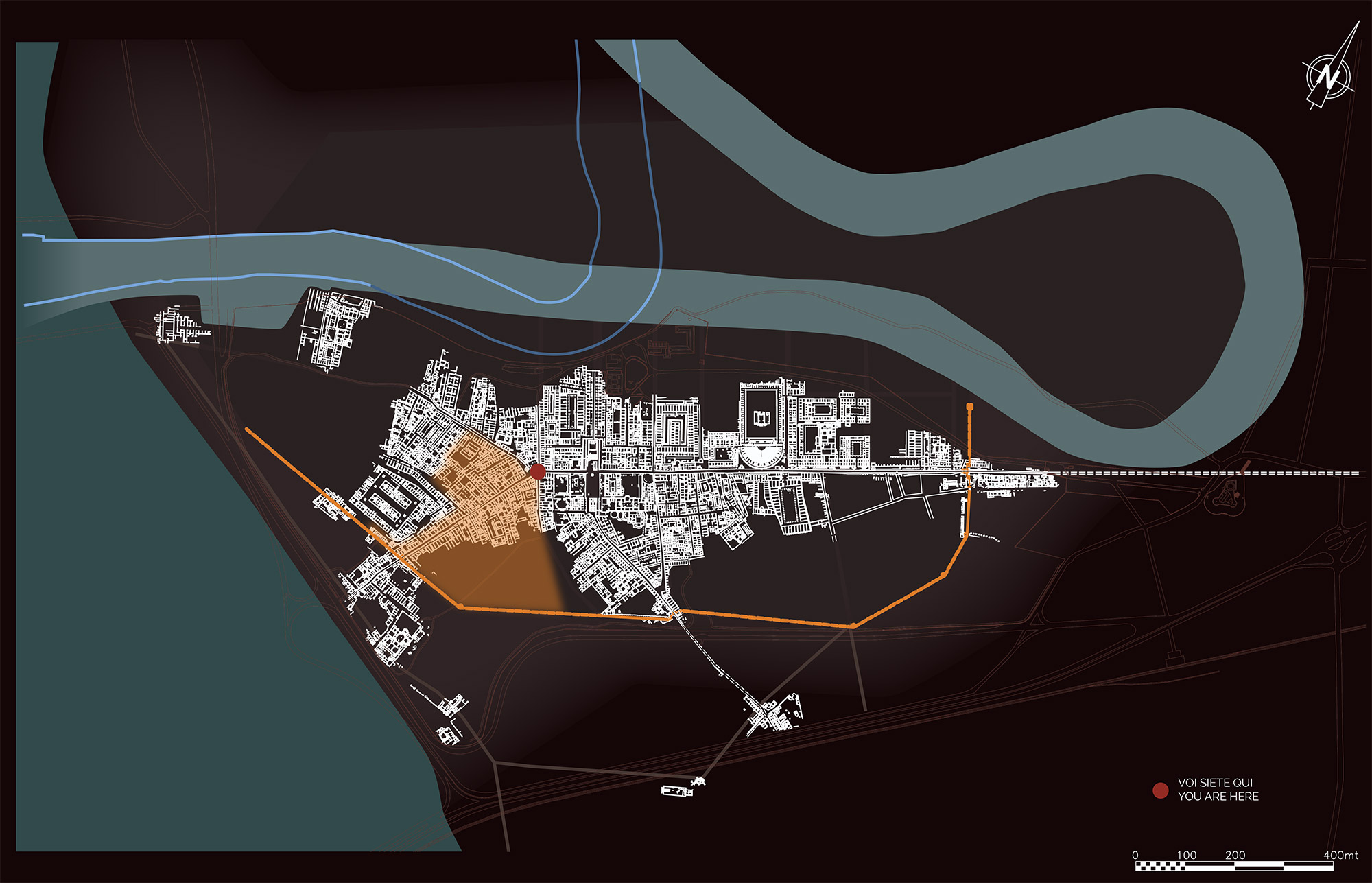 The area gravitating around the city’s most important and animated road junction, where the Decumanus and Via della Foce divide, and immediately outside the western gate of the castrum, was used mainly for commercial activities.

Among the most vivid and best-preserved evidence of these activities are the Tabernae dei Pescivendoli (fishmongers), running along the roadside front of a building interpreted by some as a macellum (meat market).

Ostia was home both to buildings used exclusively as markets and to more modest shops, inserted into the ground floor spaces of larger building complexes.

Goods arriving from all over the Mediterranean were bought and sold inside these; though intended mainly to meet the needs of Rome, the goods also fed a flourishing domestic market in Ostia.

In the immediate vicinity were monumental complexes connected to the professional associations like the Schola del Traiano, the probable seat of the fabri navales (ship builders), and their collegiate temple, on the opposite side of the Decumanus. 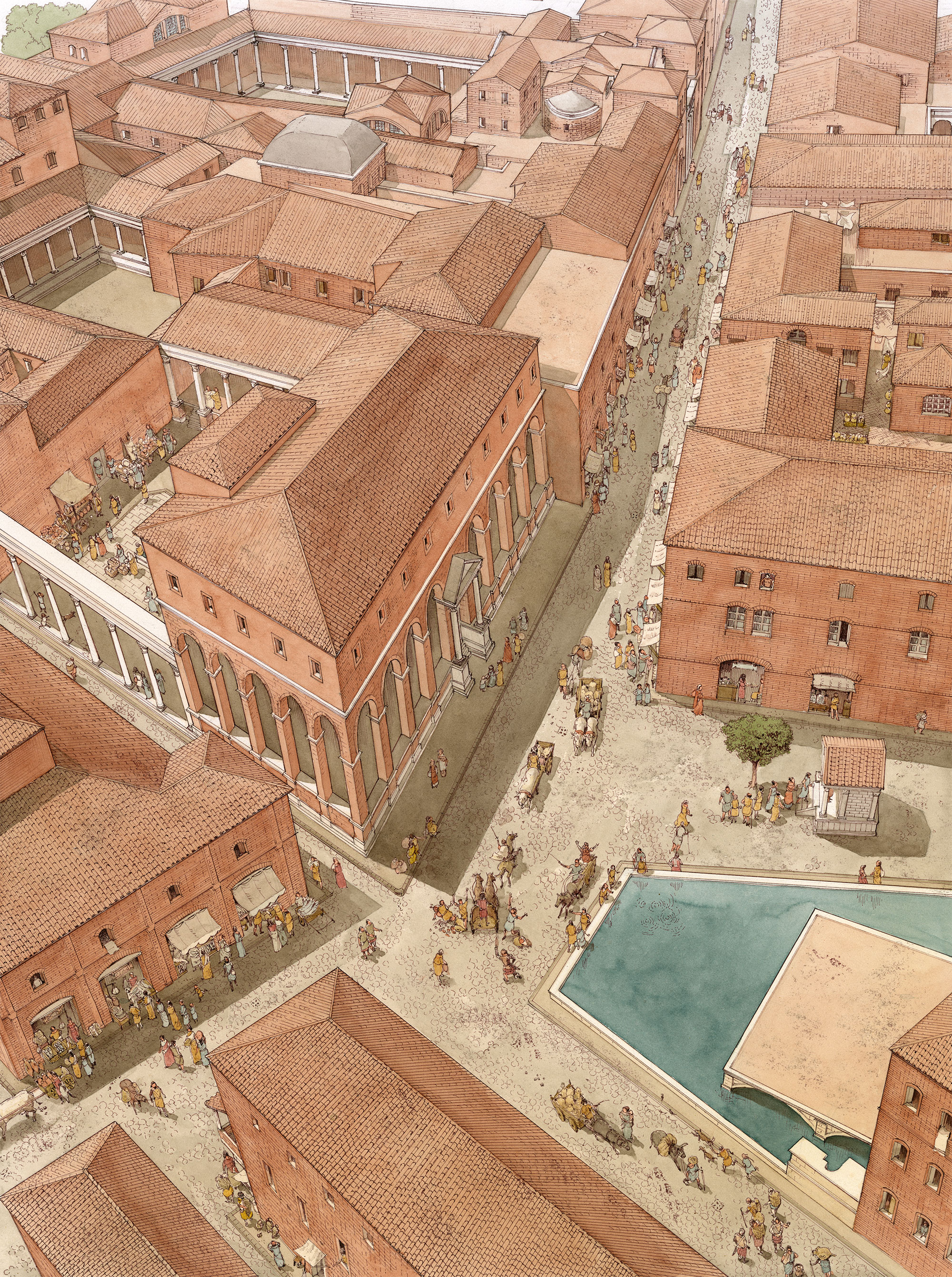