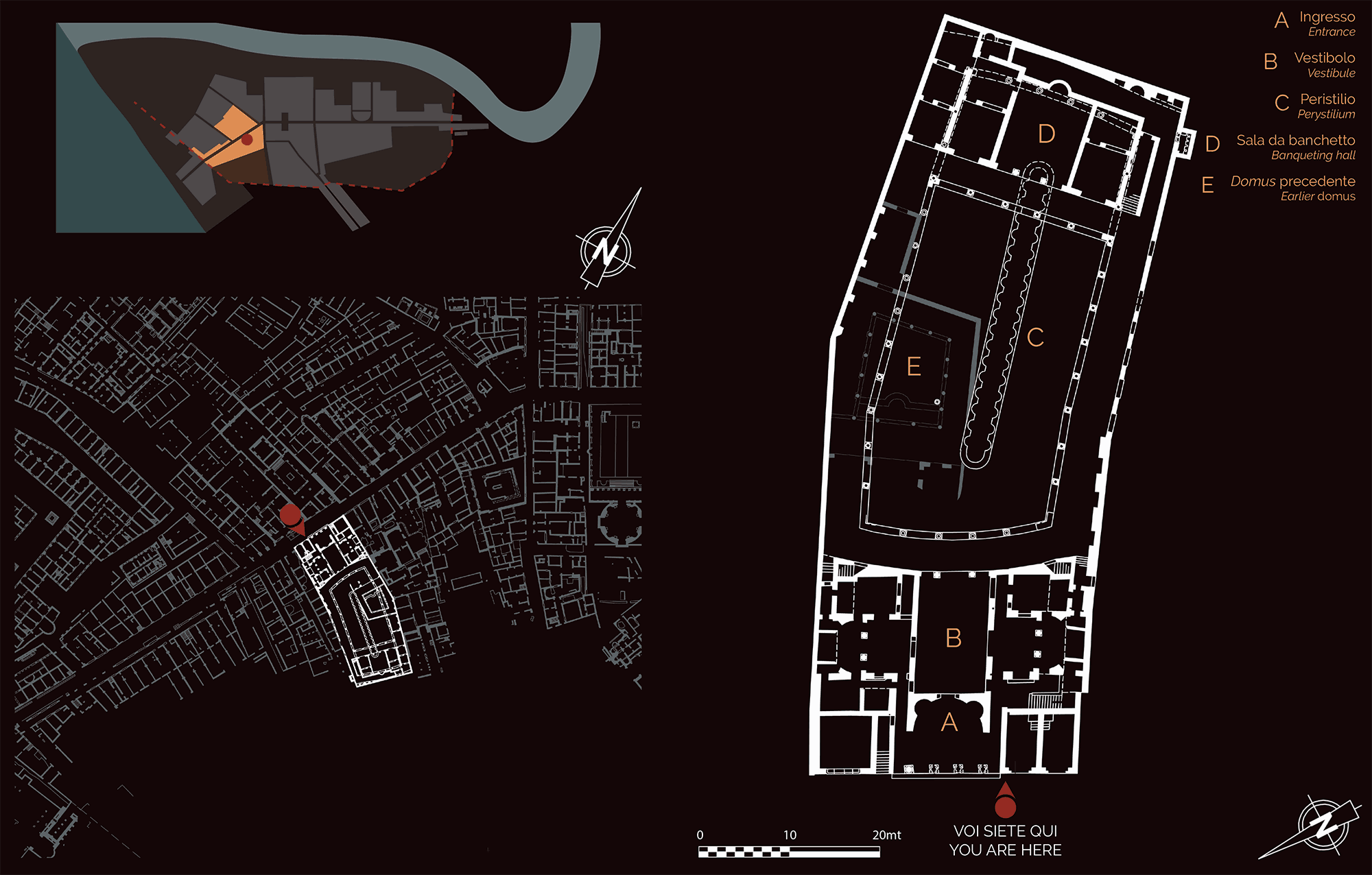 The building, probably the headquarters of the corporation of the fabri navales (ship builders), is traditionally dated in around the mid-2nd century AD, but recent studies have suggested a 3rd century AD chronology.

Its monumental façade is an exedra with columns (A) giving access to a vestibule with side rooms with niches (B), in one of which stood the statue of the emperor Trajan.

Inside, the building was arranged around a large courtyard with a brick colonnade and a central basin (C). Later, at the back of the courtyard a banqueting hall (D) and other public rooms were built, decorated with mosaic floors and wall paintings in imitation of a marble veneer.

The building was erected above earlier houses, the oldest of which (Domus dei Bucrani) dates to the 1st century BC. The remains of a domus (house) of the early Imperial period (E) can still be seen in the courtyard of the Schola, including a peristyle and some mosaics.