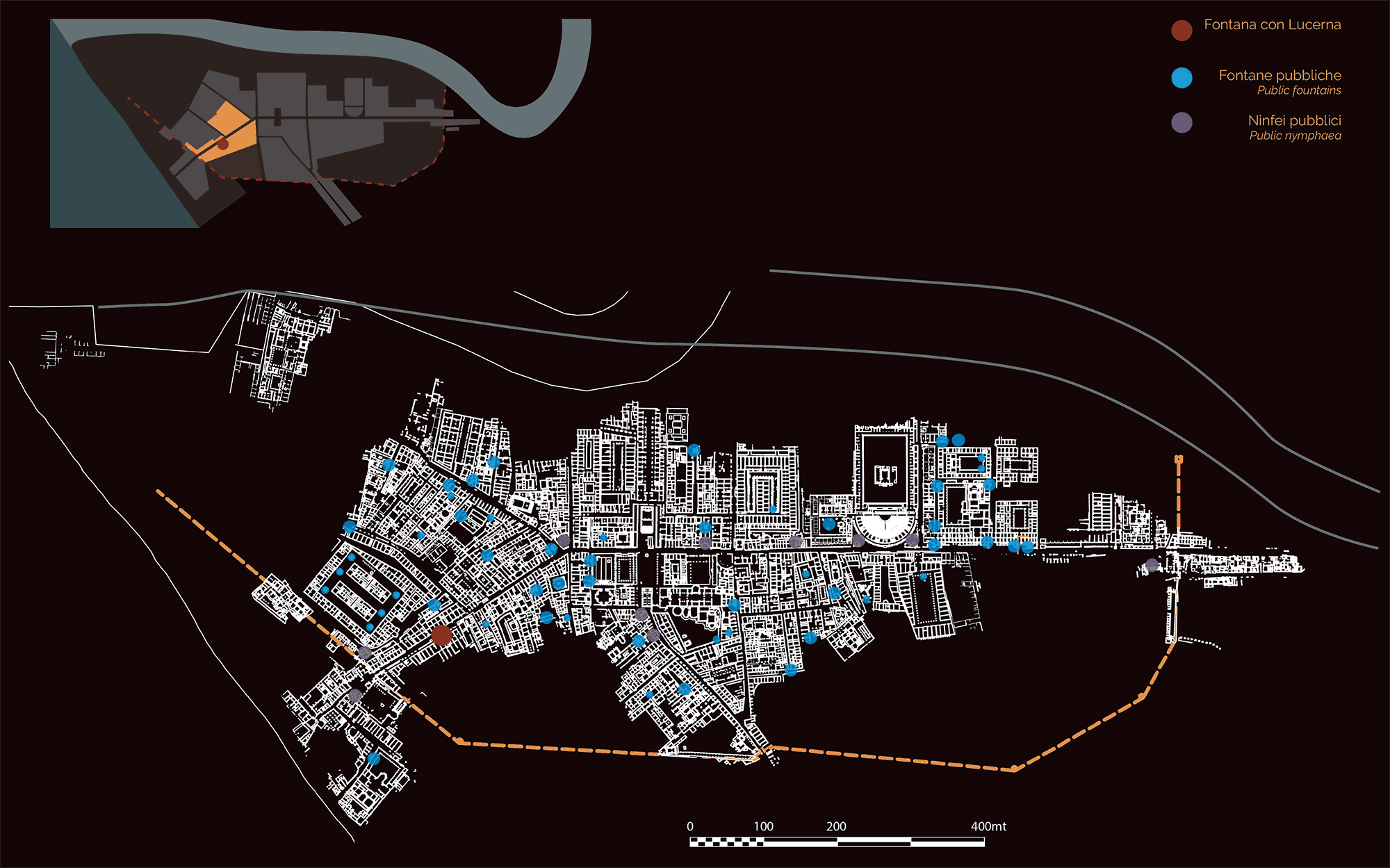 This fine marble fountain stood along the Decumanus in front of the long portico built in the Hadrianic period (AD 117-138) to monumentalize the street.

There was probably already a basin lined with hydraulic plaster on this spot from the Augustan period (late 1st century BC – early 1st century AD); the fountain was raised in the Hadrianic period to match the new street level and lined with marble in the 3rd century AD. 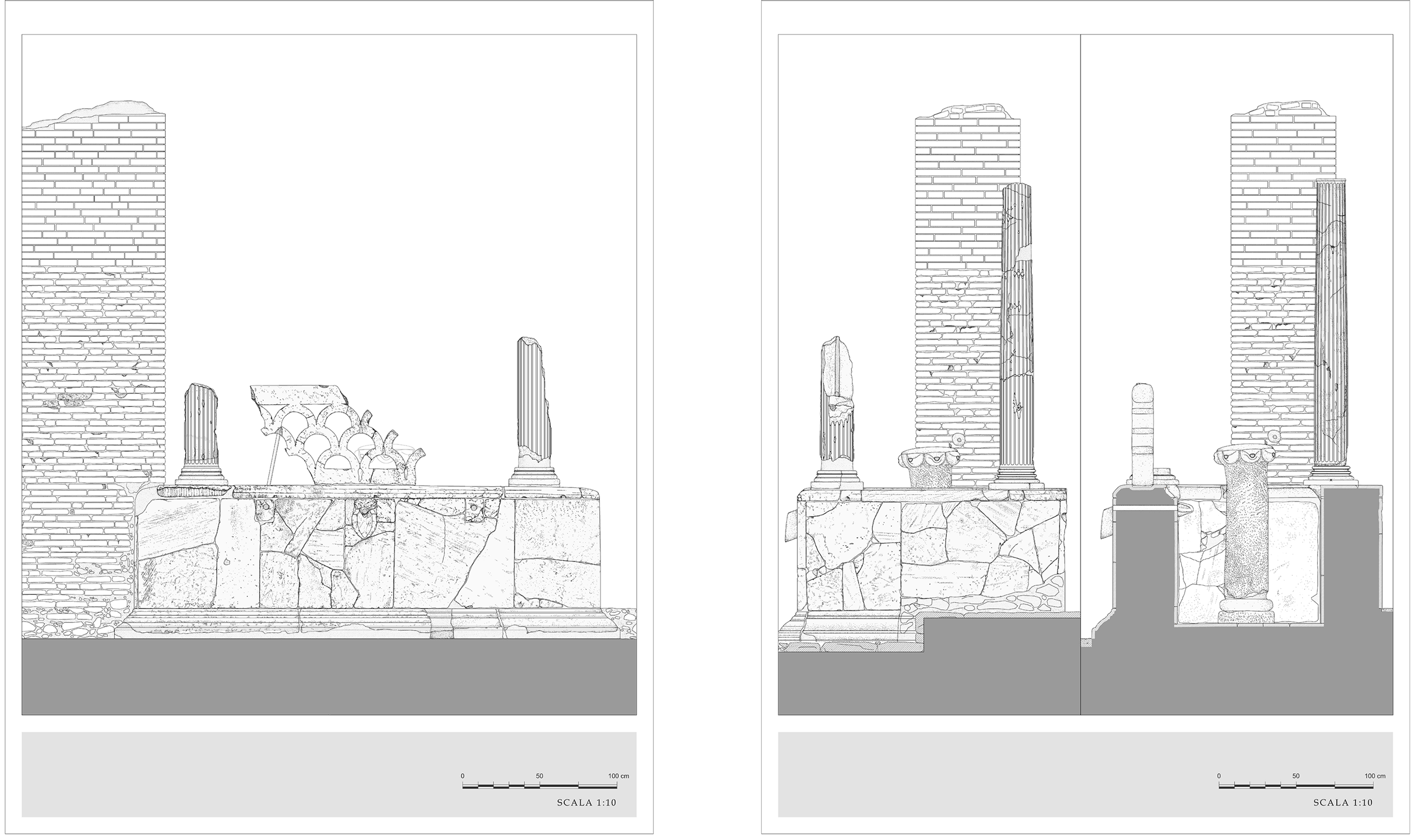 Elevations and section of the fountain
(E. Santucci)

The fountain took the form of a basin decorated with a screen and completely covered in marbles, with columns that may have supported a pergola.

At the centre of the basin was a little pillar whose top was shaped like an oil lamp from which water gushed forth.