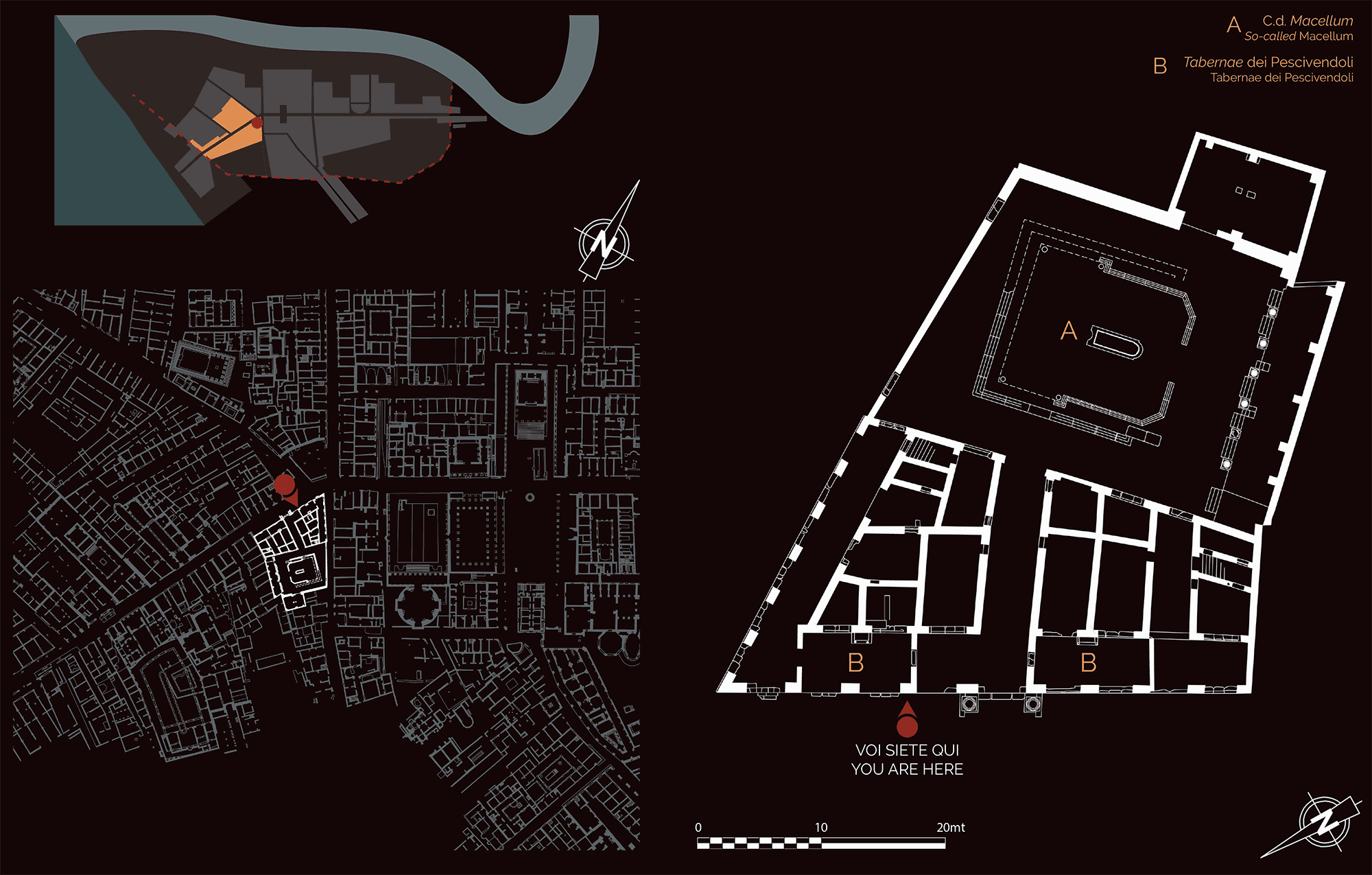 The so-called Macellum, traditionally interpreted as a meat market (though recent studies have queried this function) is located near one of the city’s main crossroads.

It develops around a courtyard whose walls belong mainly to the mid-2nd century AD.

The paving and the central basin, made of reused marble, belong to a later phase (4th century AD), as do the podium with a colonnade at the end of the courtyard and the connected façade with niches, perhaps a nymphaeum.

The Macellum is accessed from the Decumanus through an entrance with columns at the sides of which, in the first half of the 3rd century AD, two tabernae (shops) were created, provided with counters for selling fish and marble basins.

The left-hand room preserves a mosaic depicting a dolphin eating a squid, with the inscription “inbide te calco” (“envious creature, I trample you”), as it was thought that dolphins disrupted fishing.

Detail of the mosaic in one of the tabernae (shops)