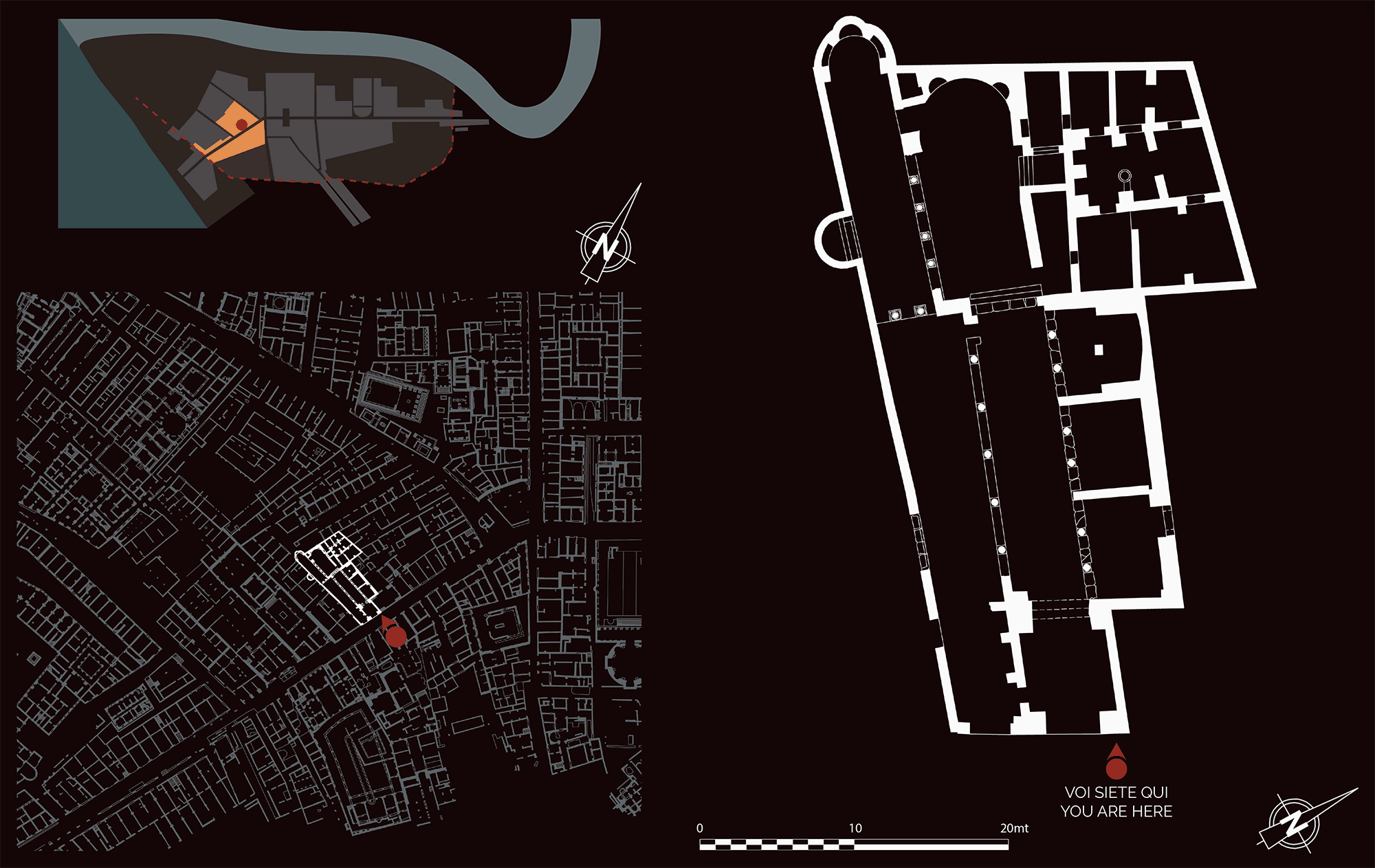 This building has traditionally been interpreted as a Christian cult place given the presence on a lintel of an inscription with a Christogram (a monogram with the initials of Christ’s name). In fact, it was probably a domus (house), built in the late 4th century AD and perhaps belonging to the family of the Tigriniani.

The irregular layout is explained by the superimposition of the domus on an earlier building with shops, a lane and a bath complex.

It was subdivided into two long halls separated by a colonnade, ending in apsidal rooms (a hall with niches for statues and a nymphaeum).

Three rooms introduced by columns opened onto the right-hand hall, perhaps used for philosophical meetings or as a school for new converts given the presence of the Christian symbol.

Inscription on the architrave with a Christogram