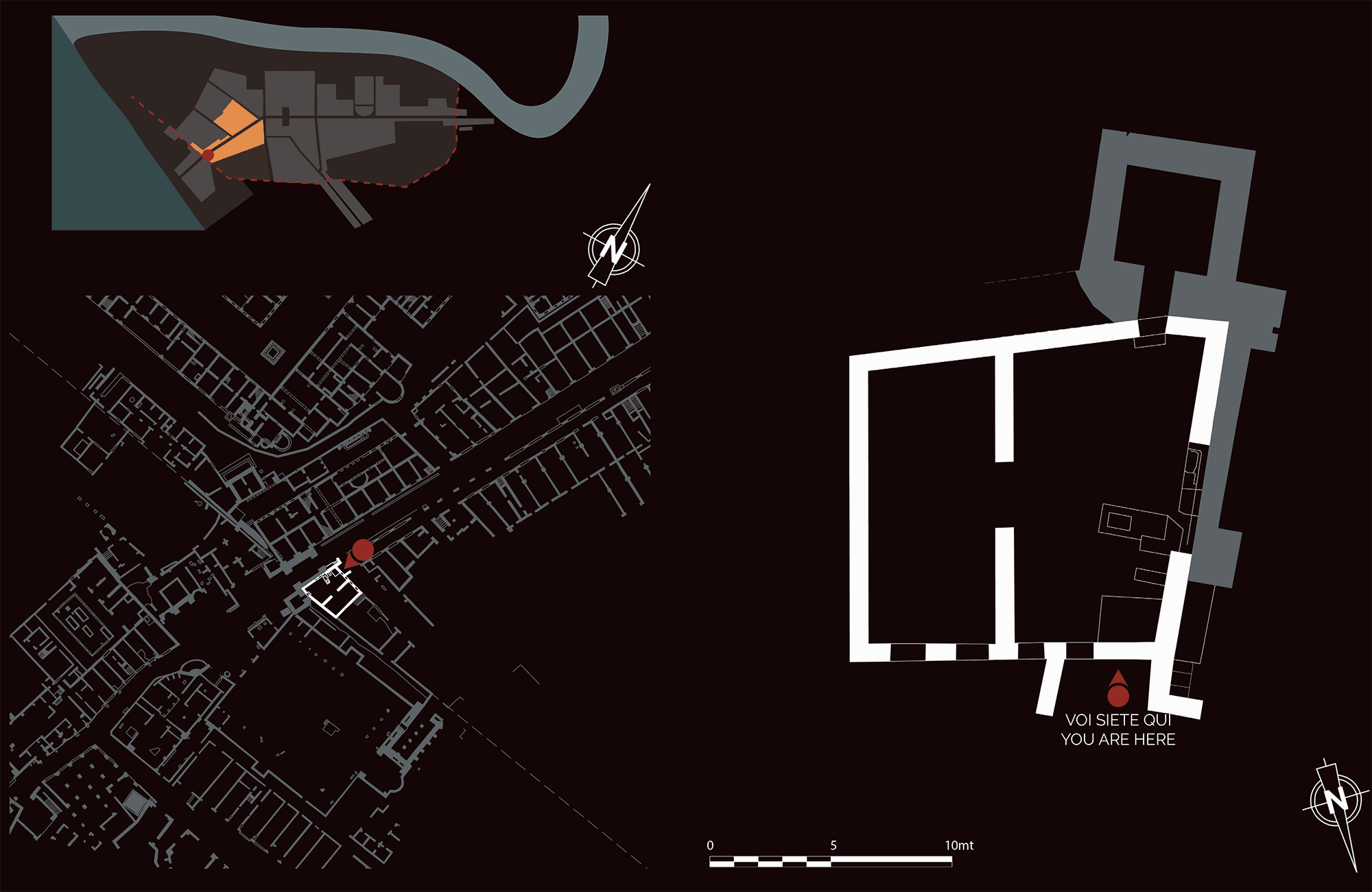 In around the mid-2nd century AD, this building occupied the tower and the rooms on the east side of the Porta Marina, now no longer in use.

In the first construction phase, the building took the form of a simple shop, opening onto the Decumanus through a large door with a threshold.

In the 3rd century AD, the shop was turned into a caupona (inn) with the addition of basins and sales counters covered in marble.

Dating to the same period are the mosaic floors, depicting a naked Venus, two grotesque dancing figures and two boxers ready for the fight, identified by the inscriptions as Alexander and Helix. 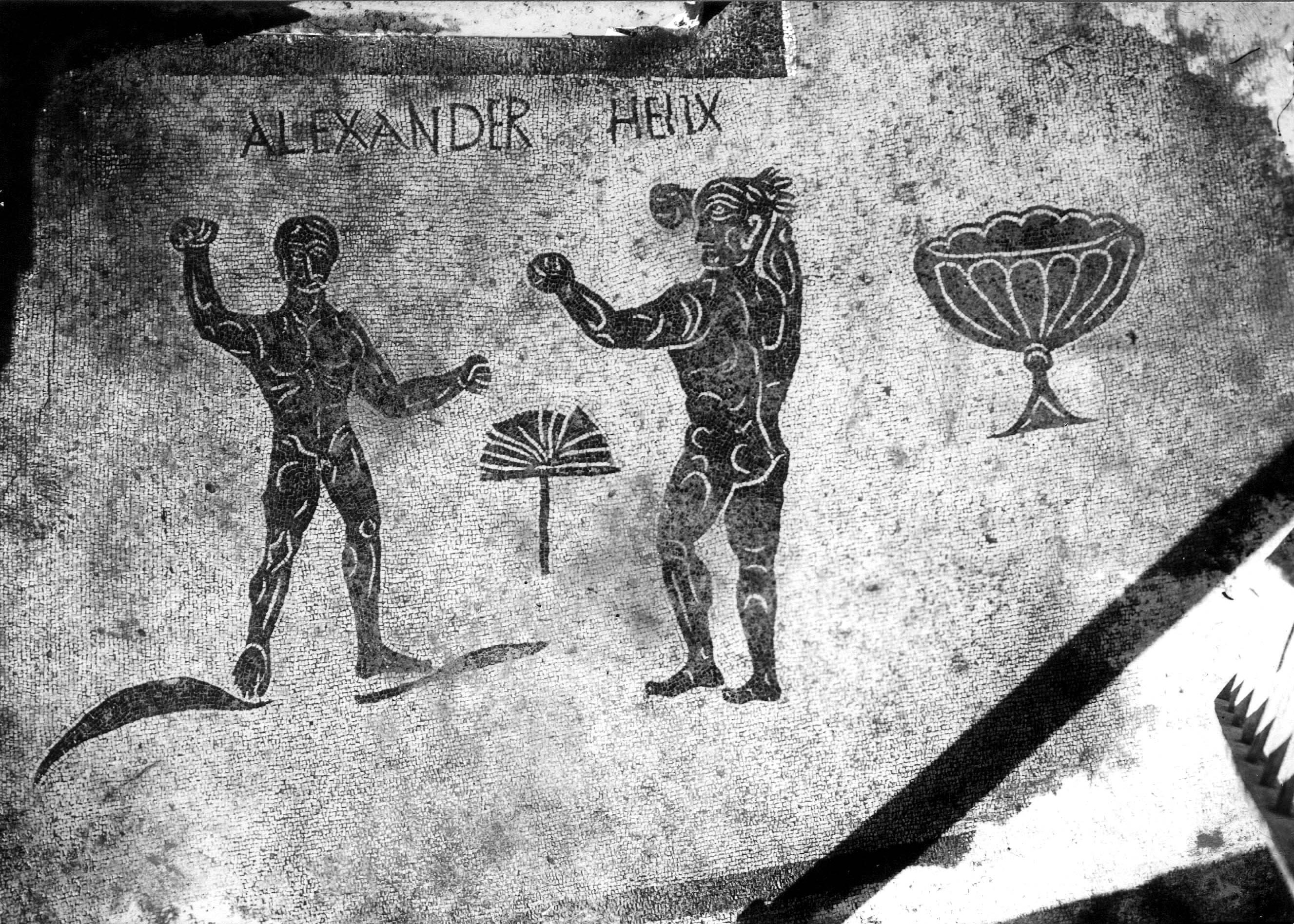 Mosaic with a depiction of Alexander and Helix