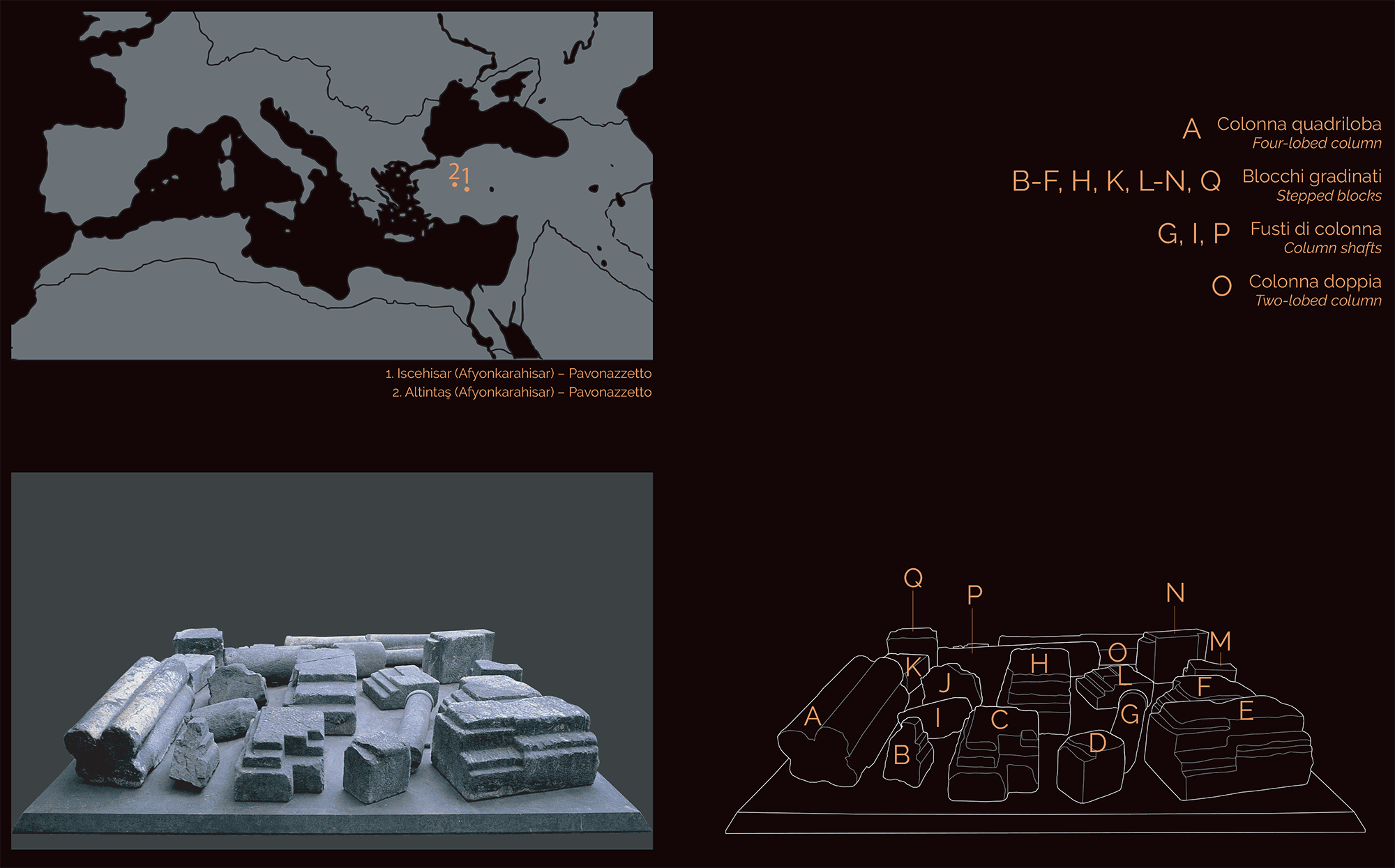 Pavonazzetto marble, extracted from the quarries of Phrygia from the mid-Augustan period (late 1st century BC – early 1st century AD), was counted among the most prized marbles and was prevalently used for sculpture groups: prominent among these were the statues of subjugated Barbarians (also known as Phrygians), to which the use of this marble was well-suited.

Revetment panels – for the production of which the stepped blocks were destined – adorned important public buildings, whilst column shafts, like those of the Capitolium in Ostia, embellished Imperial architecture.

View of the quarry of Bacakale at Iscehisar
(Bruno M. 2010)

The four- and two-lobed columns (A, O), to be separated once they reached their destination, illustrate means of safe transport.