The Marbles - Area 7 - Marbles from Via Redipuglia 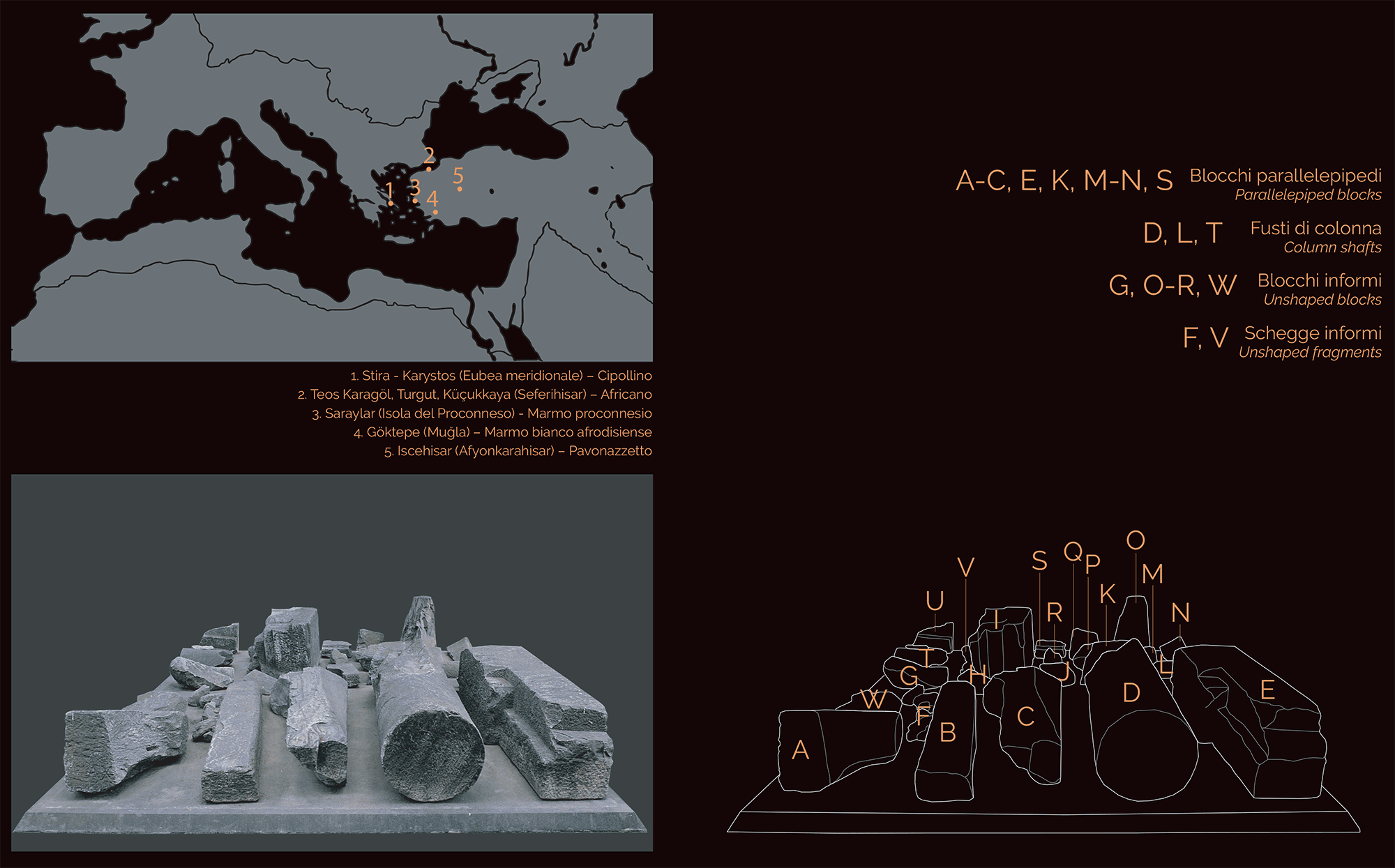 Collected in this area are artefacts, blocks, shafts and architectural elements, recovered in the early 1990s along Via Redipuglia, on Isola Sacra.

The most frequently attested marble is cipollino, followed by a substantial number of fragments of africano, architectural elements in Proconnesian marble and a block of pavonazzetto.

A fair number of fragments are in Aphrodisian white marble from Göktepe: this is a fine-grained marble that was favoured for Imperial portraiture starting from the early 2nd century AD; an example is the posthumous portrait of Trajan from the marble workshop near the Theatre. 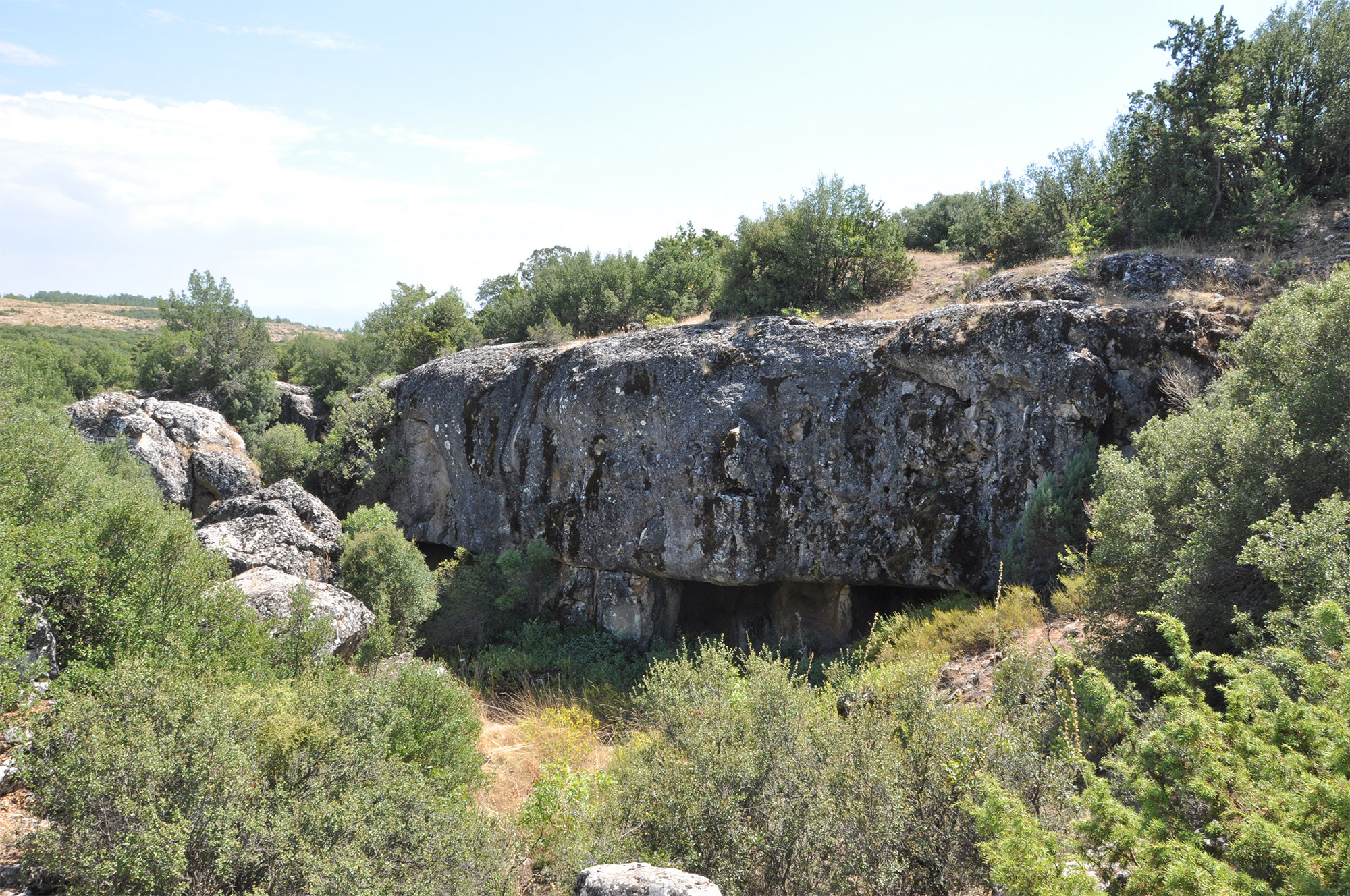