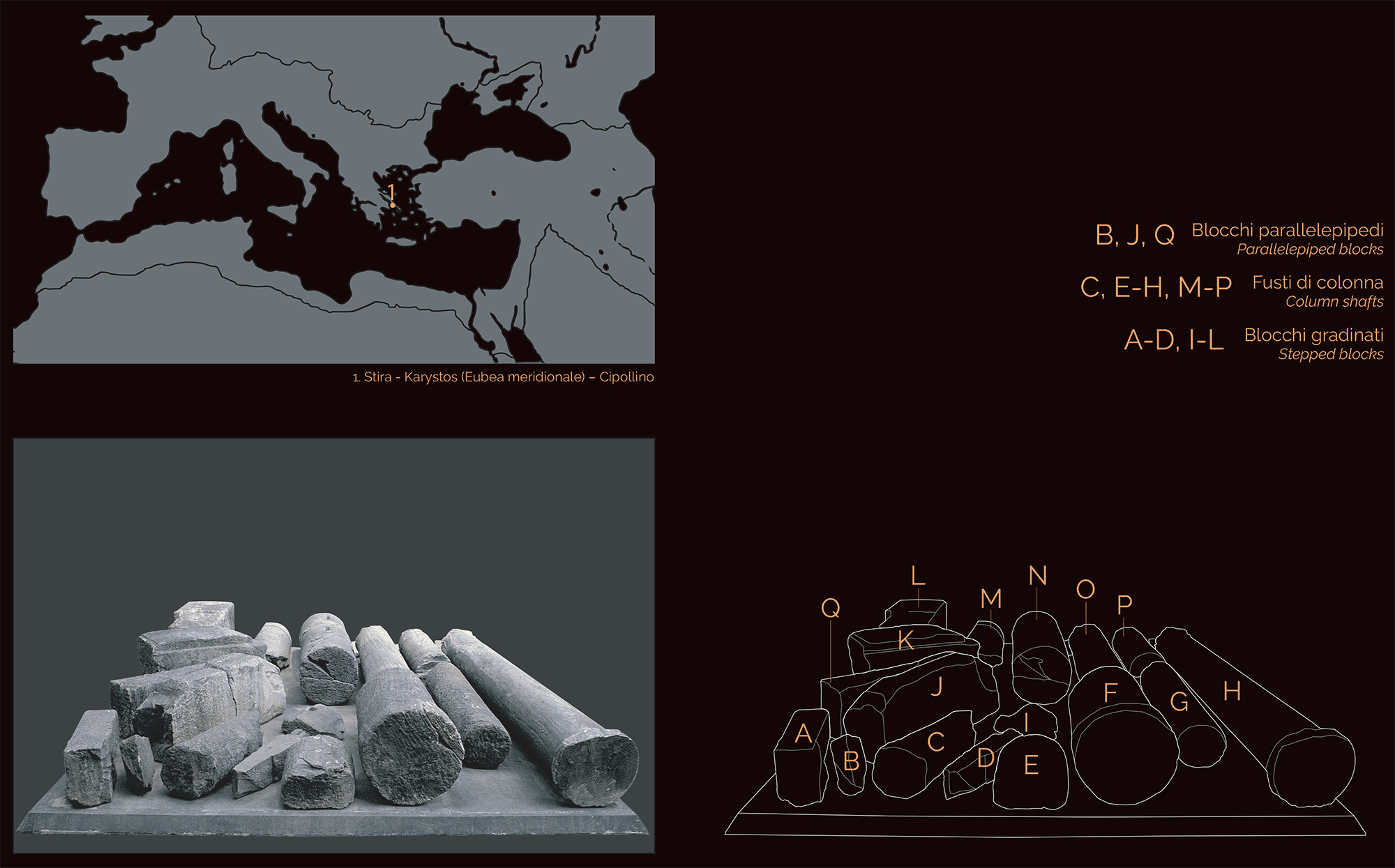 The different stages of making large column shafts are documented in detail at the quarries of Kylindroi near Karystos.

The heavy blocks were exported at different stages of finishing, as shown by some of the pieces on display: the almost completely finished intact shaft (H) illustrates the final stages, carried out by specialized stonecutters at the statio marmorum on Isola Sacra. 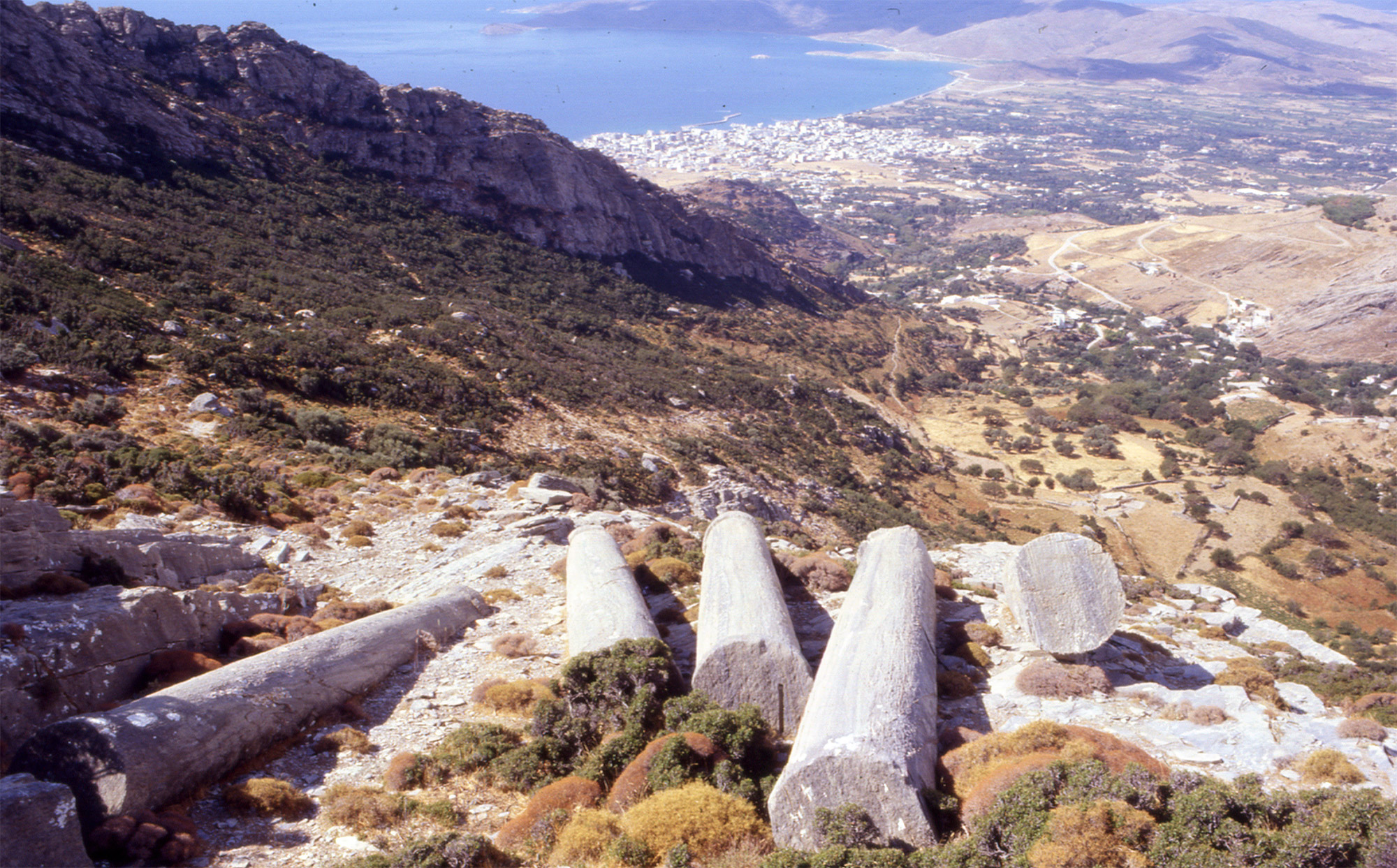 Other cylindrical pieces, without mouldings at the ends and lacking the tapering of the shaft, were destined for the production of marble discs to be used in floor decorations. 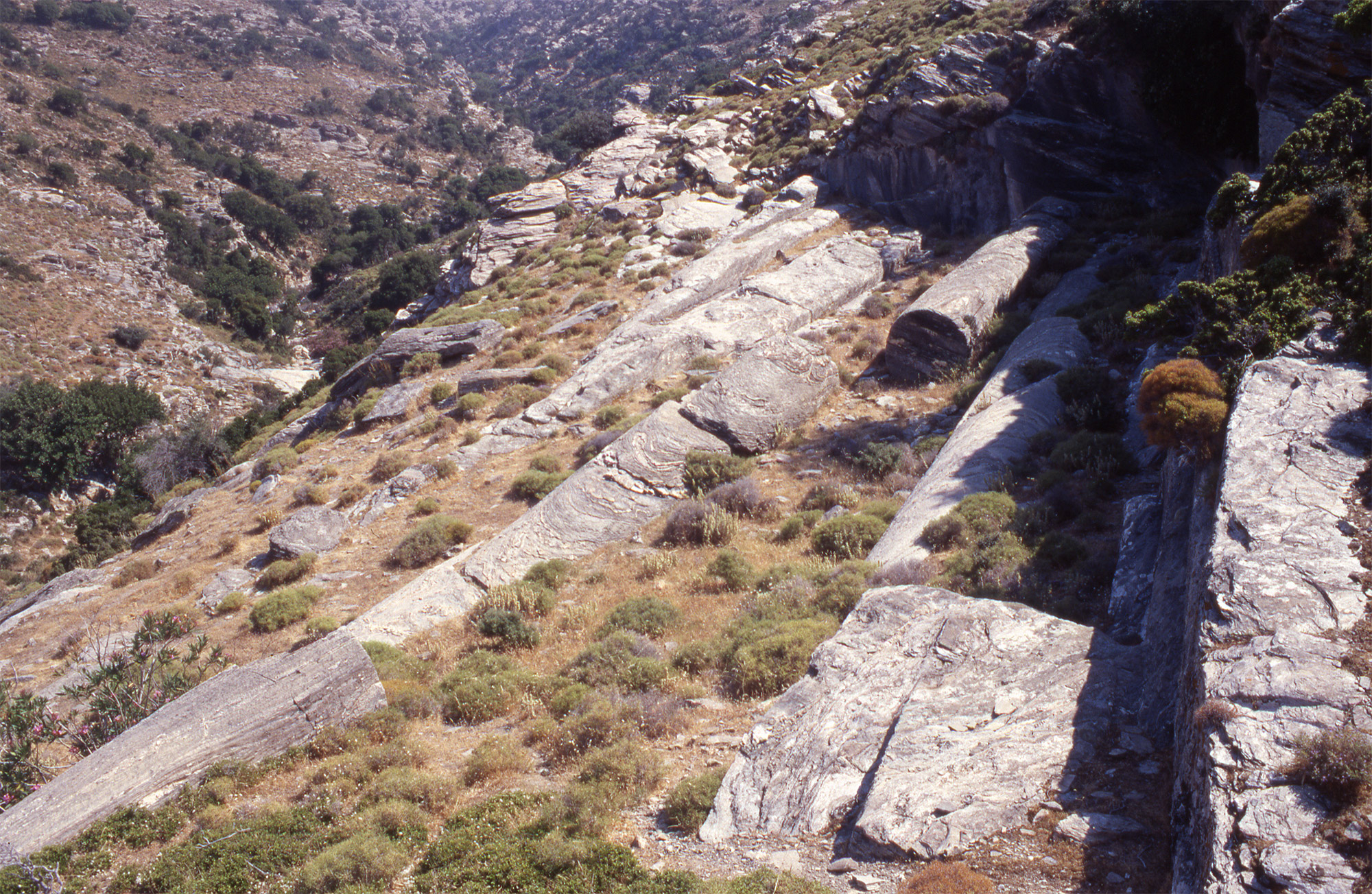 Karystos. The Aetos quarry with shafts damaged during extraction and abandoned at the site
(Bruno M. 1992)