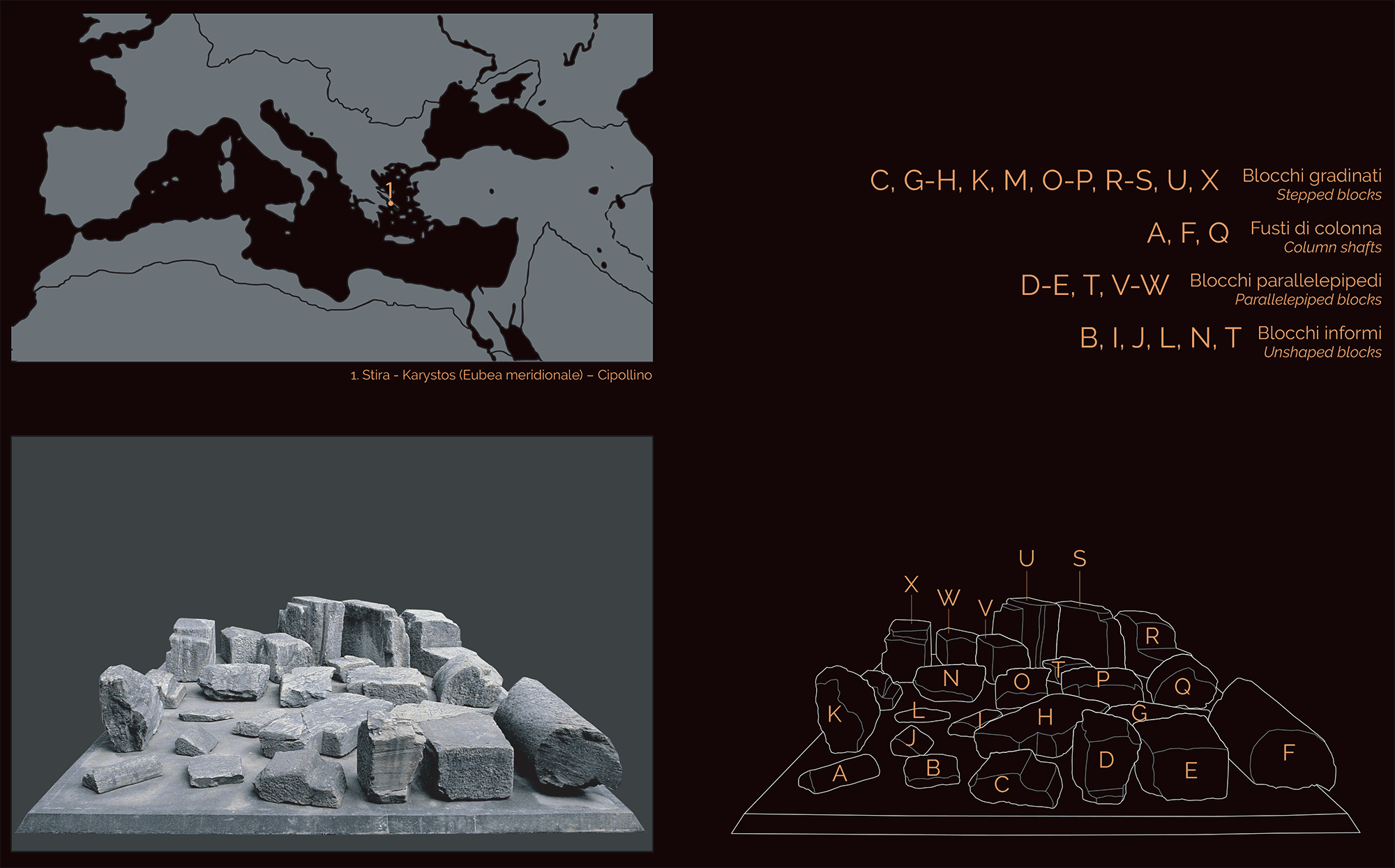 Cipollino marble was extracted along the western coast of southern Euboea.

Introduced to Rome during the Augustan period (late 1st century BC - early 1st century AD), it was used for column shafts and revetment panels for the most important complexes in the city and provinces.

Its use at Ostia is attested by column shafts in the frigidarium of the Terme del Foro and in the façade of the Tempio Rotondo.

However, the only known sculpture in cipollino marble is the crocodile used as a fountain in the Canopus at Hadrian’s Villa. 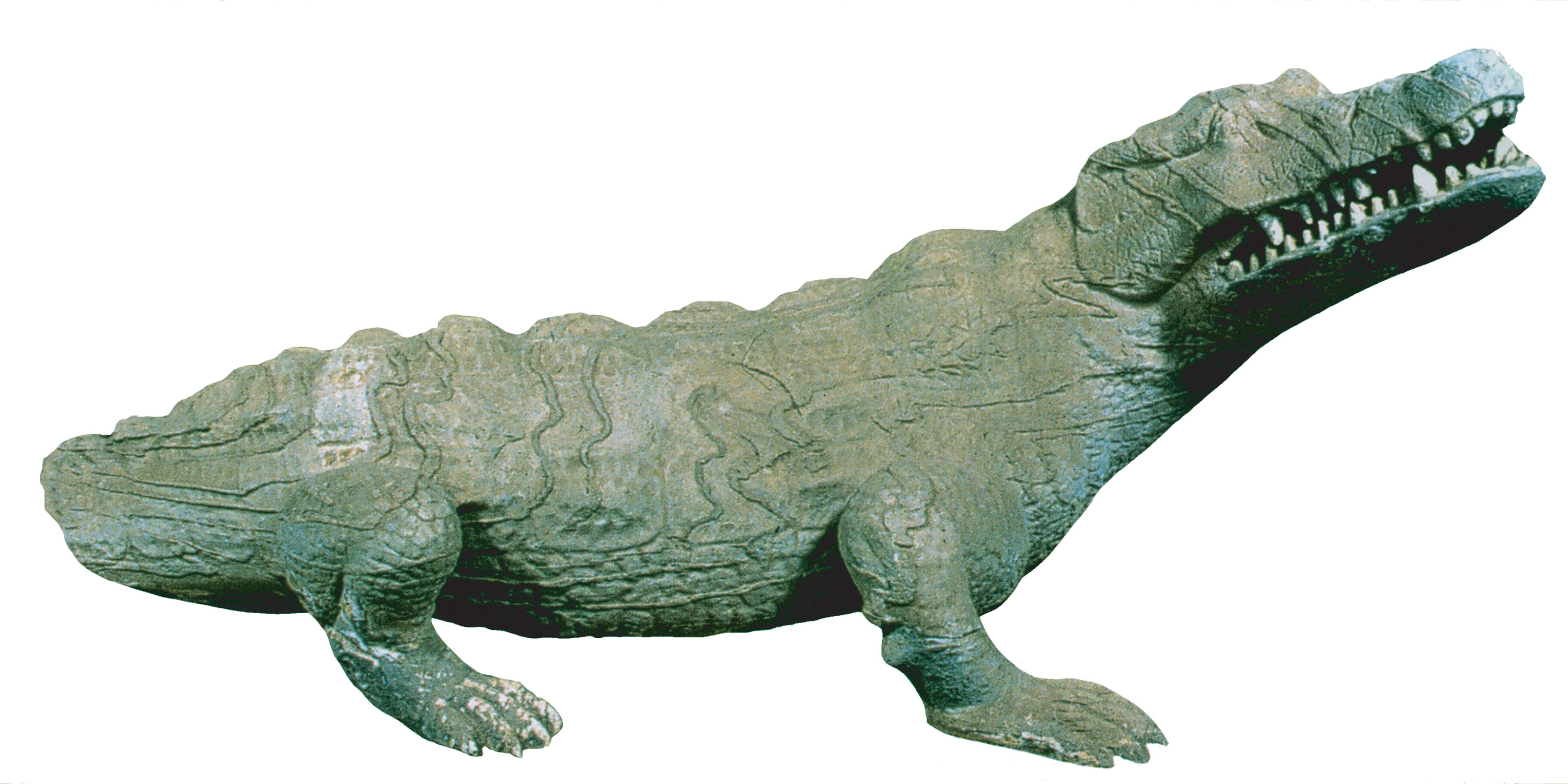 The few dates, indicated with the name of the consuls and carved onto the blocks, refer to the checks carried out at the statio marmorum (marble store) of Portus, whilst lead seals are completely absent. 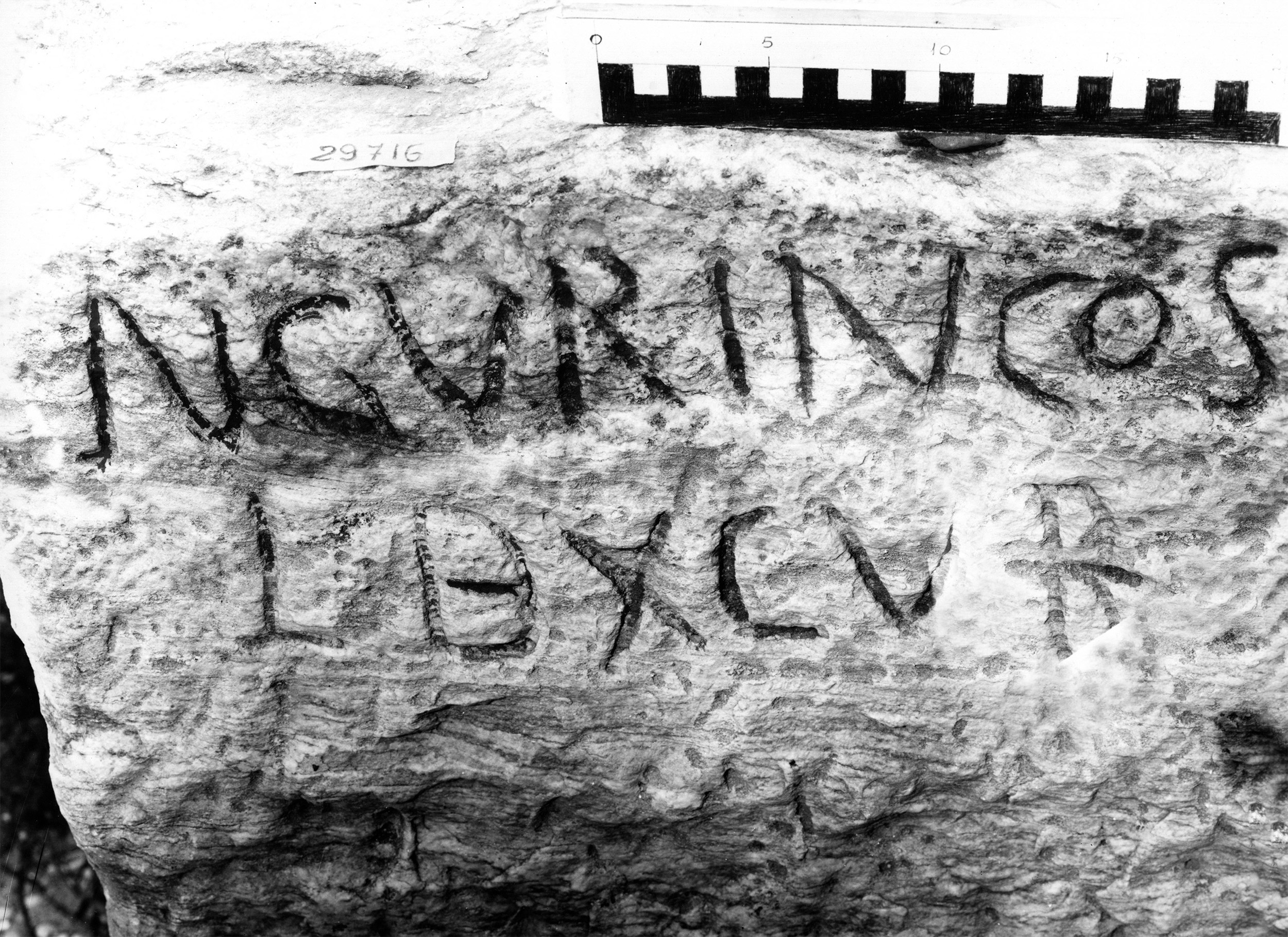