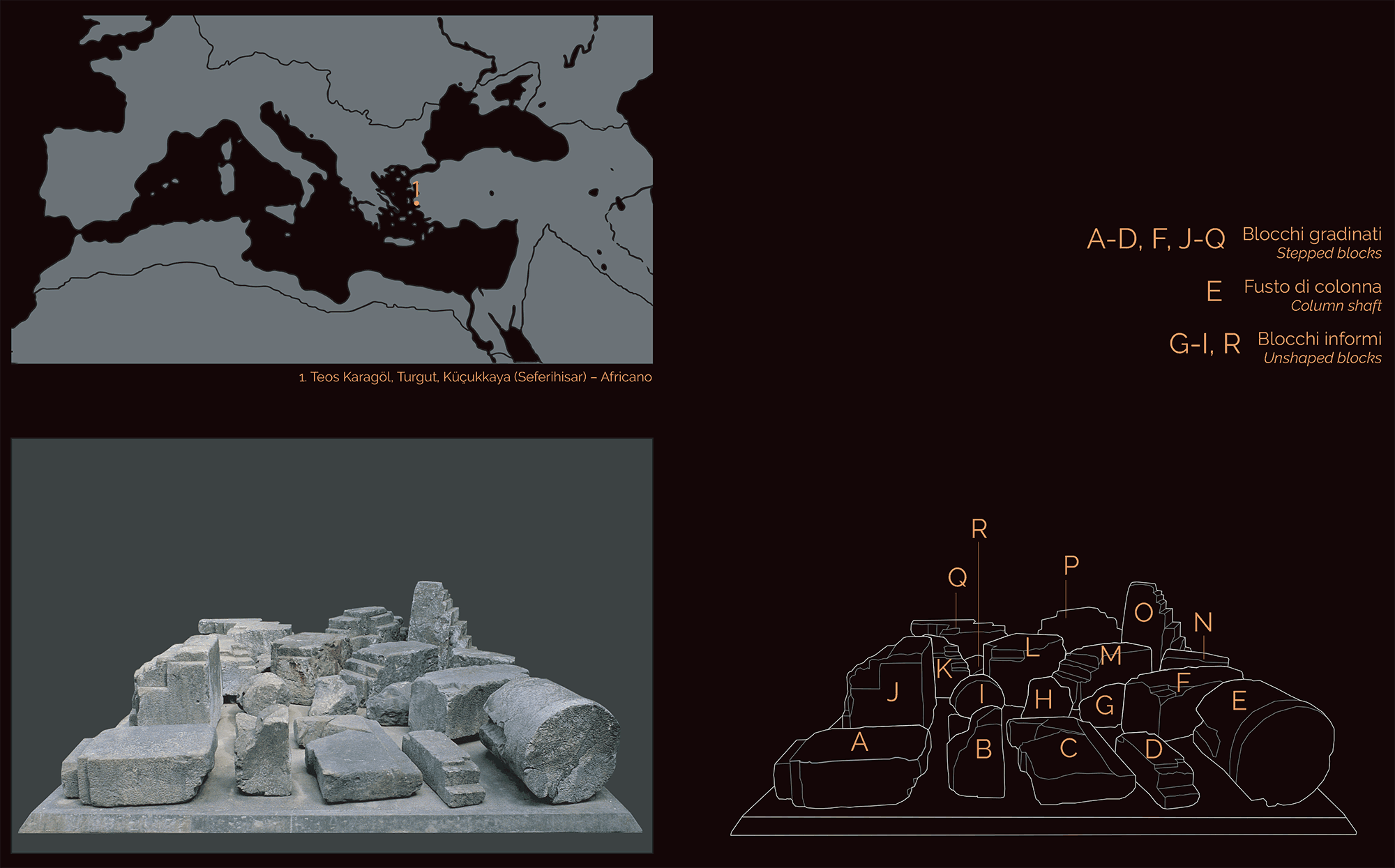 Lucullan marble was quarried at various sites in the vicinity of Teos in Asia Minor and was introduced to Rome during the 1st century BC.

This is one of the coloured marbles most typical of Augustan architecture (late 1st century BC – early 1st century AD), but the two large thresholds of the Pantheon in Rome and of the Capitolium in Ostia show that it was still used in particularly important buildings during the Hadrianic period (first half of the 2nd century AD), when the quarries must already have been exhausted for some time. 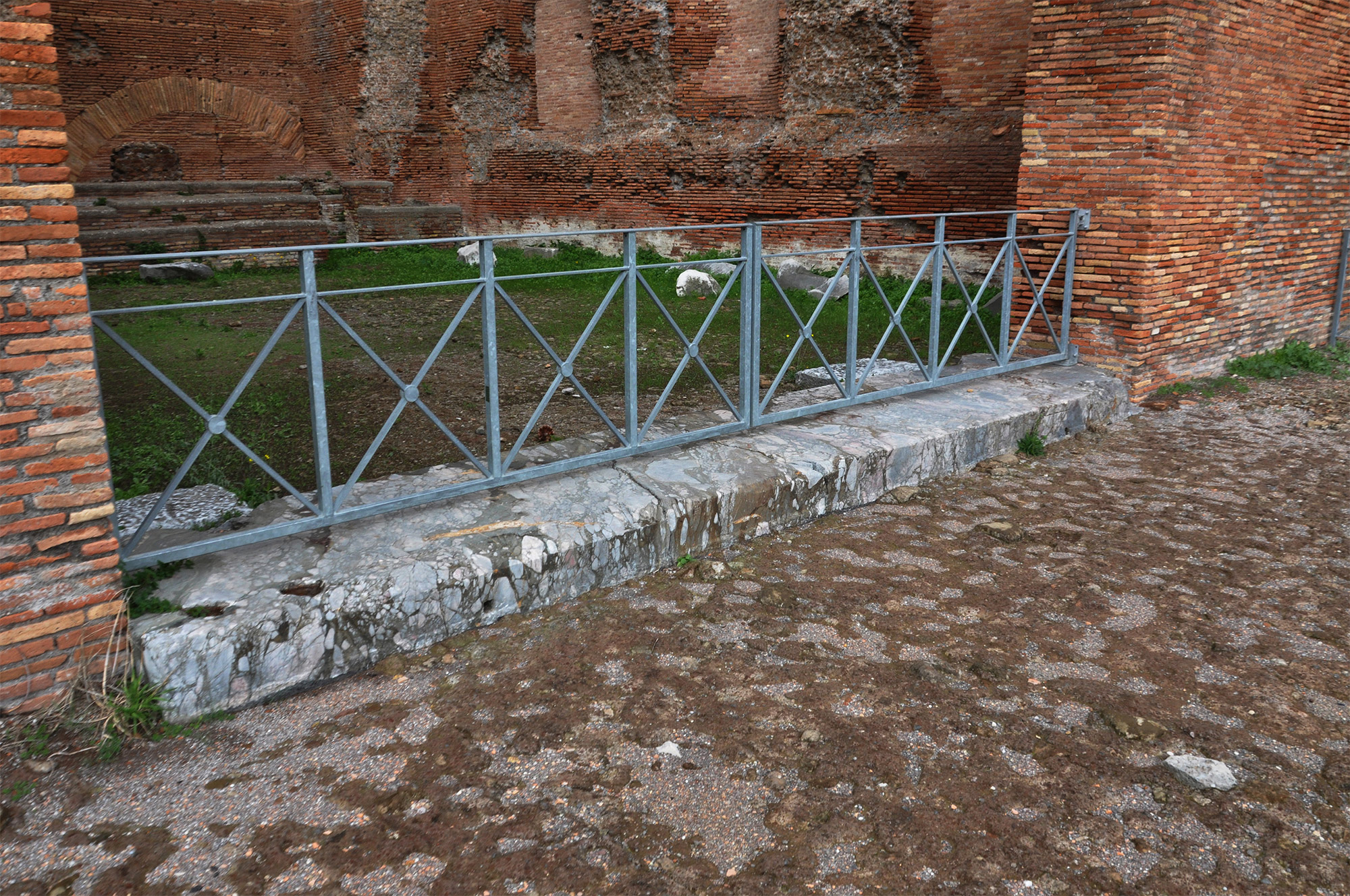 The stepped blocks (A-D, F, J-Q) were destined for the production of revetment panels, whilst the depressions for metal brackets on the large roughly carved column shaft (E) clearly document ancient repairs made to pieces damaged during extraction.