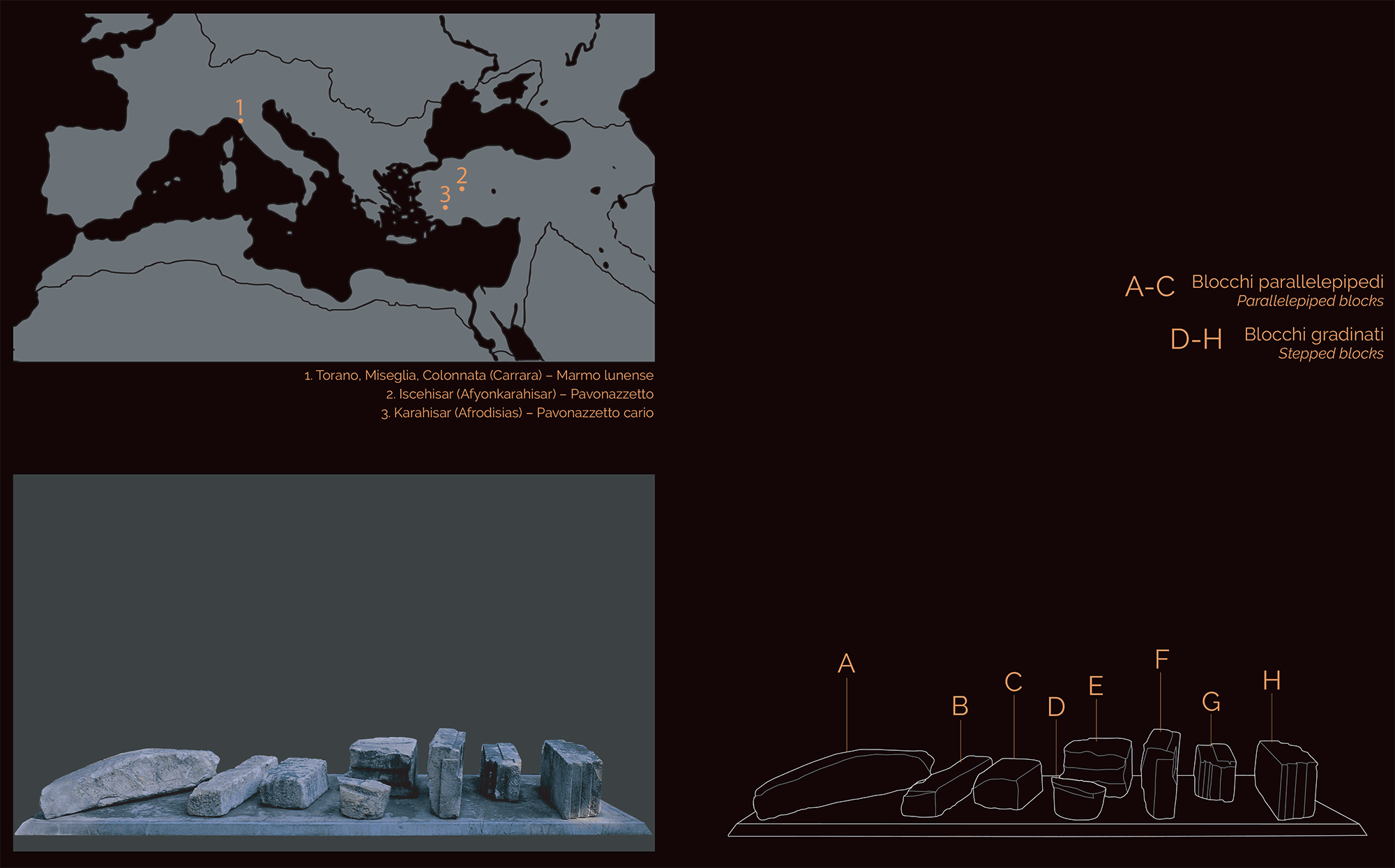 The five blocks of stepped parallelepiped shape are of eastern origin: some can be identified as less prized variants of the more famous pavonazzetto marble, whilst others come from a quarry at Aphrodisias in Caria, where a marble of a type similar to the former was extracted.

Three blocks, two parallelepiped and one unshaped of large size, are in Luni marble and bear modern inscriptions relating to extraction activities carried out in the 19th century for the Papal States.

These blocks were recovered in the Fossa Traiana, together with others with similar inscriptions, now in the Museo delle Navi at Fiumicino. 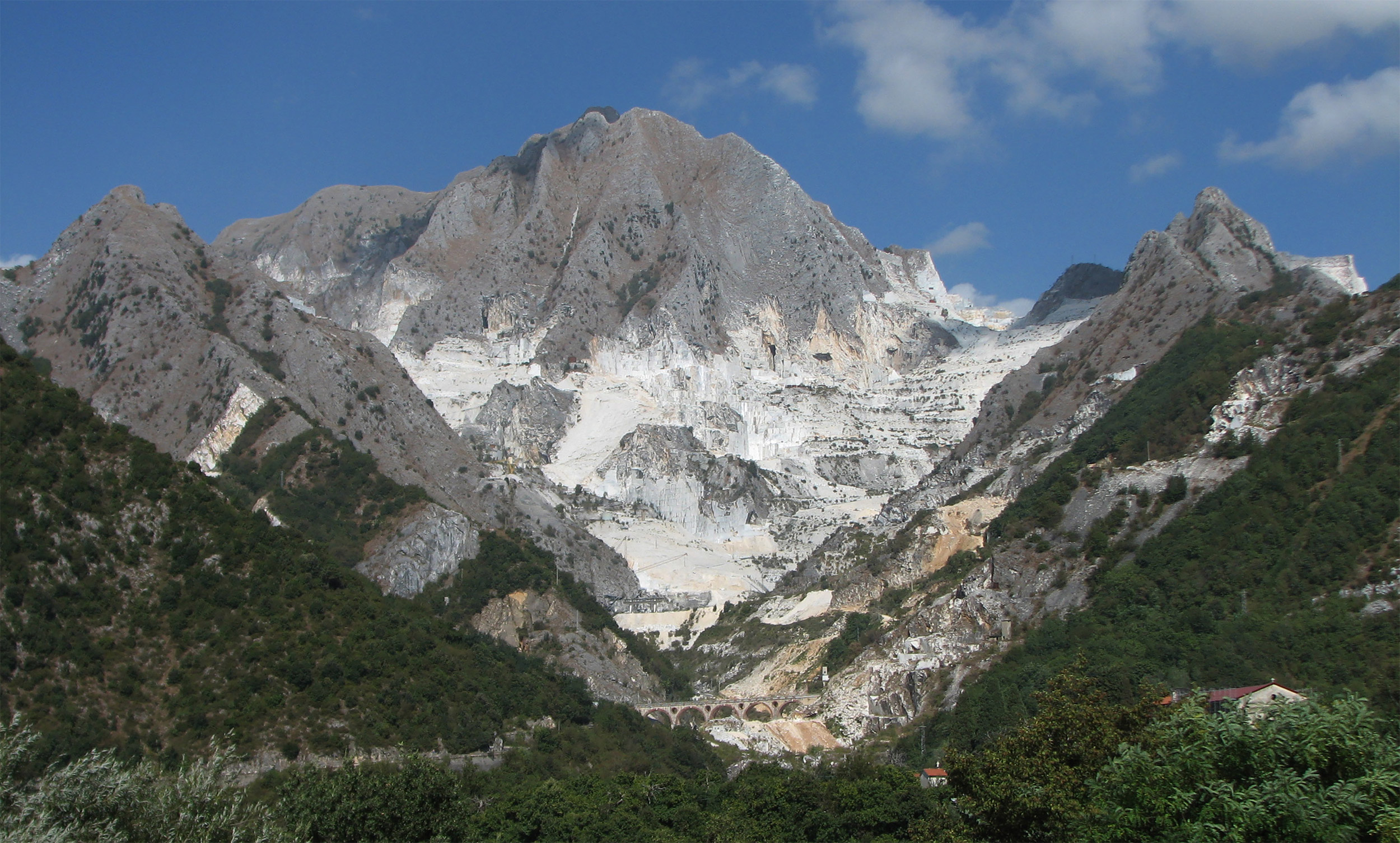 Carrara. View of the district of Miseglia with the Fantiscritti quarries at the top
(Bruno M. 2006) 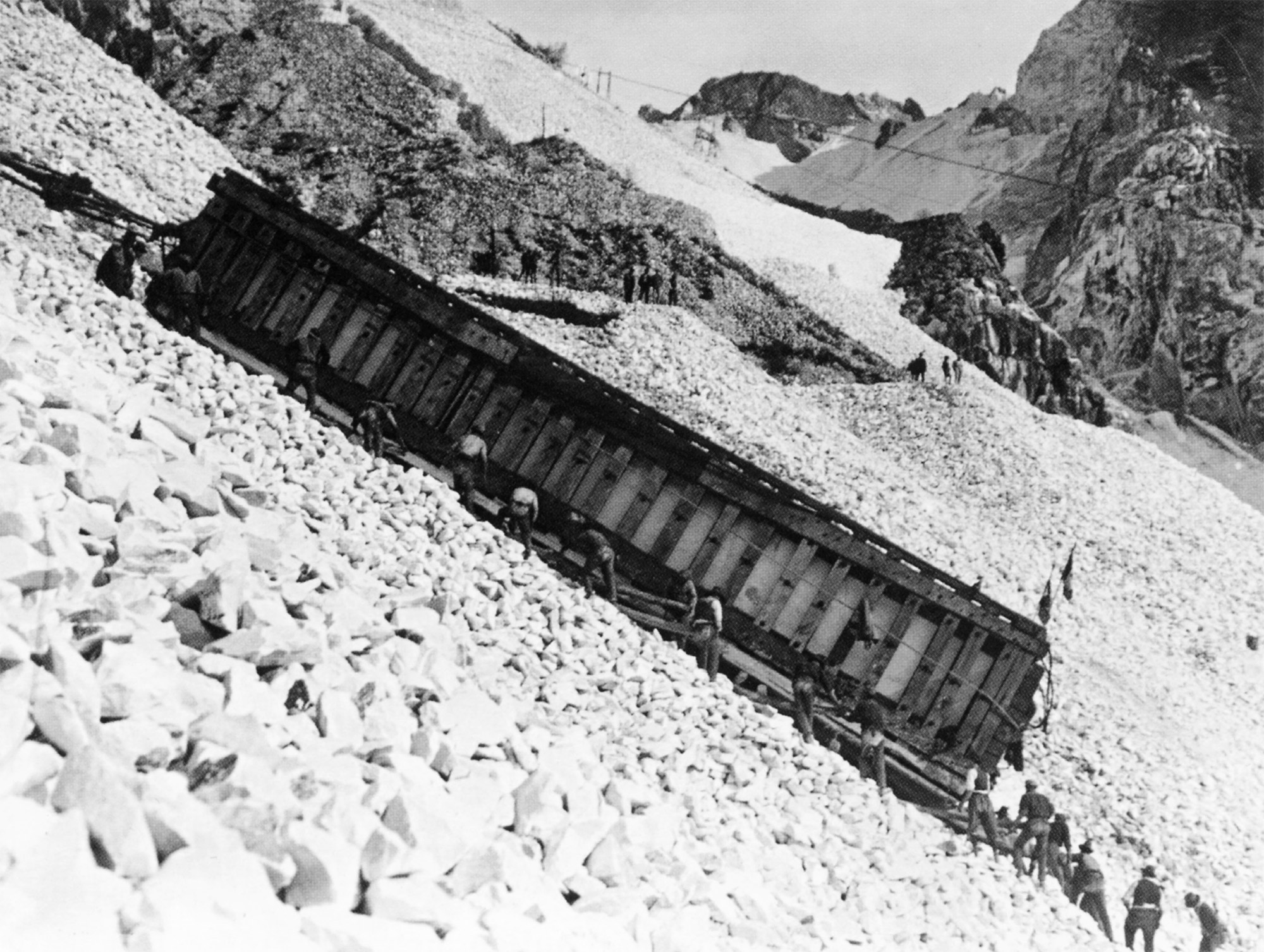 Carrara, transport in 1928 of the large monolithic block destined for the Foro Italico obelisk from the Carbonera quarry in the Miseglia district
(Archivio A. Pintonello, Roma)