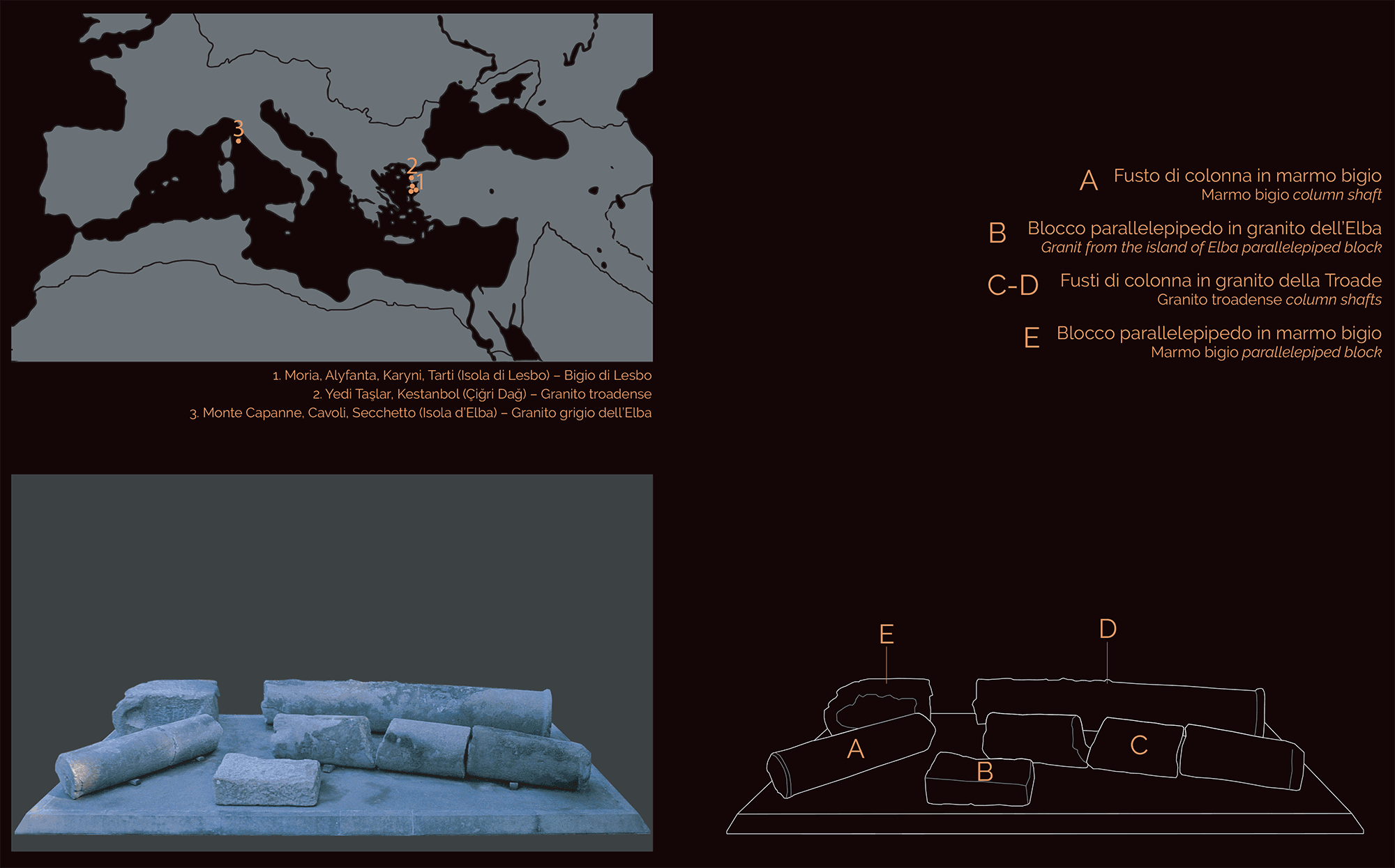 Granito troadense was quarried from the Hadrianic period (AD 117-138) onwards in the Troad, in Asia Minor; the best-known sites are those of Yedi Taşlar and Kestanbol, where gigantic abandoned columns shafts can still be seen.

This was among the most widespread coloured marbles, employed especially to make columns that were used in the buildings, porticoes and colonnaded streets of the most important cities of the Roman Empire.

Marmo bigio, extracted on the island of Lesbos in the eastern Aegean, was used from the Flavian period (second half of the 1st century AD) for revetment panels and column shafts.

The block of grey granite from the island of Elba (B) is not ancient.

Island of Lesbos. View of the large quarry of Moria
(Bruno M. 2007)