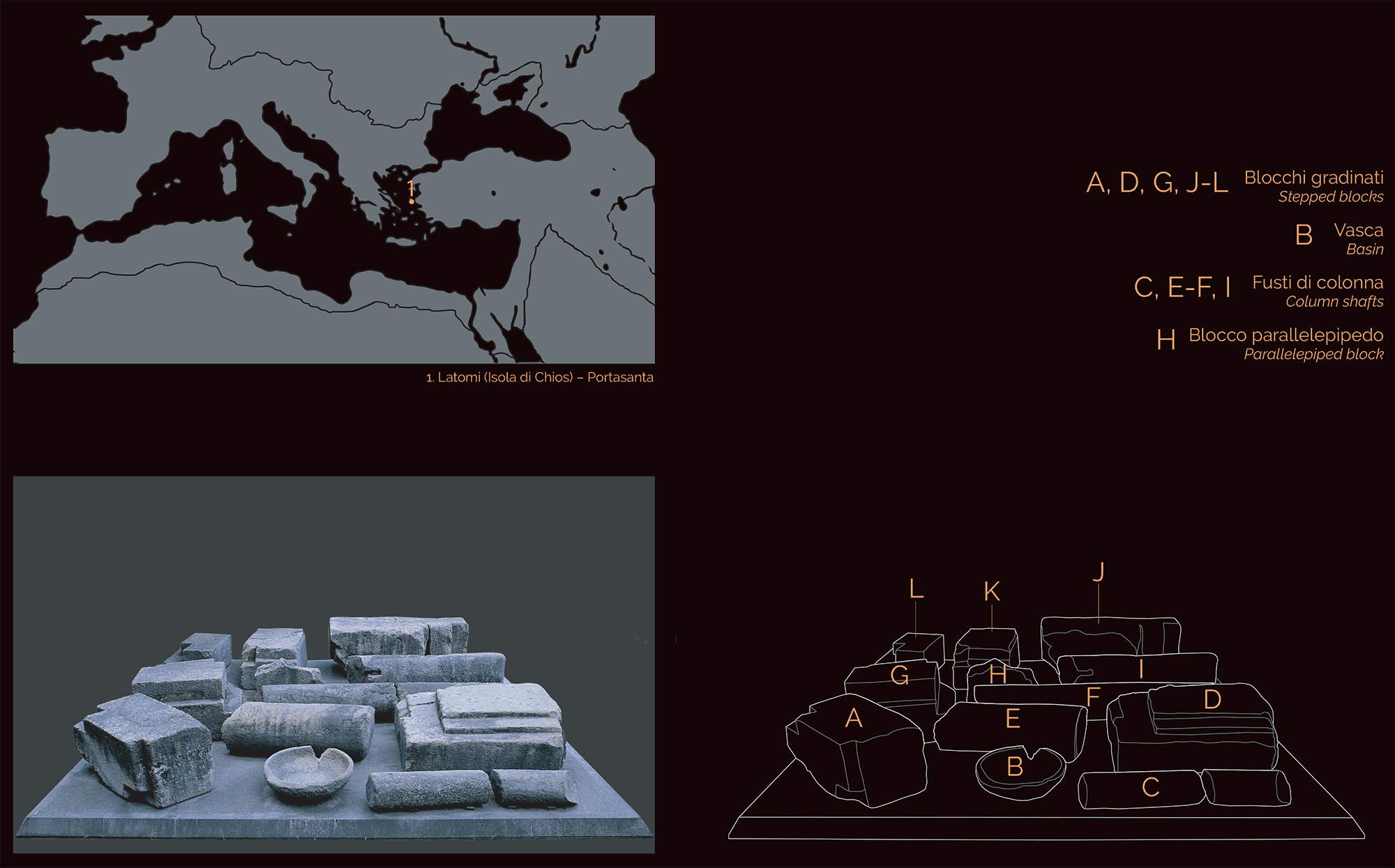 The name of this marble derives from its use in the jambs of the Holy Door in the Vatican Basilica.

Pliny recalls Cicero’s laconic response to the inhabitants of Chios, as they proudly showed him their city walls made of this stone: he replied that he would have been more impressed if they had used the Italian lapis tiburtinus, in other words a material of more modest quality but that had been imported.

This anecdote illustrates the fact that Rome’s power and prestige were expressed less through the aesthetic quality of the marbles adorning the city’s buildings as through the fact that they came from the furthest provinces of the Empire. 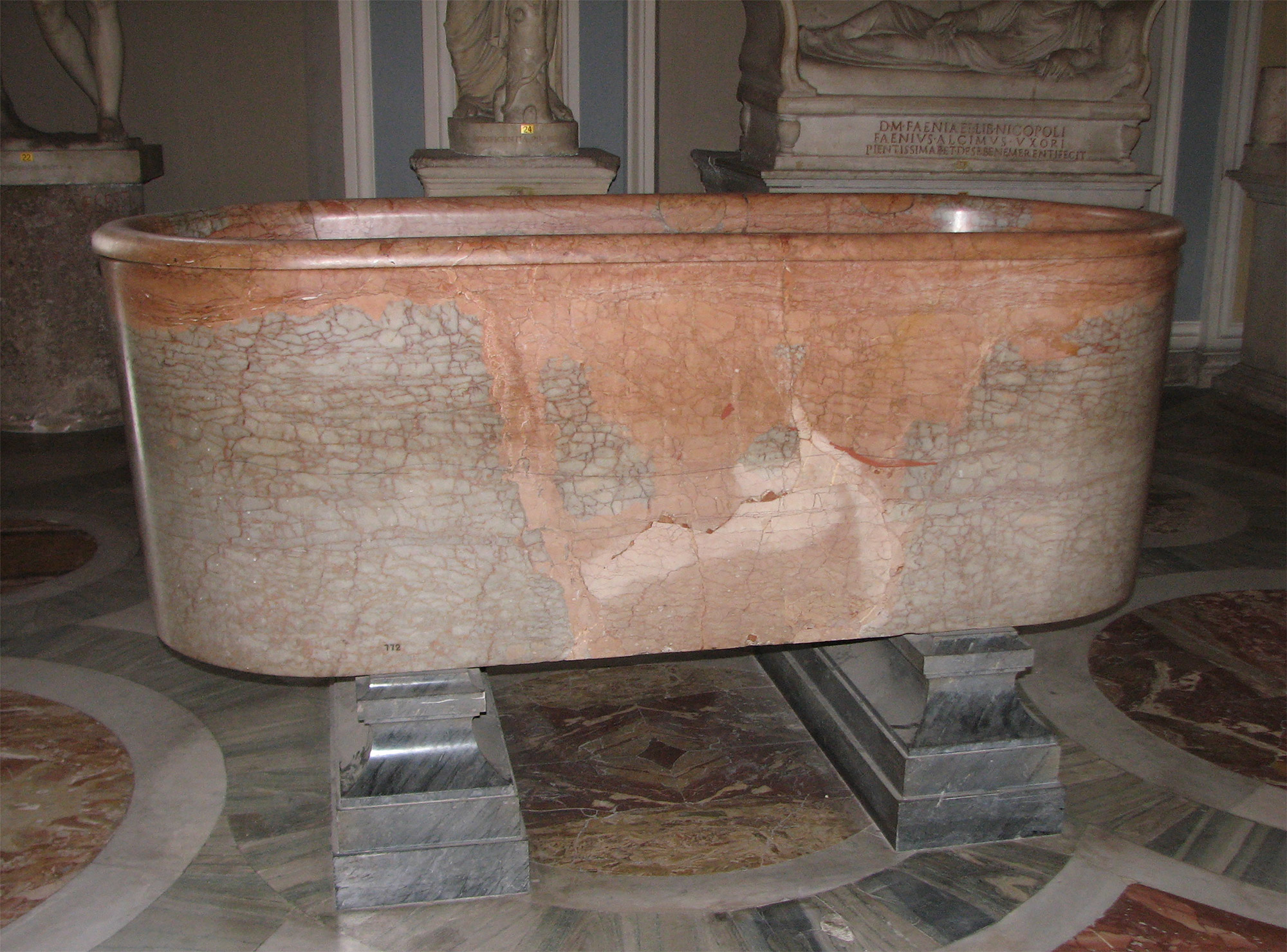