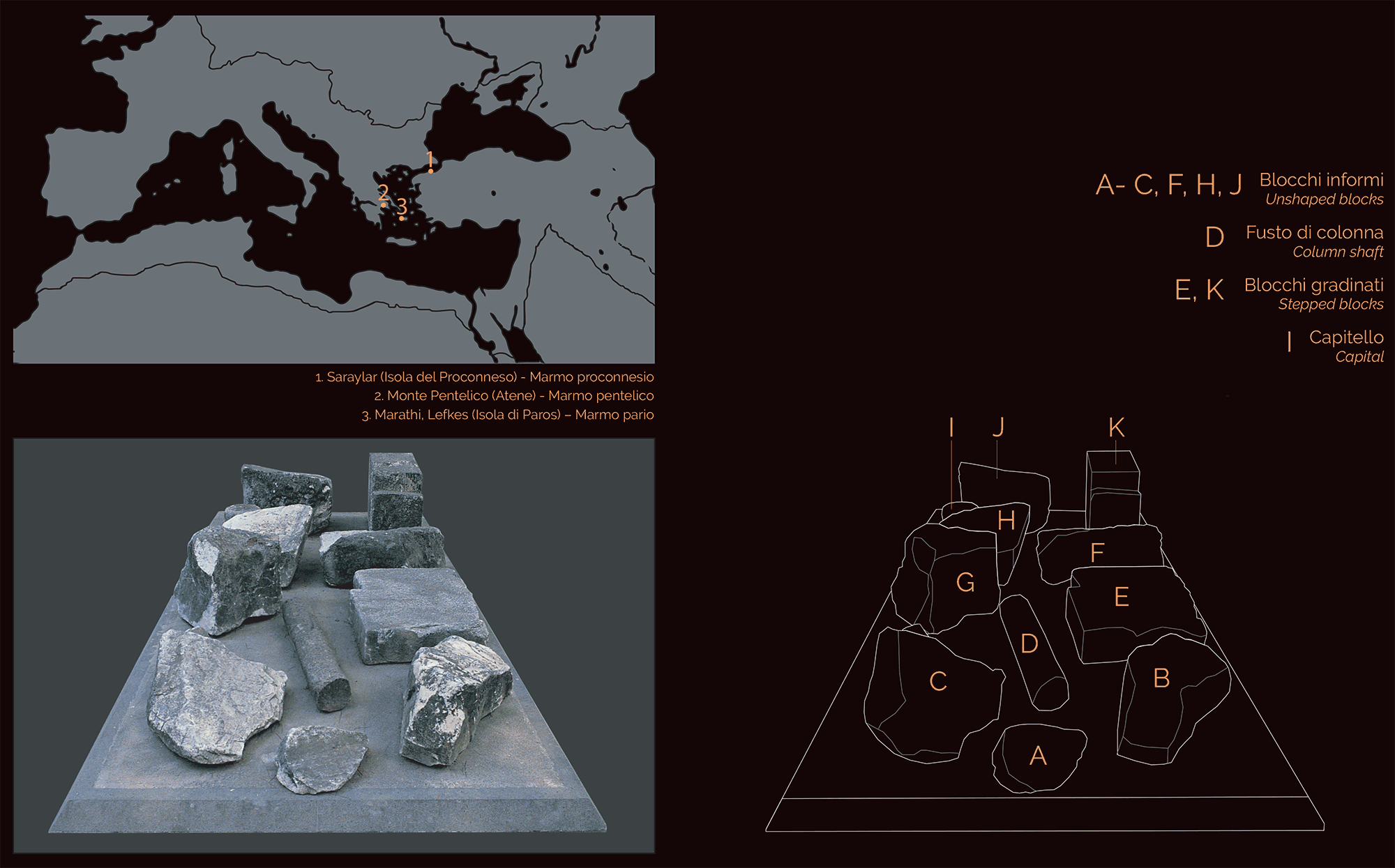 Collected here are some quarry artefacts in different white marbles of Eastern origin.

The two parallelepiped blocks (E, K) come from the island of Proconnesus in the Sea of Marmara in Asia Minor; the other unshaped blocks (A-C, F, H, J) are from the Greek island of Paros and, unlike the first two, which were destined for the production of marble panels, were intended for the creation of medium-sized sculptures. 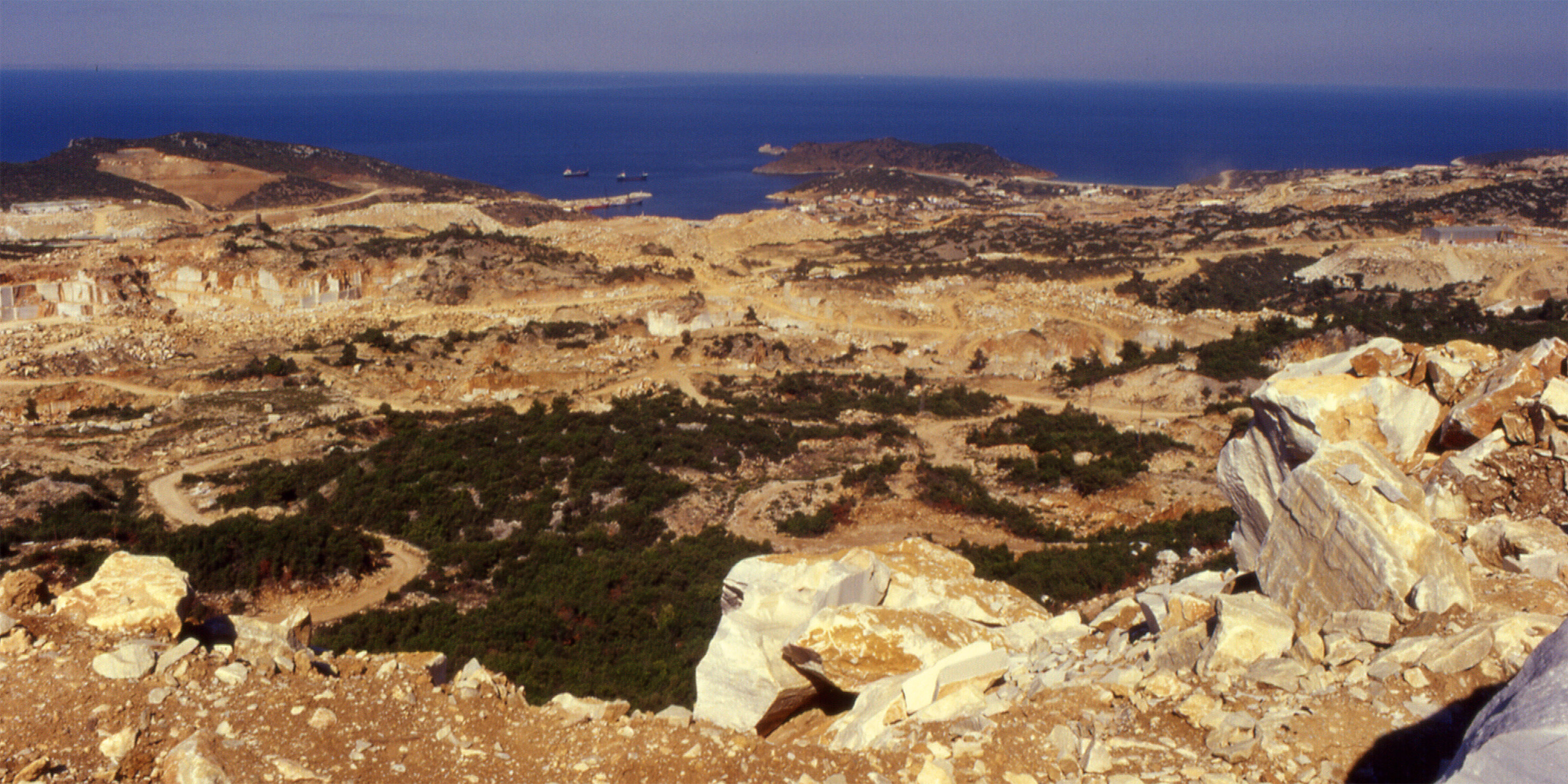 Island of Proconnesus. View of the ancient and modern quarries of Saraylar
(Bruno M. 2004)

The roughly worked shaft (D) and Doric-style capital of a column (I), a typical export item also attested in Rome and Pompeii, are in Pentelic marble, quarried on the slopes of Mount Penteli not far from Athens.