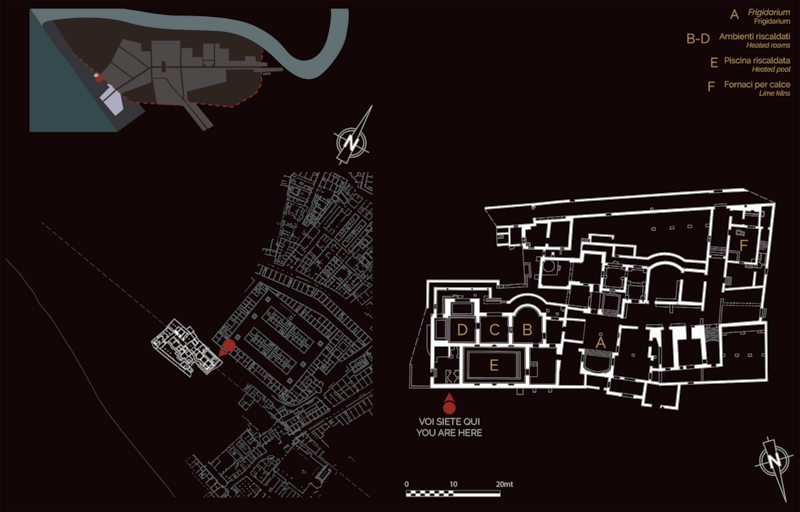 The bath complex, which has only been partially investigated, was built in around AD 130 during the Hadrianic period, in connection with the nearby Case a Giardino, constructed at the same time.

The structure, with terraces descending towards the sea, was built on top of a stretch of the Republican walls, which were no longer in use.

The baths had a frigidarium (room for cold baths) with marble basins and a marble floor (A); in the east sector were the warm rooms with mosaic floors depicting athletes (B), sea creatures and masks of the god Oceanus (C-D), and a heated natatio (pool) (E).

The building underwent various transformations between the 3rd and 4th centuries AD; later, after its abandonment, lime kilns (F) were installed inside. 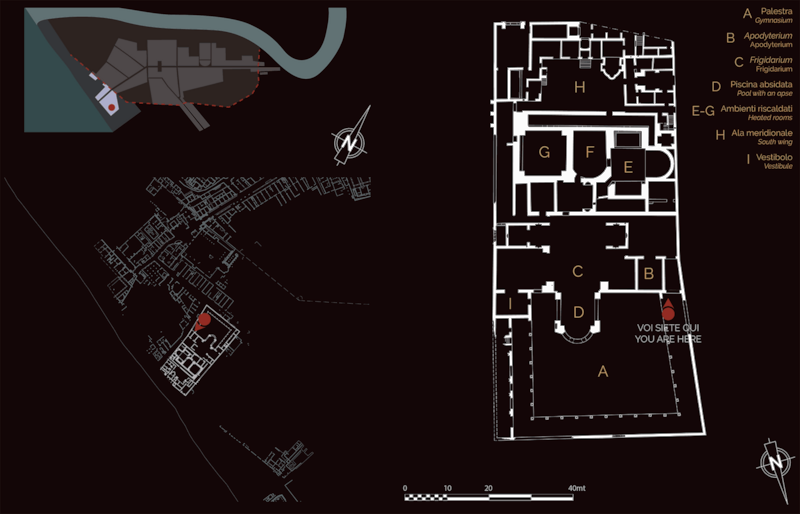