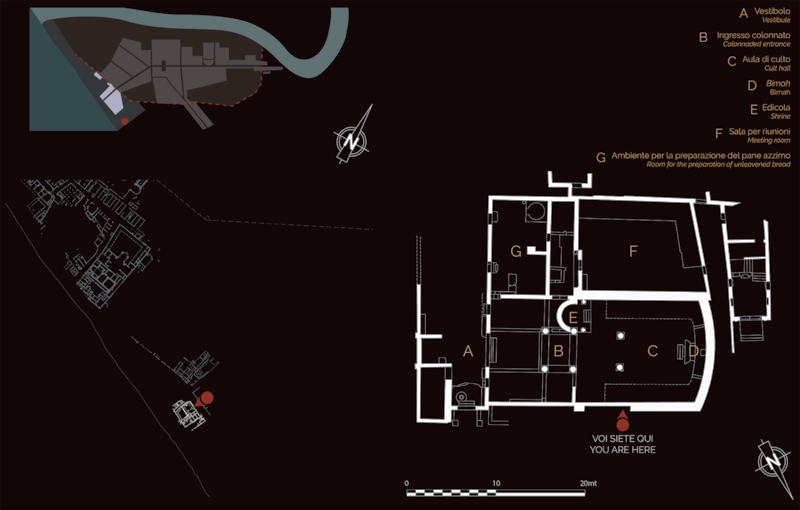 Built for the local Jewish community in around the mid-1st century AD, the synagogue of Ostia is one of the oldest in the western Mediterranean.

The building, completely reconstructed in the 4th century AD, was accessed through a vestibule (A) that led into the sector reserved for religious functions and prayer.

The cult hall (C) had a colonnaded entrance (B); at the back was the bimah (D), a raised platform for reading the texts of the Torah (Law), facing towards Jerusalem. On the entrance side of the hall was the apsidal shrine (E) hosting the scrolls of the Torah, surmounted by corbels decorated with the image of the seven-armed candelabrum (menorah).

The large adjacent hall (F), with benches along the walls, may have been used for meetings or for teaching, whilst another room (G) with an oven and a counter served for the preparation of unleavened bread. 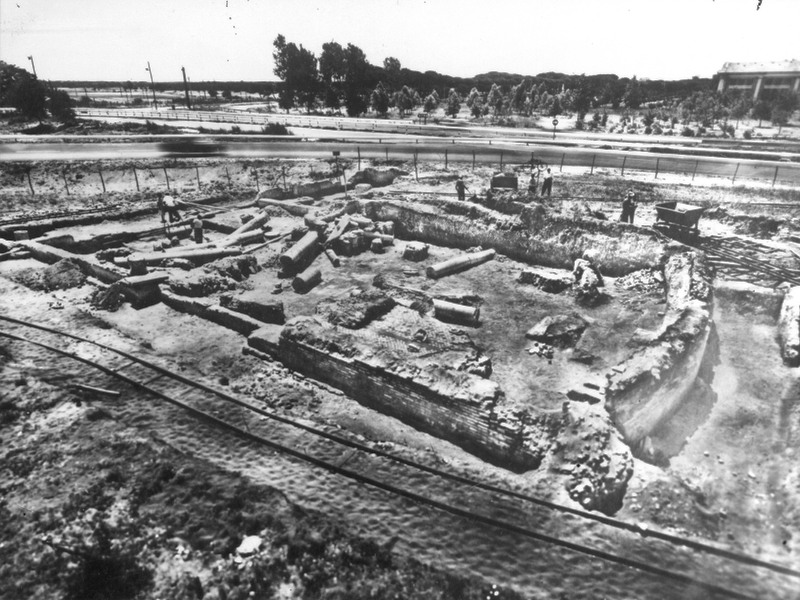 View of the Synagogue during excavations