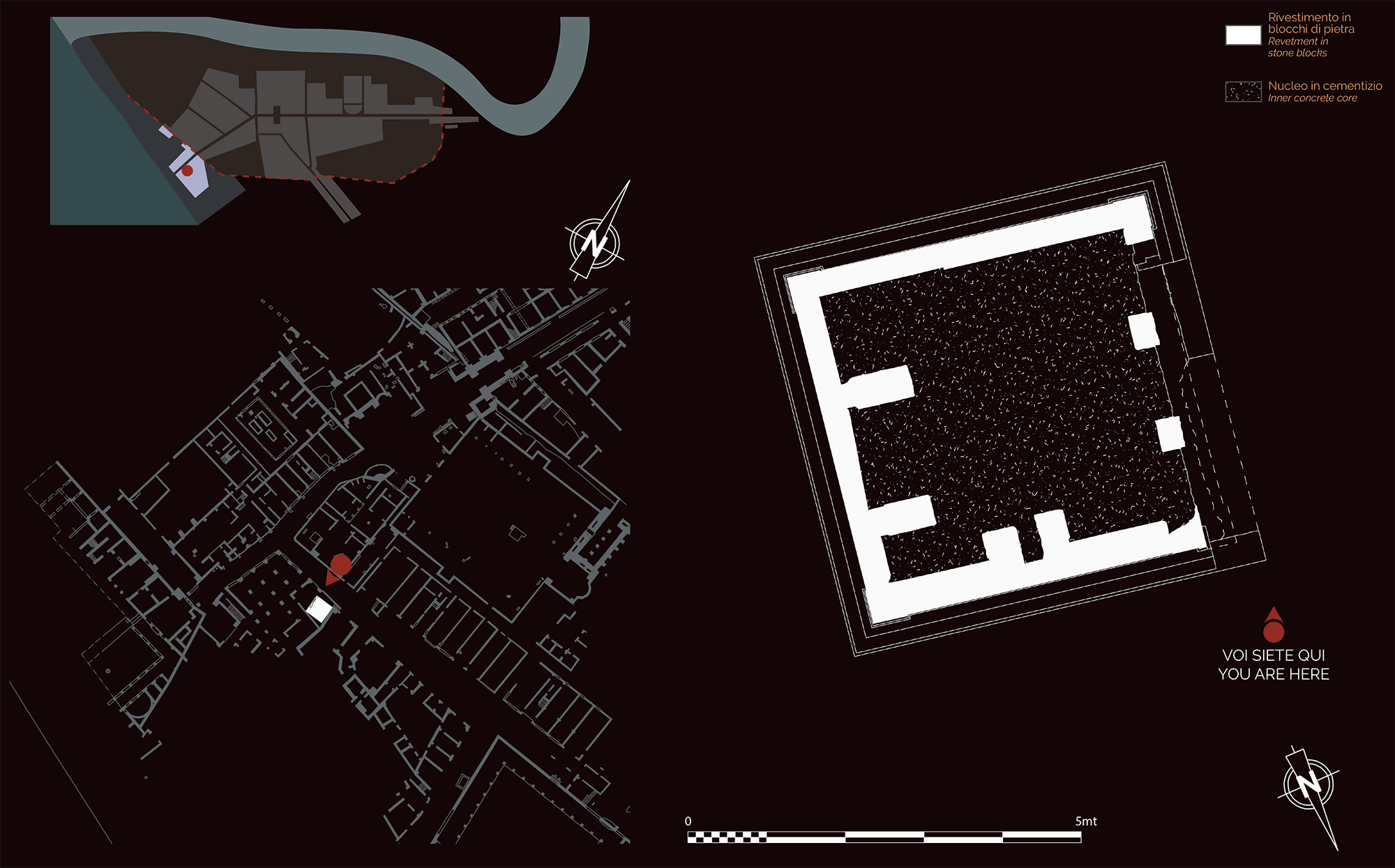 The funerary monument was built in around 20 BC along a cemetery road in the area outside the Porta Marina.

The tomb’s square base had a revetment of travertine blocks; the central body was covered in marble on the front, and in travertine and tufa on the other sides; its corners were decorated with lesenes surmounted by little capitals.

On the front is the inscription commemorating Caius Cartilius, an illustrious magistrate who held the city’s most important public offices, so popular that he earned for himself the nickname Poplicola (“friend of the people”).

The figurative frieze running along the upper cornice of the monument, depicting a row of soldiers and a trireme ship, probably commemorates a victory won under his command against an enemy from the sea. 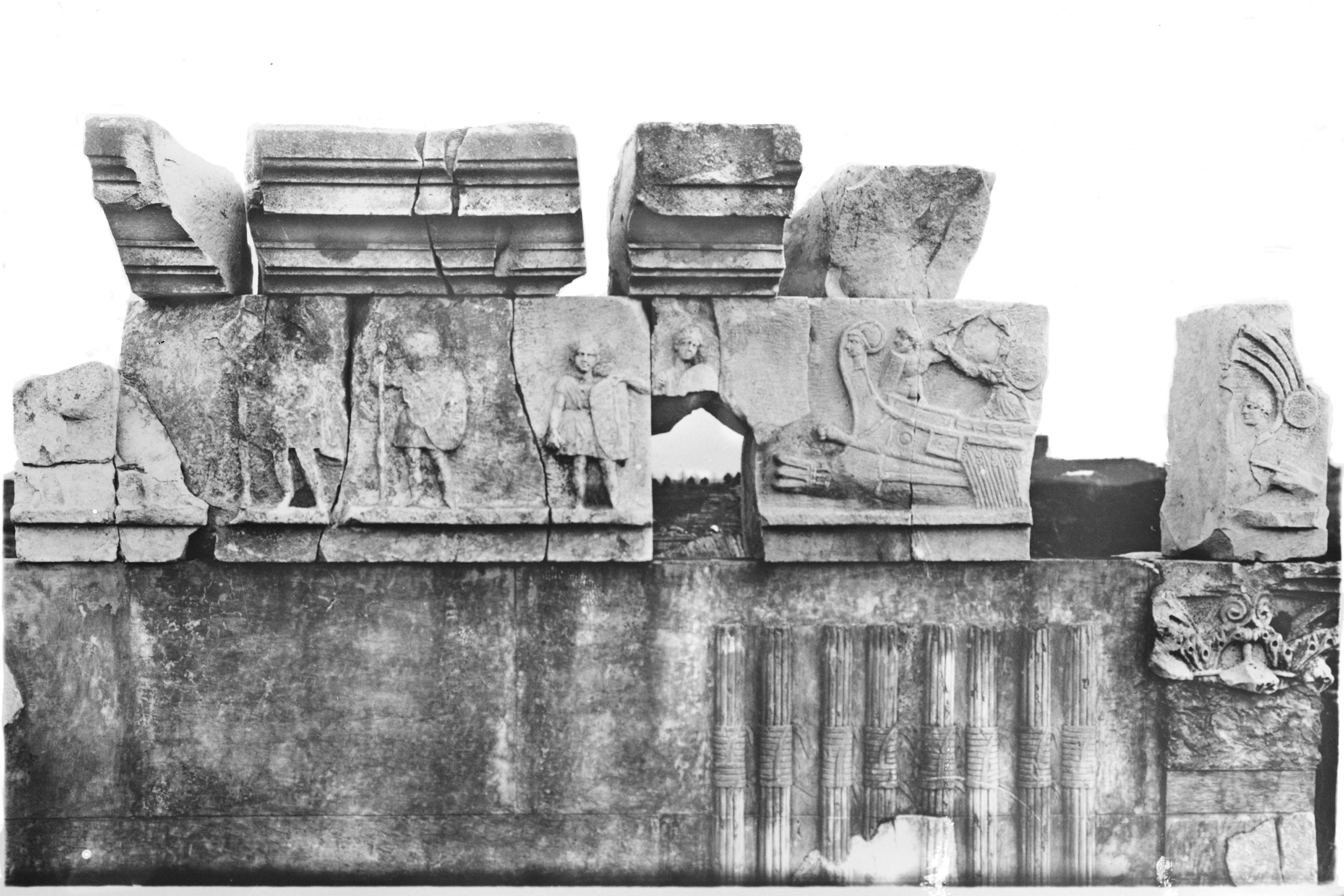 Detail of the reliefs on the tomb