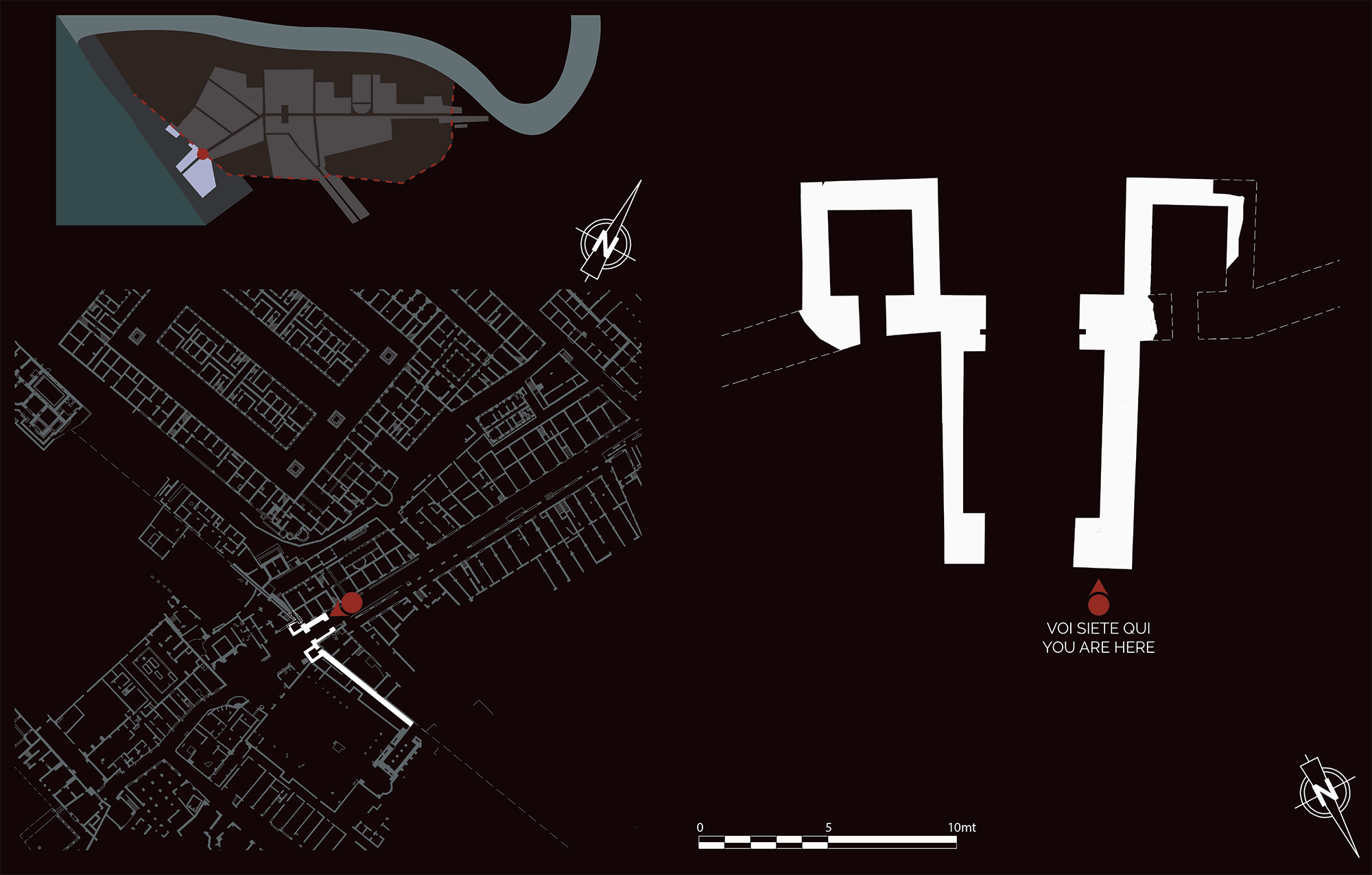 The Porta Marina, whose remains are now visible beneath the current level of the Decumanus, formed part of Ostia’s Republican wall circuit, built in around the mid-1st century BC. 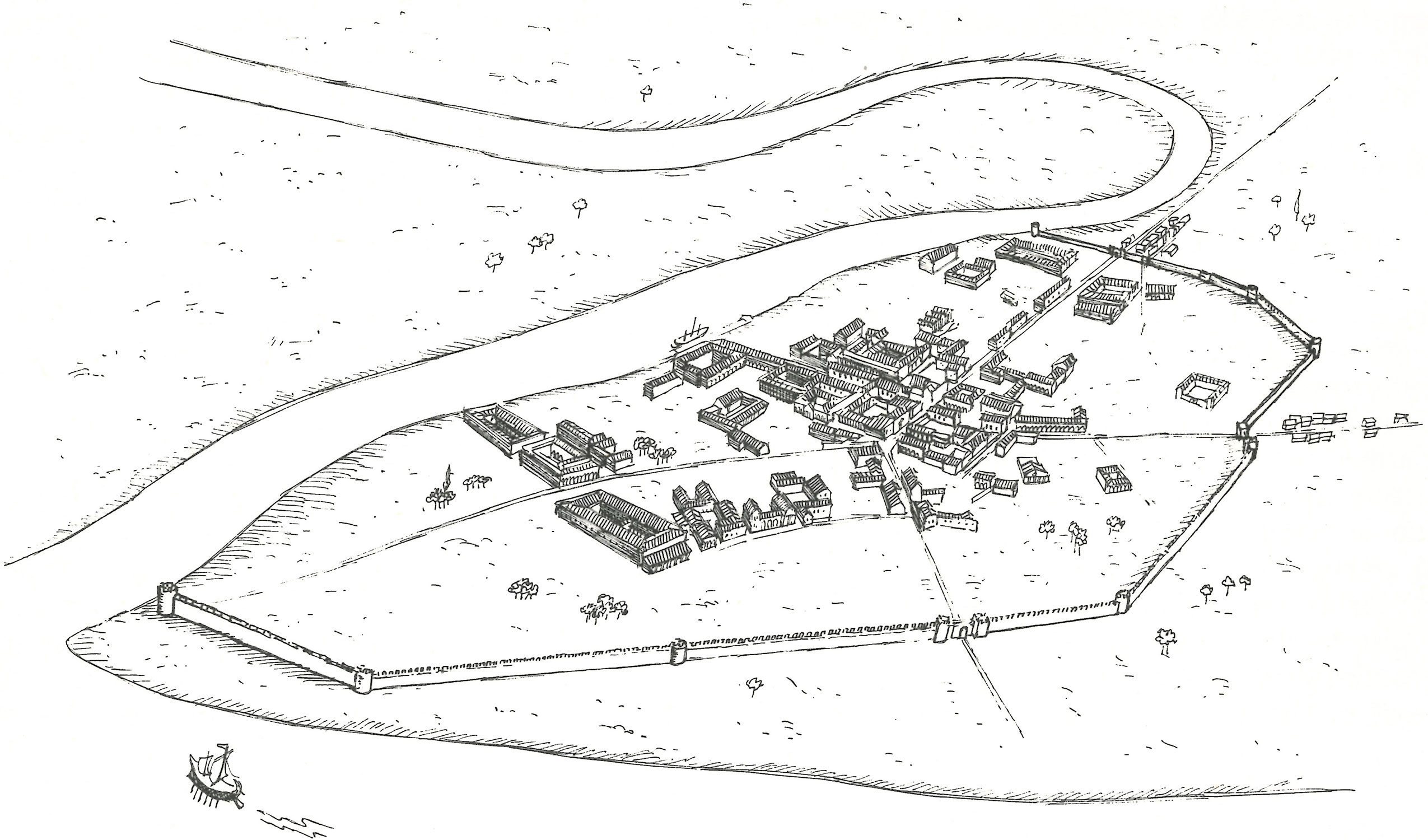 Reconstruction of the route of the Republican walls
(A. Pascolini)

The gate, which opened in the direction of the ancient beach, was flanked by two square towers; these projected markedly and were further reinforced with a facing in tufa blocks, since the side facing the sea was the most vulnerable to attack.

In the Imperial period, when the gate had fallen into disuse, one of the two towers was occupied by the Caupona di Alexander e Helix. 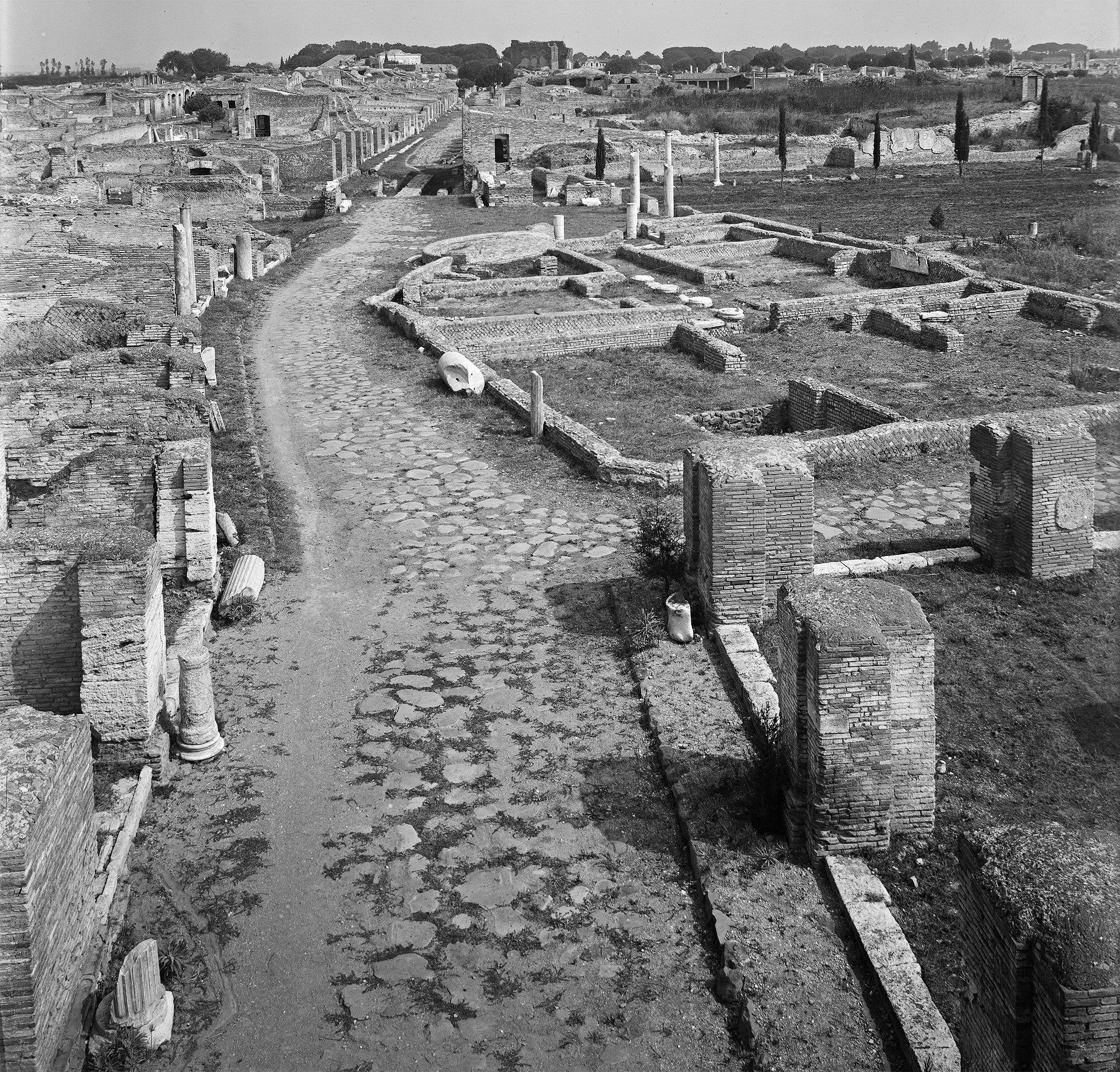 View of the Decumanus near Porta Marina