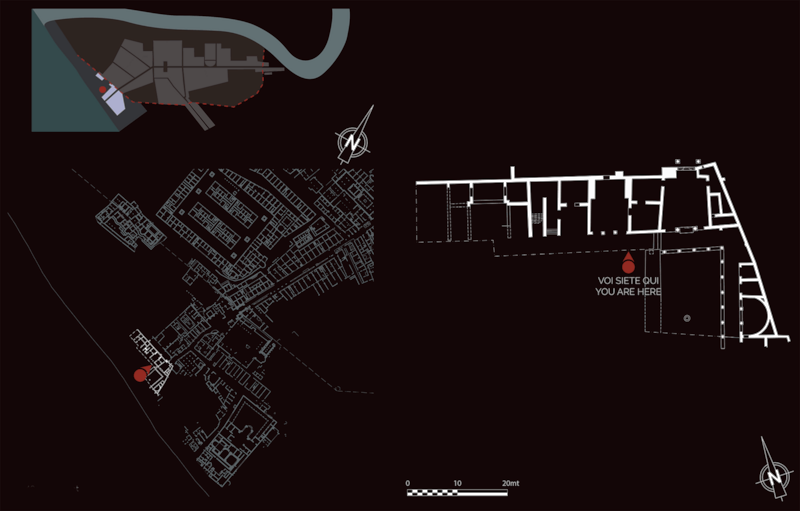 The complex, variously interpreted as an aristocratic domus (house) or as the headquarters of a corporation, represents the late transformation (4th century AD) of an earlier building of the 2nd century AD.

It was built at the end of the Decumanus, occupying the street, and stood on top of an embankment built in the early Imperial period to protect the shore from the tides.

The complex, which has only partially been brought to light, had a vast courtyard with colonnades on at least two sides, flanked by various rooms. 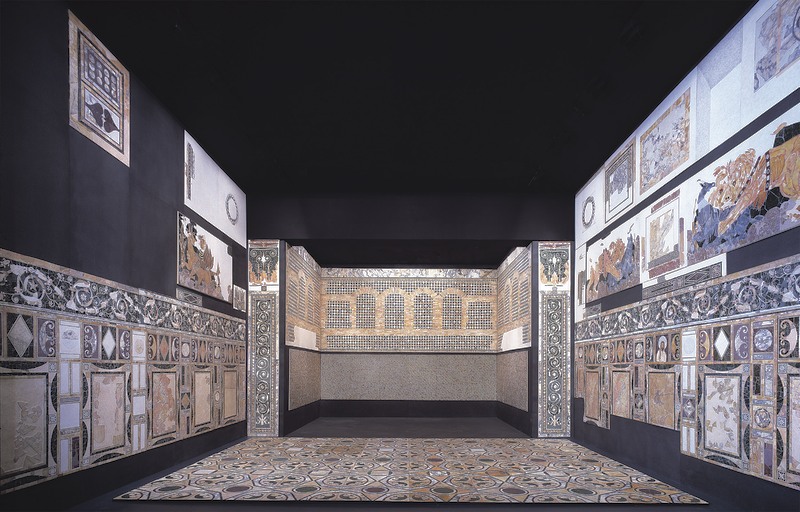 An exceptional wall decoration of marble inlays (opus sectile), with geometrical, plant and figurative motifs, was found in a state of collapse in the main room, overlooking the sea. The presence of the portrait of a bearded man with his right hand raised and a nimbus (halo) has suggested that it might have been a Christian building or the seat of a pagan philosophical sect.