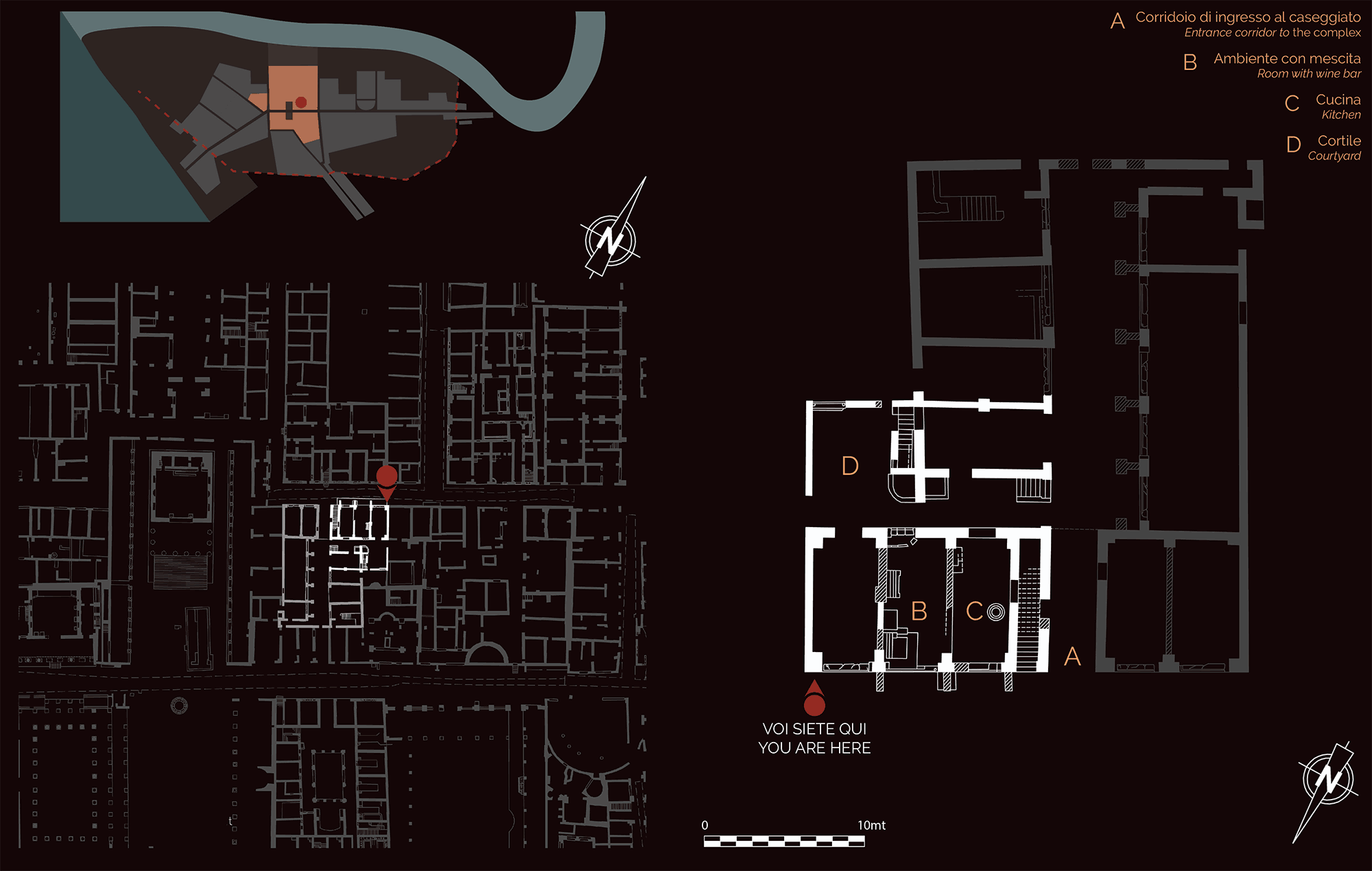 The building, used as an inn with a wine bar, was installed in the 3rd century AD inside a complex of the Hadrianic period (first half of the 2nd century AD).

It opened onto the street with three entrances, provided with seats and covered by balconies resting on brackets.

The interior was divided into three rooms; the middle one had a bar counter (B), shelves and basins for washing dishes made of marble. The still life paintings above the shelves show the foods served in the bar.

Reconstruction sections of the Thermopolium

One of the rooms, used as a kitchen (C), had a dolium (large terracotta container) set into the ground for keeping food cool.

The courtyard behind (D), with a little fountain and masonry seating, allowed the patrons of the establishment to eat outdoors.