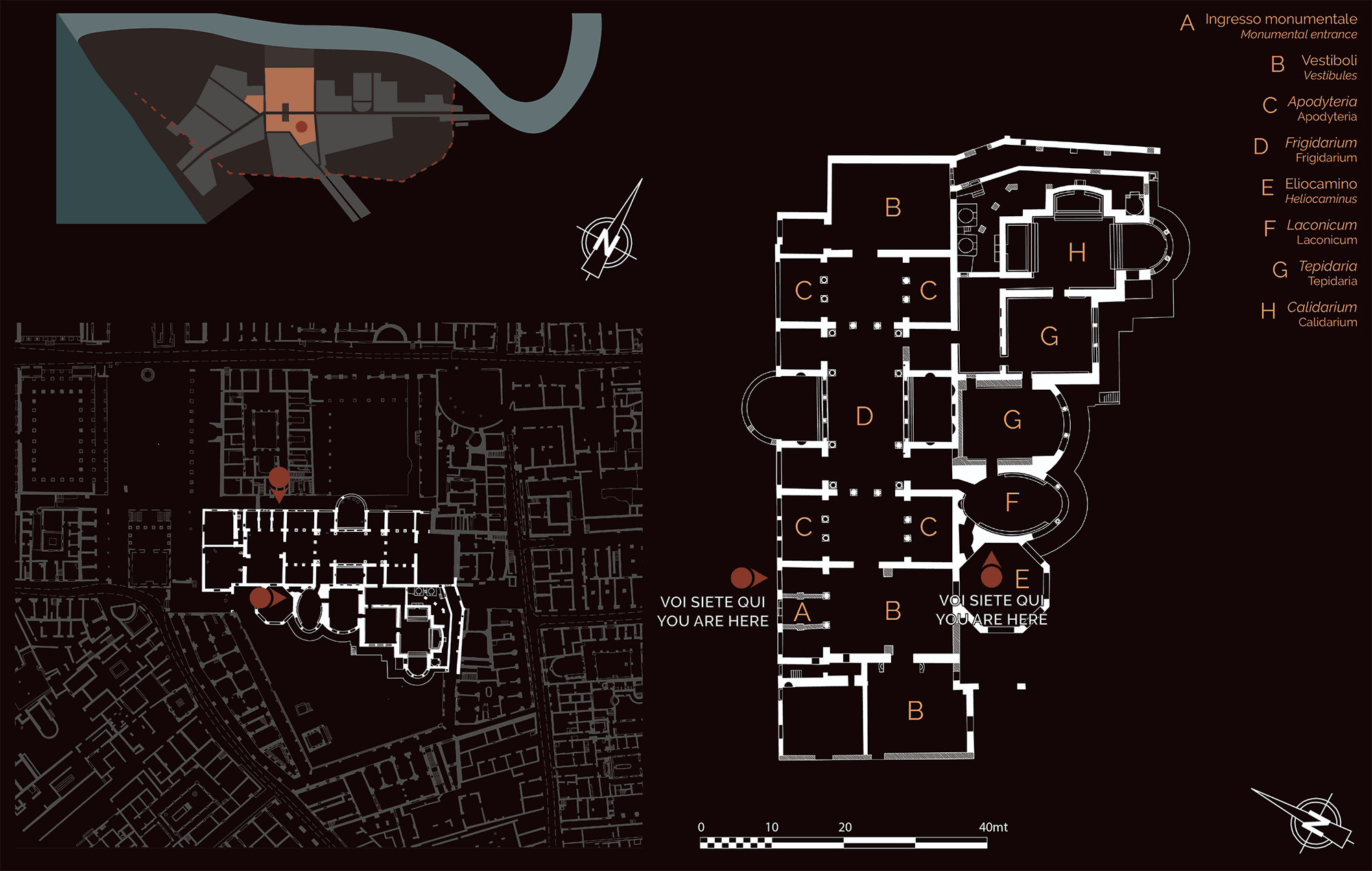 Built in around AD 160 by Marcus Gavius Maximus, the praetorian prefect of Antoninus Pius, these luxurious public baths (the city’s largest) underwent significant renovations in the 4th and 5th centuries AD, including the construction of a monumental entrance on Via della Forica (A).

Through the vestibules (B), patrons entered the apodyteria (changing rooms) (C) and a large frigidarium (room with basins for cold baths) (D) with high cross vaults.

Section of the Terme del Foro on Via della Forica
(P. Cicerchia)

The heated rooms faced south to best exploit their exposure to sunlight: the first room, octagonal in shape, was probably a heliocaminus (room for sunbathing) (E); it was followed by a laconicum (room for steam baths) (F) and warm (G) and hot rooms (H).

The building’s rich marble decoration belongs to the restorations of the 4th century AD.