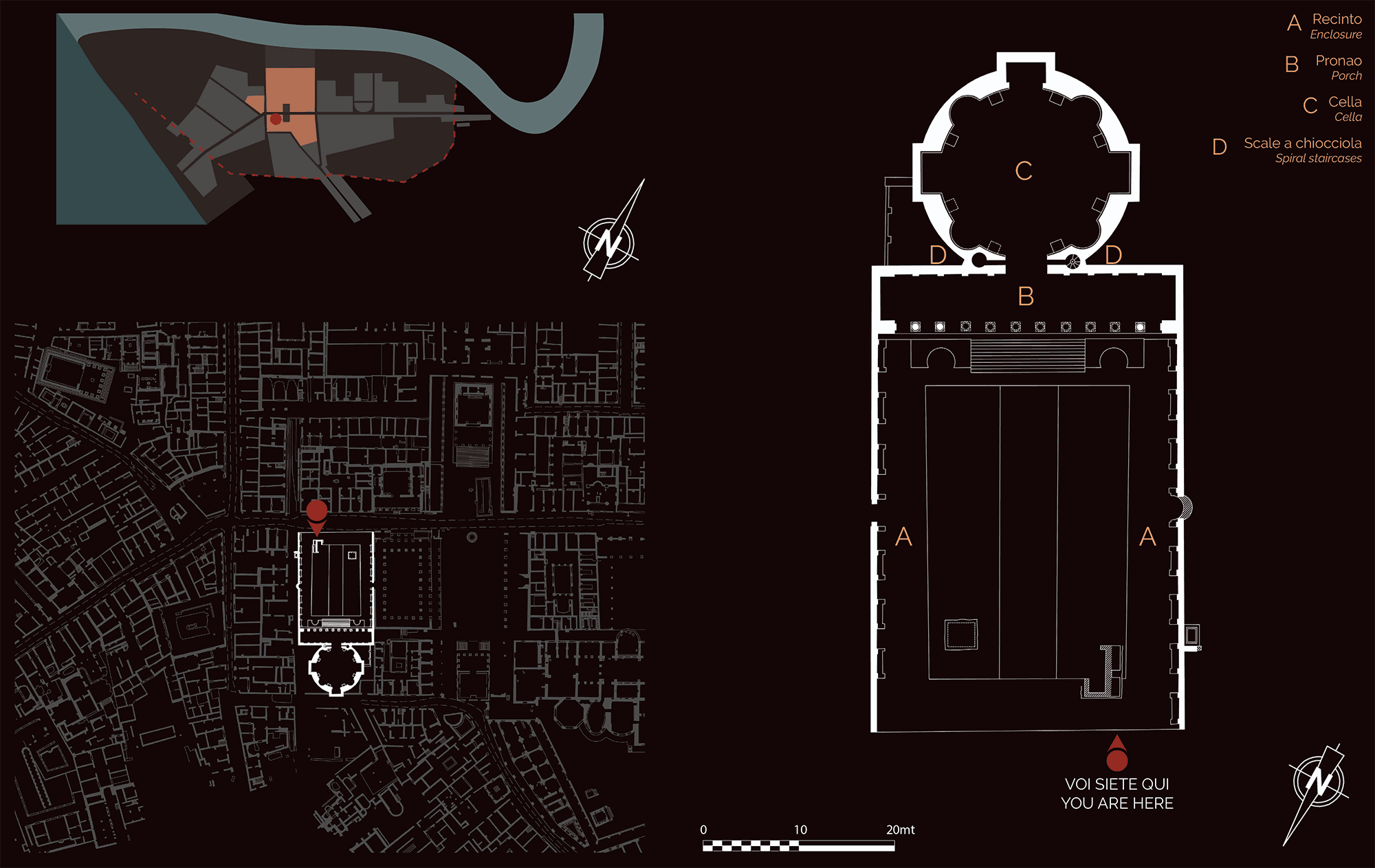 The temple was built in the first half of the 3rd century AD in an area previously occupied by a public square accessible from the Basilica.

The complex, grandiose and striking in appearance, consisted of an enclosure decorated with niches (A) and of the cult building proper, set against the back wall.

The latter, accessed along a monumental staircase, had a porch (B) with ten columns in valuable Greek marble and a large circular cella with niches for statues (C).

The domed vault covering the cella could be reached along two spiral staircases (D), one of which is very well preserved.

The temple was probably dedicated to the Imperial cult, as suggested by the discovery nearby of fragments of colossal heads of emperors of the Severan dynasty (3rd century AD).