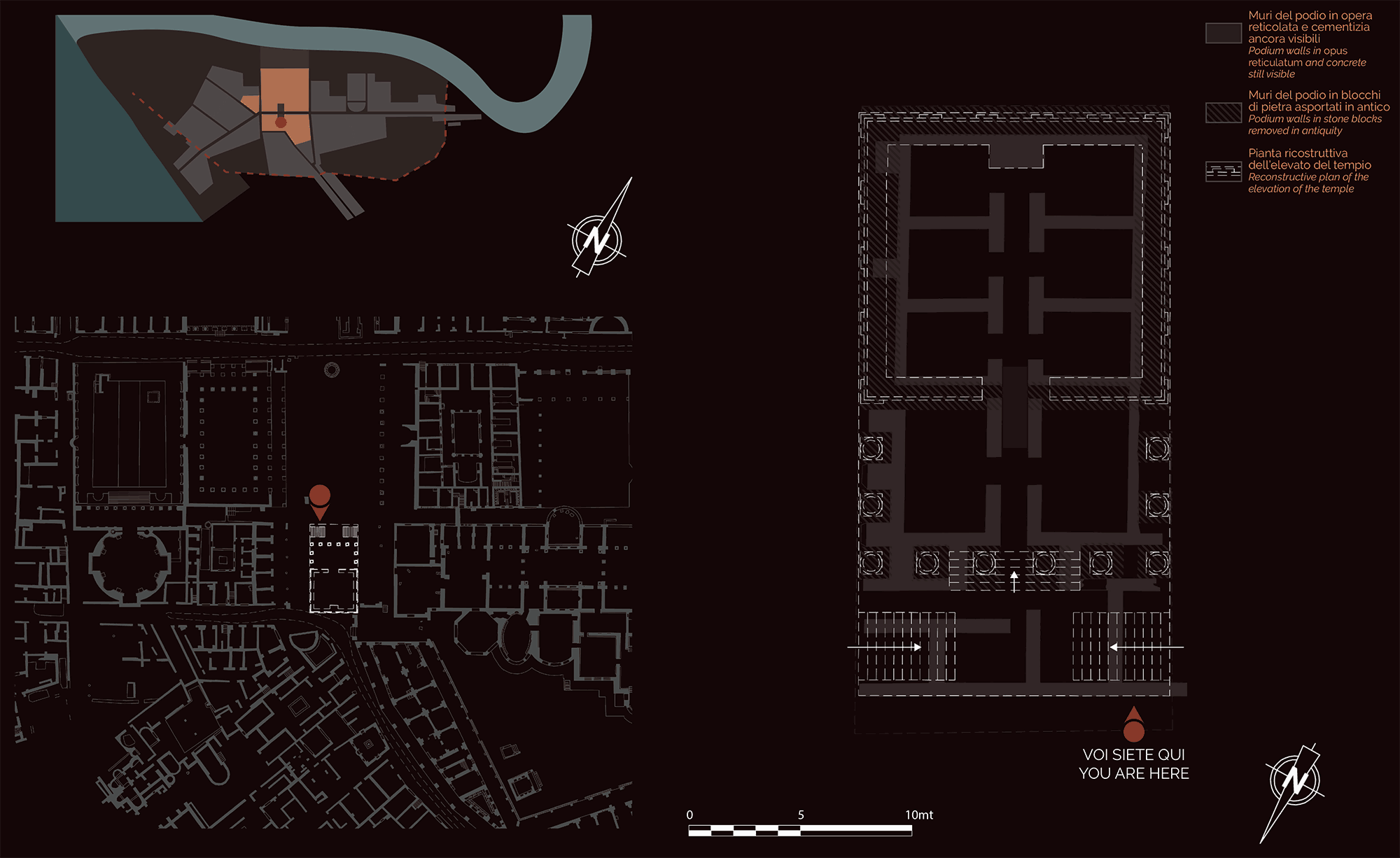 Perhaps built while Augustus was still alive (in the early 1st century AD), this imposing temple was erected in the south part of the Forum square, aligned with the older Capitolium; the association between the cult of the emperor and the city’s traditional cults held an obvious symbolic and ideological meaning. 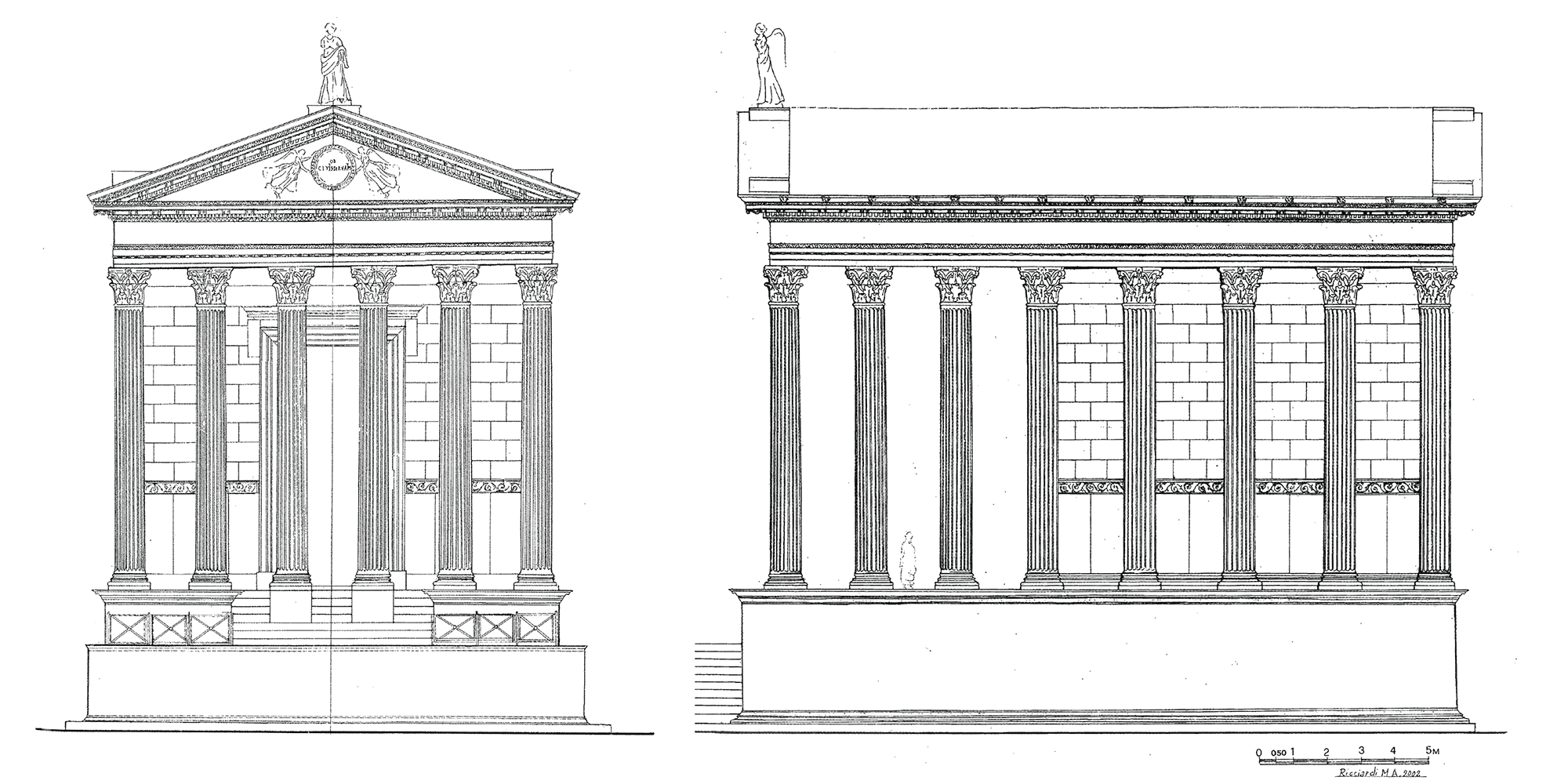 Reconstruction of the north and west façades of the temple
(R. Geremia, M.A. Ricciardi)

The building’s foundations and part of the original architectural decoration in marble survive, including the rear pediment and the statue of flying Victory, which must have stood at the top of the roof: these marbles have now been mounted on a modern wall in the vicinity of the building. The temple façade probably hosted a platform from which orators addressed the people.