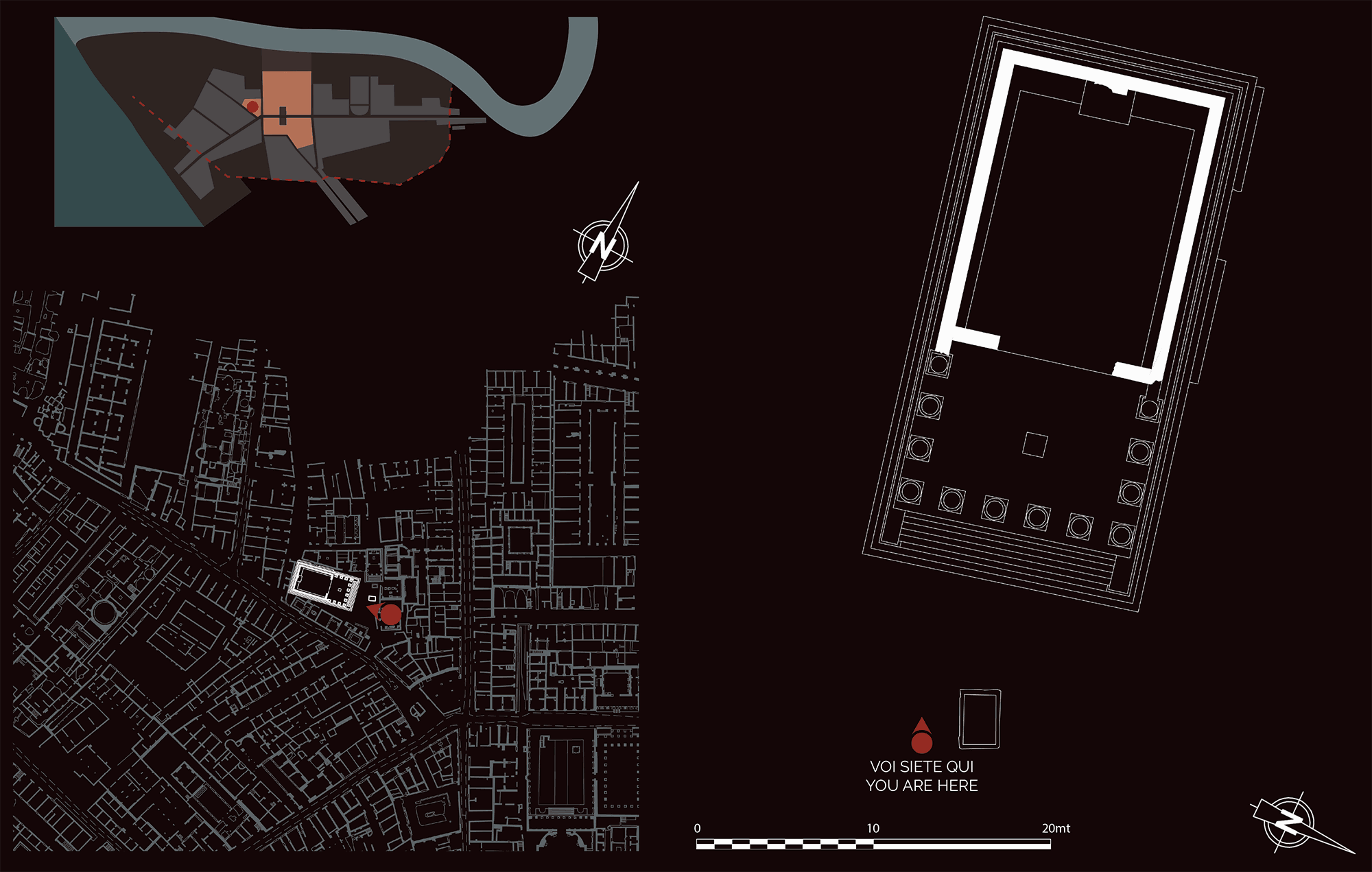 The temple of Hercules, built between the late 2nd and early 1st century BC, stood on a high podium and had a porch with six columns along the front, accessed by a staircase.

Front and side elevation of the temple
(R. De Vico)

Inside the porch stands a copy of a votive statue of Cartilius Poplicola, a leading figure in Ostia’s history during the 1st century BC, depicted as a resting athlete.

The cult was oracular in nature, as we know from the marble relief found near the temple and dedicated by a haruspex (priest), depicting the miraculous discovery in the sea of a statue of the armed Hercules, and a subsequent scene of divination: the god’s iconography and the reference to an event of war suggest that the cult had military as well as commercial connotations. 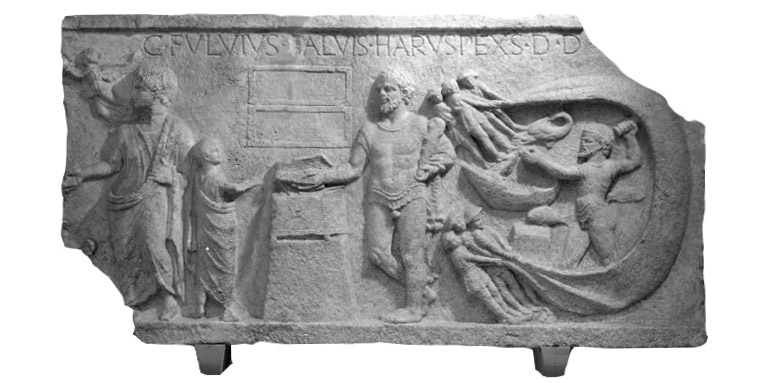 The cult’s importance is evidenced by its remarkable persistence, documented by the restorations of the temple until the 4th century AD.