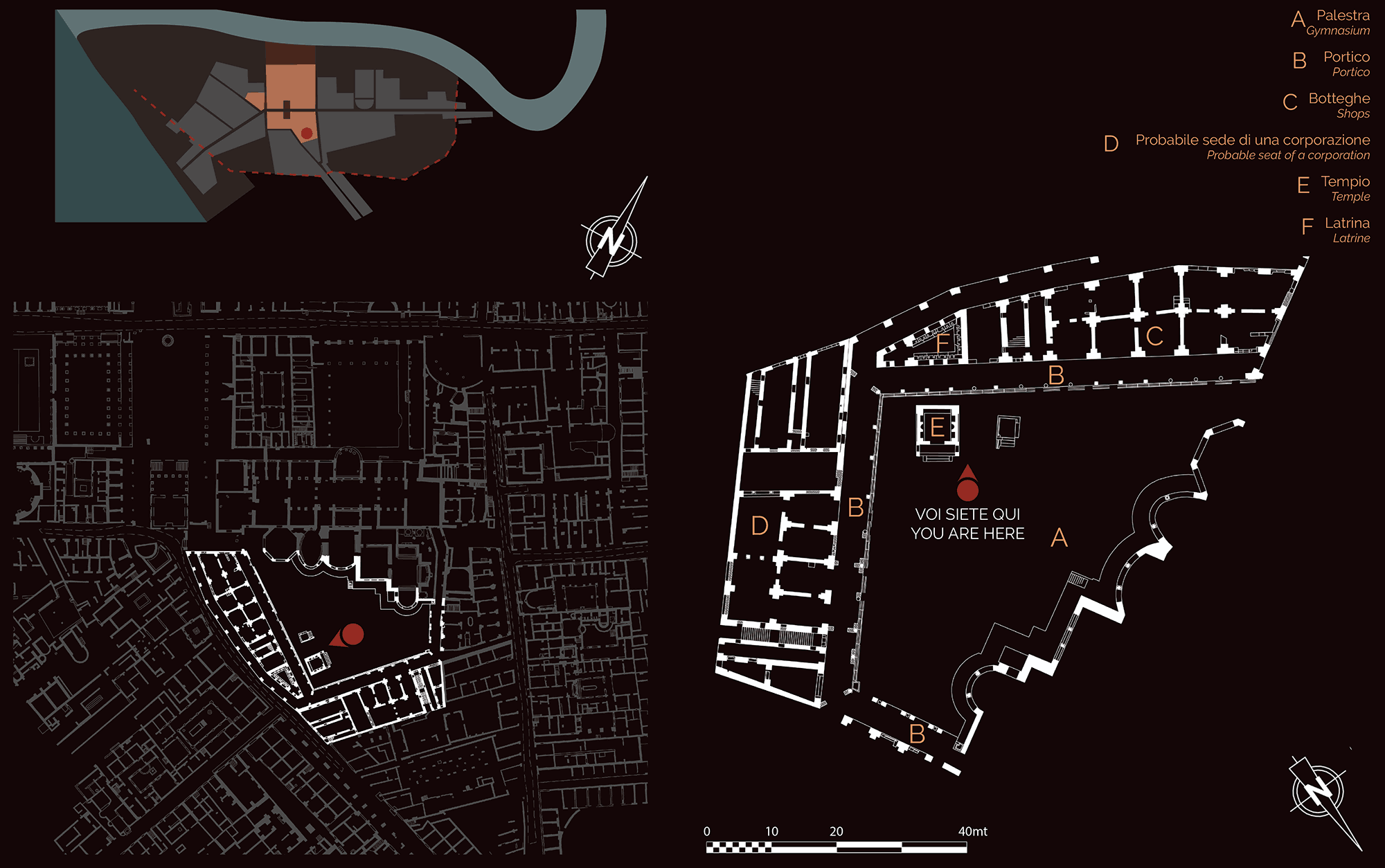 South of the heated rooms of the Terme del Foro is a large gymnasium of trapezoid shape (A), surrounded on three sides by a portico with marble columns (B).

Behind the portico are shops (C), whilst on the south side is a room divided in two by spiral columns, perhaps to be interpreted as the headquarters of one of Ostia’s corporations (D). In the south-west corner of the gymnasium stands a little brick temple (E). 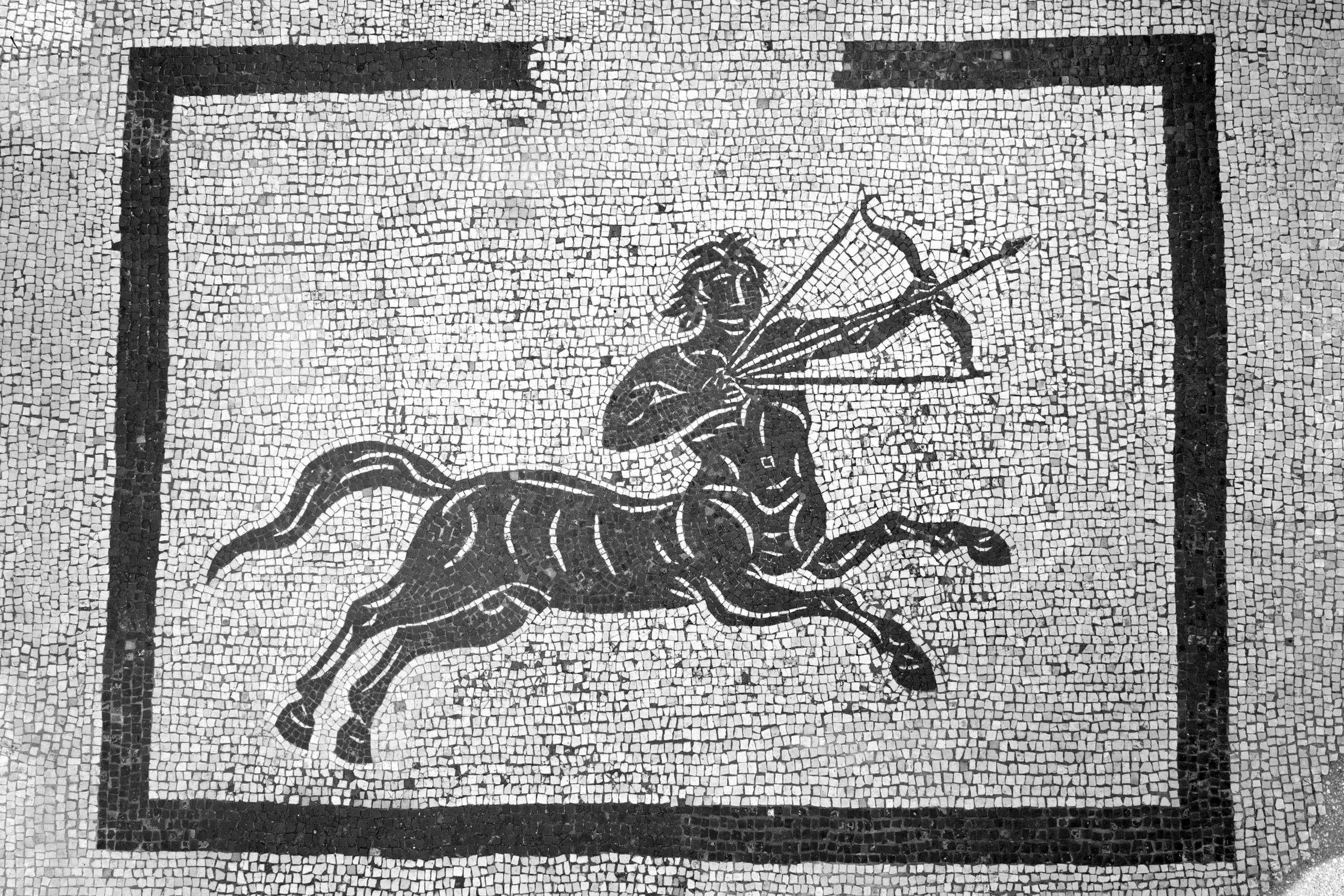 The blocks from a frieze depicting episodes from the myth of Vulcan, reused in later structures, may have belonged to an earlier cult building, demolished when the building complex of the Imperial period was constructed. According to other hypotheses, they may come from one of the temples in the Area Sacra Repubblicana or from a Republican cult building facing onto the Decumanus. 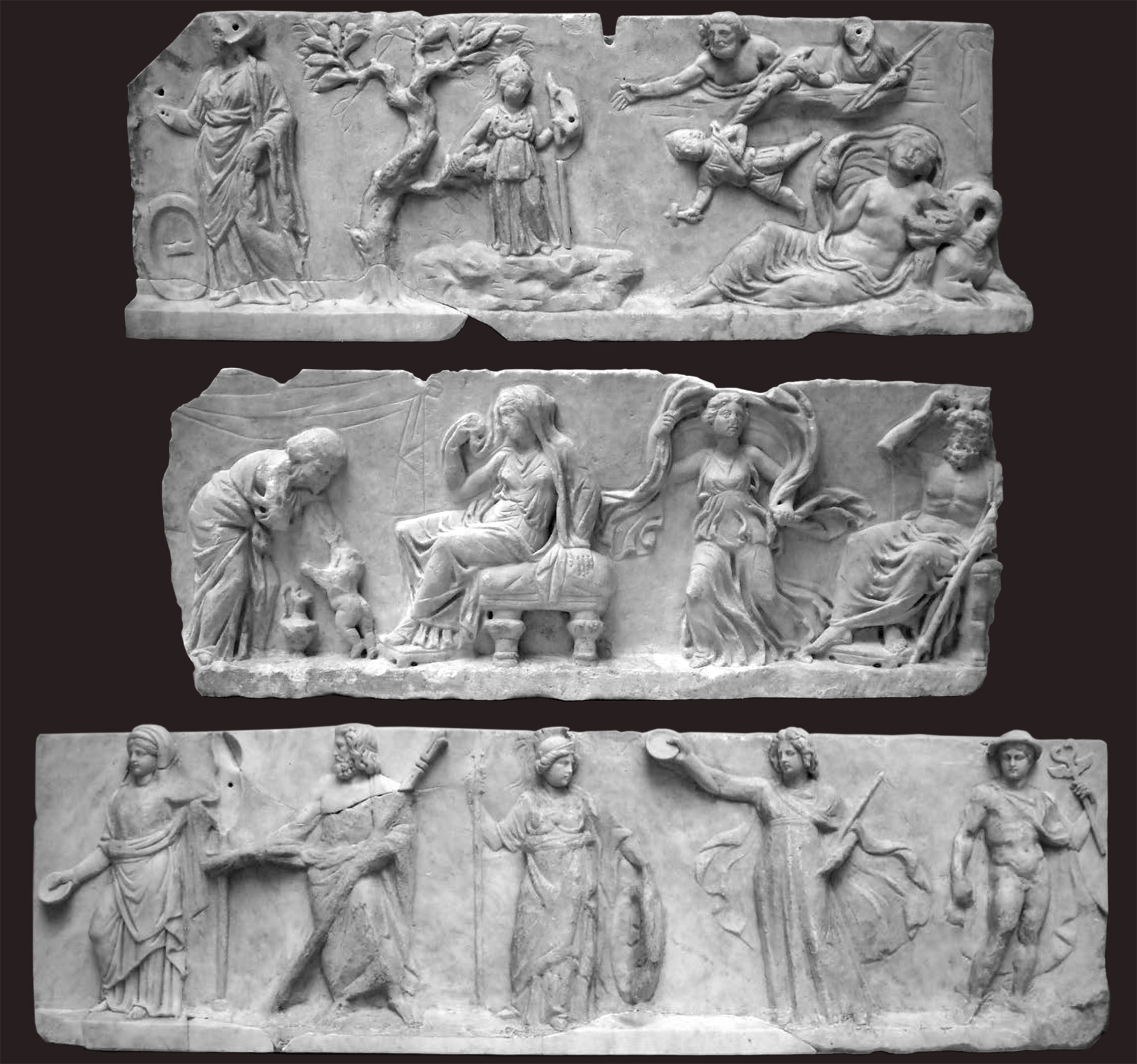 Marble frieze with episodes from the myth of Vulcan, on display in the Museo Ostiense