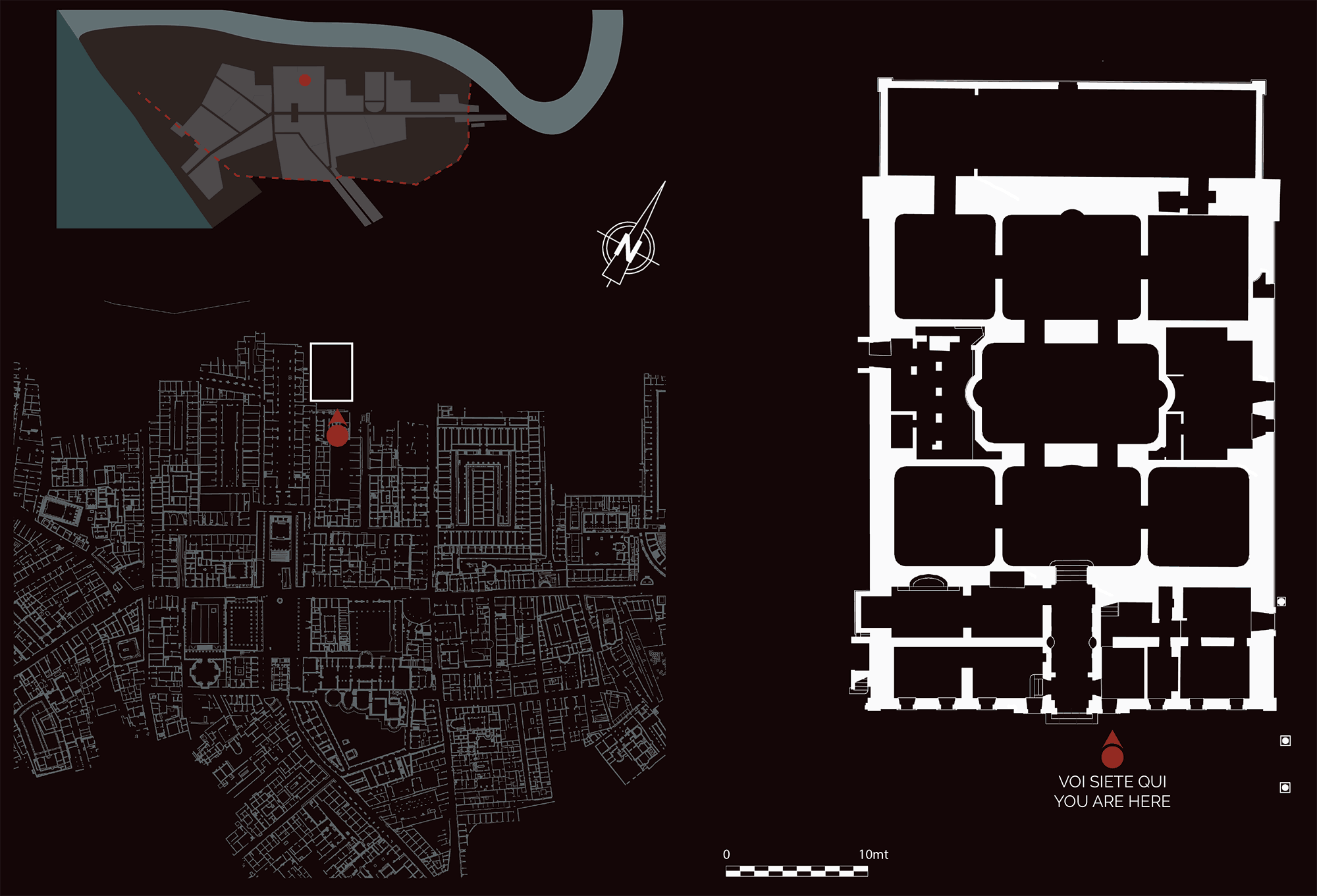 The building, known already from the 15th century as the Casone del Sale (salt warehouse), was linked to the exploitation of Ostia’s Papal salt pans.

Initially, it took the form of a structure with a pitched roof, with a hollow space beneath the floor to protect against damp.

After a period of abandonment, the building was restored in 1865-1867, on commission from Pope Pius IX, for use as a museum; the current Neoclassical façade was built during this phase.

Elevation of the Neoclassical façade of the Casone del Sale
(I. Gismondi)

However, Ostia’s museum collections were displayed in the Castle of Julius II until the 1930s when, thanks to the works undertaken by the then Director of Excavations Guido Calza, the complex became an exhibition space.

It was officially opened in the presence of Mussolini on 2 November 1934 and still hosts the Museo Ostiense and the site offices today. 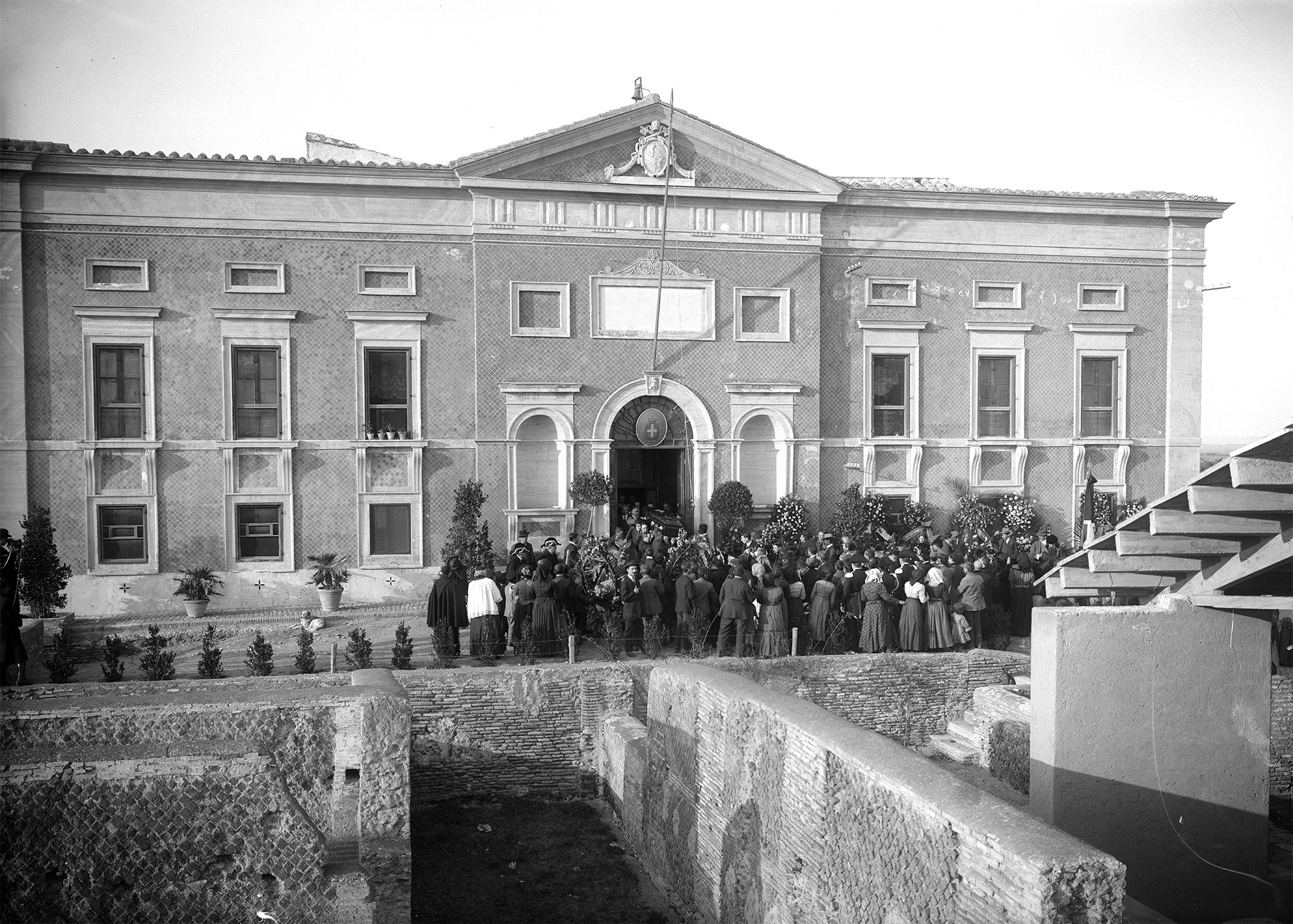 Funeral of the archaeologist Dante Vaglieri, who worked at Ostia, in front of the Museum (1913)