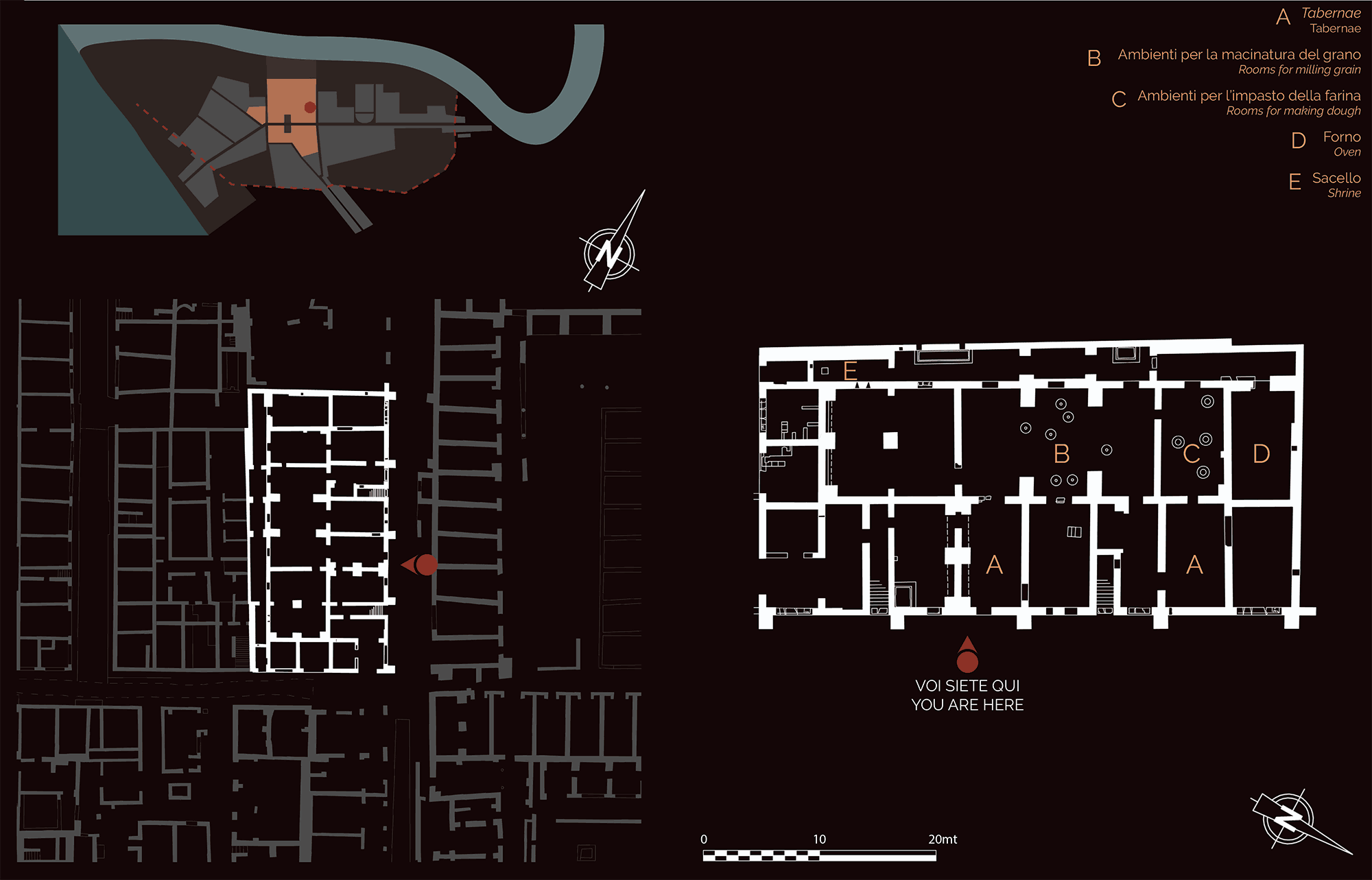 The building, used for the production and sale of bread, was built in around AD 120 and was destroyed by a fire in the late 3rd century AD.

It had six tabernae (shops) (A) at the front, whilst the inner rooms, floored with road paving stones, served to mill the flour (B) and make the dough (C), as we know from the presence of millstones and basins made of lava stone; the bread was baked in the corner room, which has a large oven (D).

The bakery was connected directly to the Grandi Horrea on the opposite side of the street, where grain was stored. 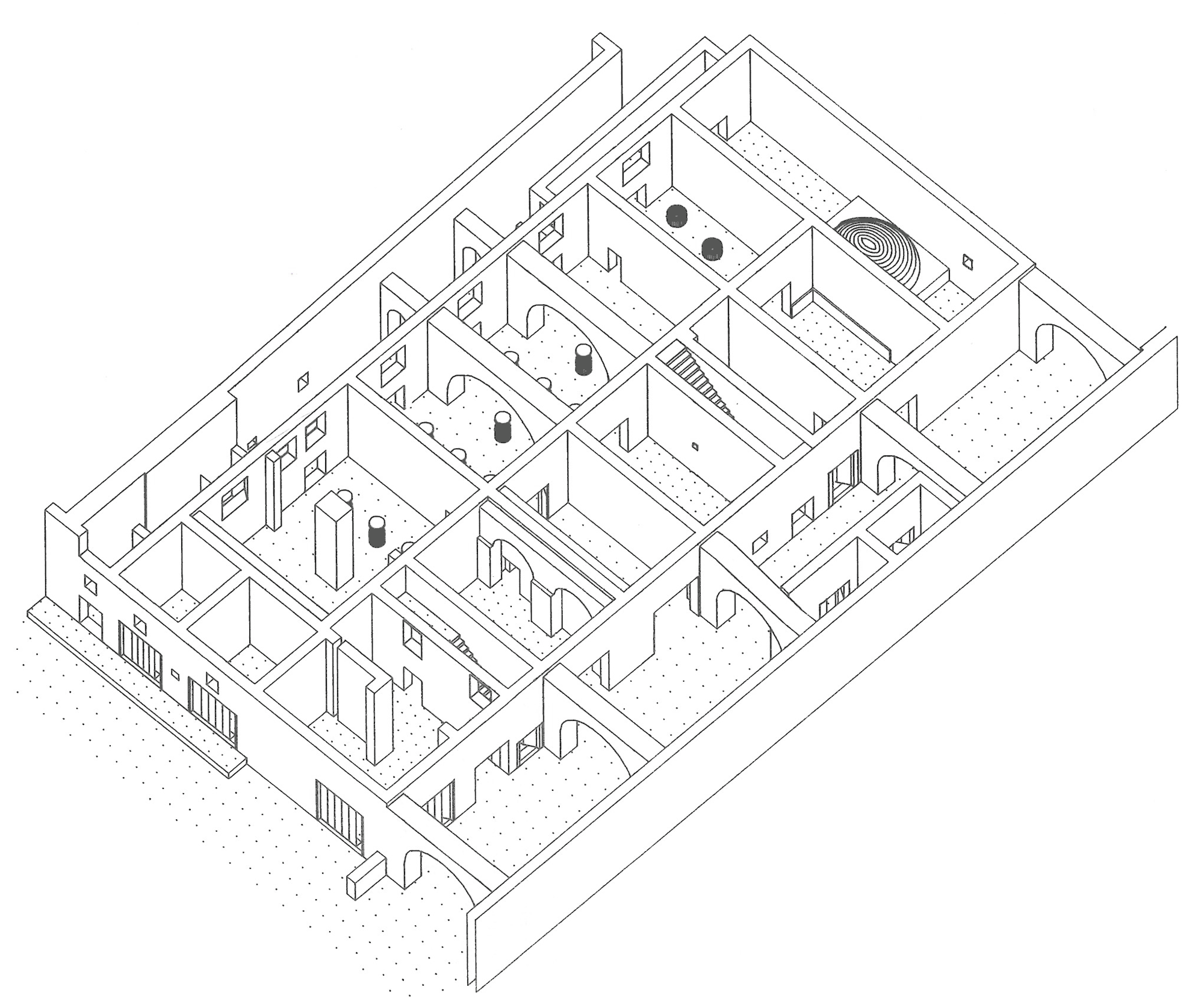 In the 3rd century, an uncovered passageway behind the bakery was turned into a cult space for Silvanus (E), the popular god of fields and woods. 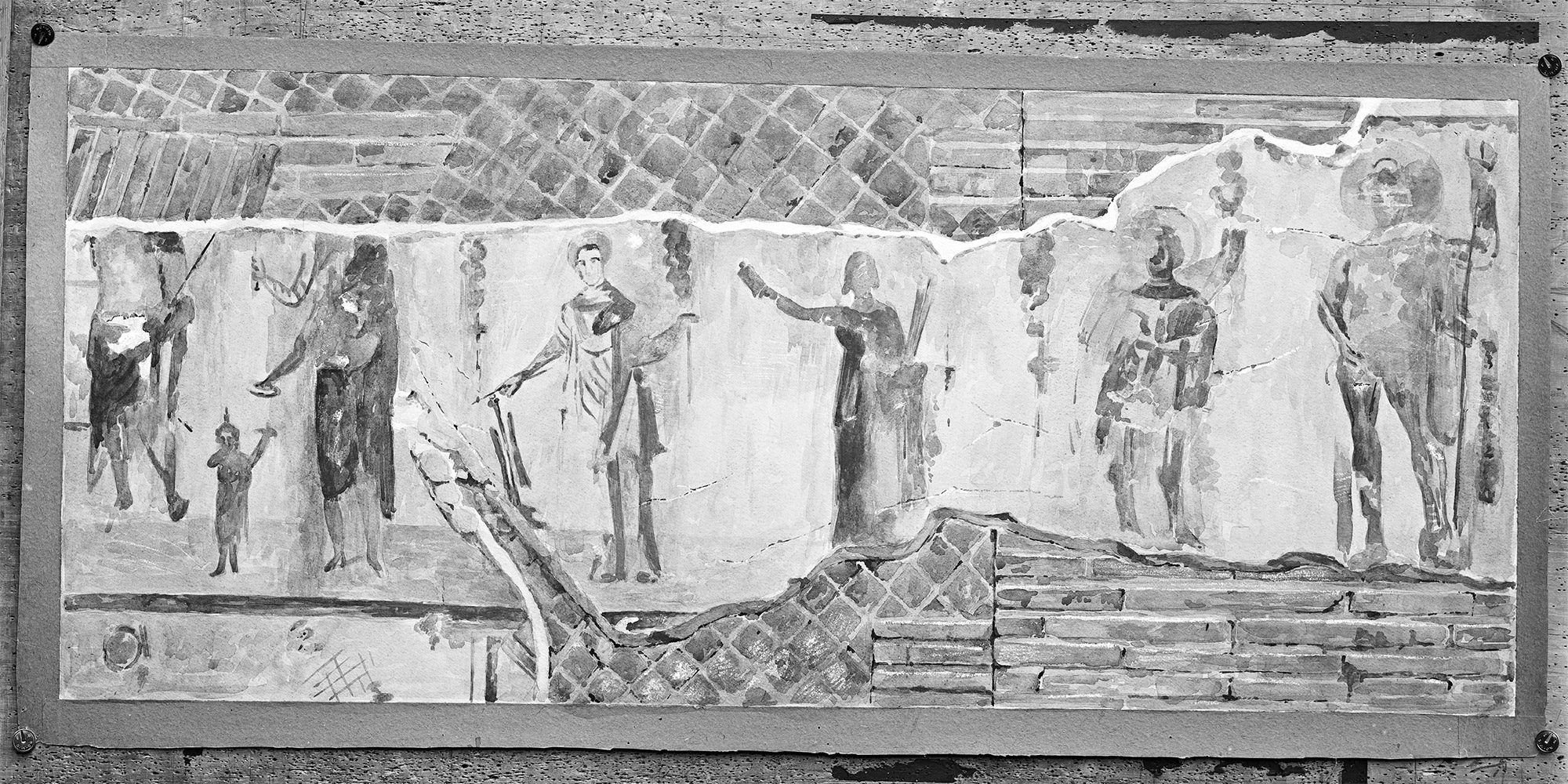 Watercolour showing the frescoes from the shrine