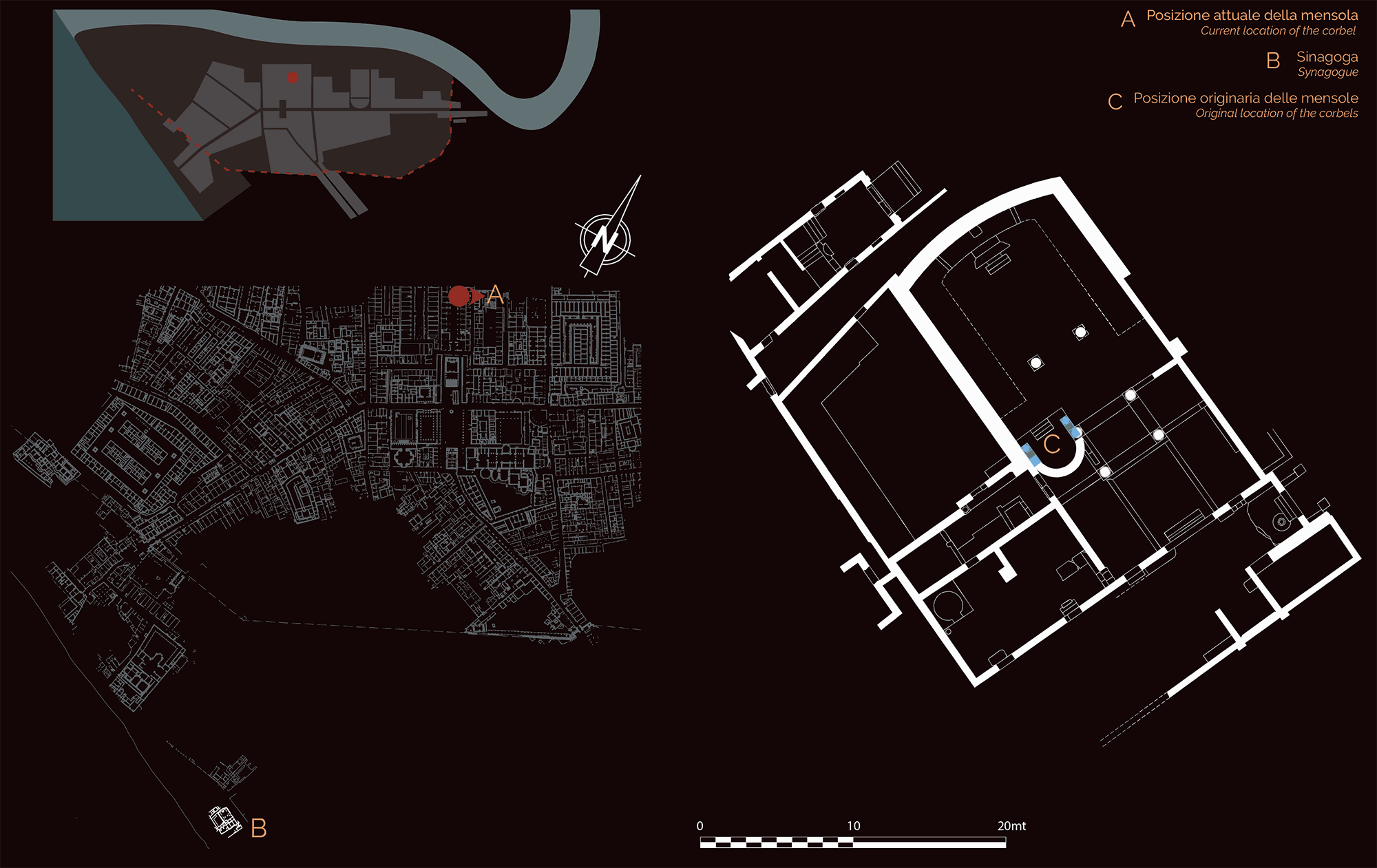 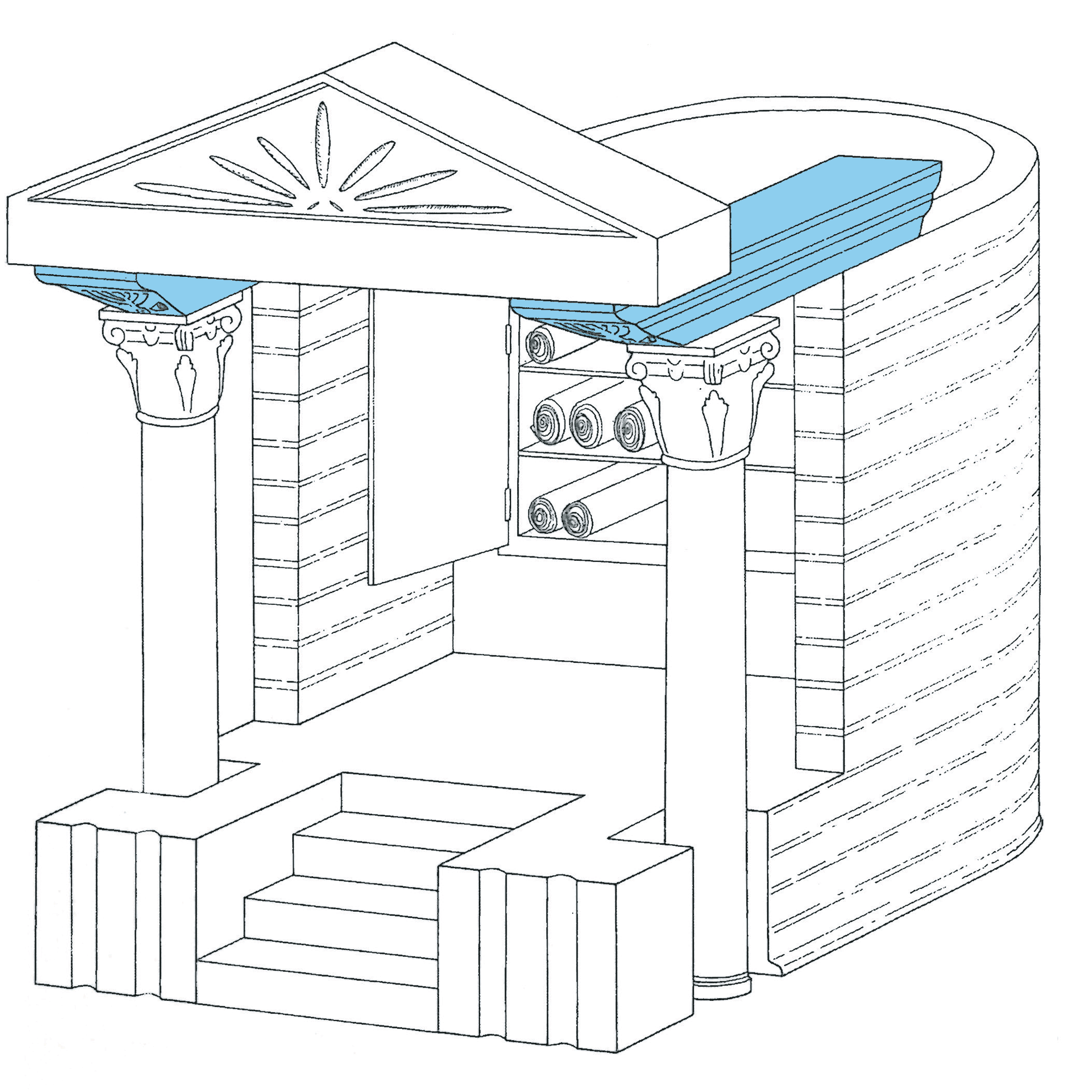 This marble corbel is one of two that originally decorated the shrine in Ostia’s Synagogue holding the ark in which the scrolls of the Law (Torah) were kept; the construction of this shrine is mentioned by a Greek inscription commemorating an individual who paid for a container to hold the sacred scrolls.

The corbel presents a relief image of the seven-armed candelabrum (menorah), accompanied by a ram’s horn (shofar), a bundle of three species of plant (palm, myrtle and willow) and a citron fruit, important symbols of the Jewish faith that allude to worship at the Temple in Jerusalem and express the hope that it will be rebuilt.

Lamps depicting the menorah found in the Synagogue