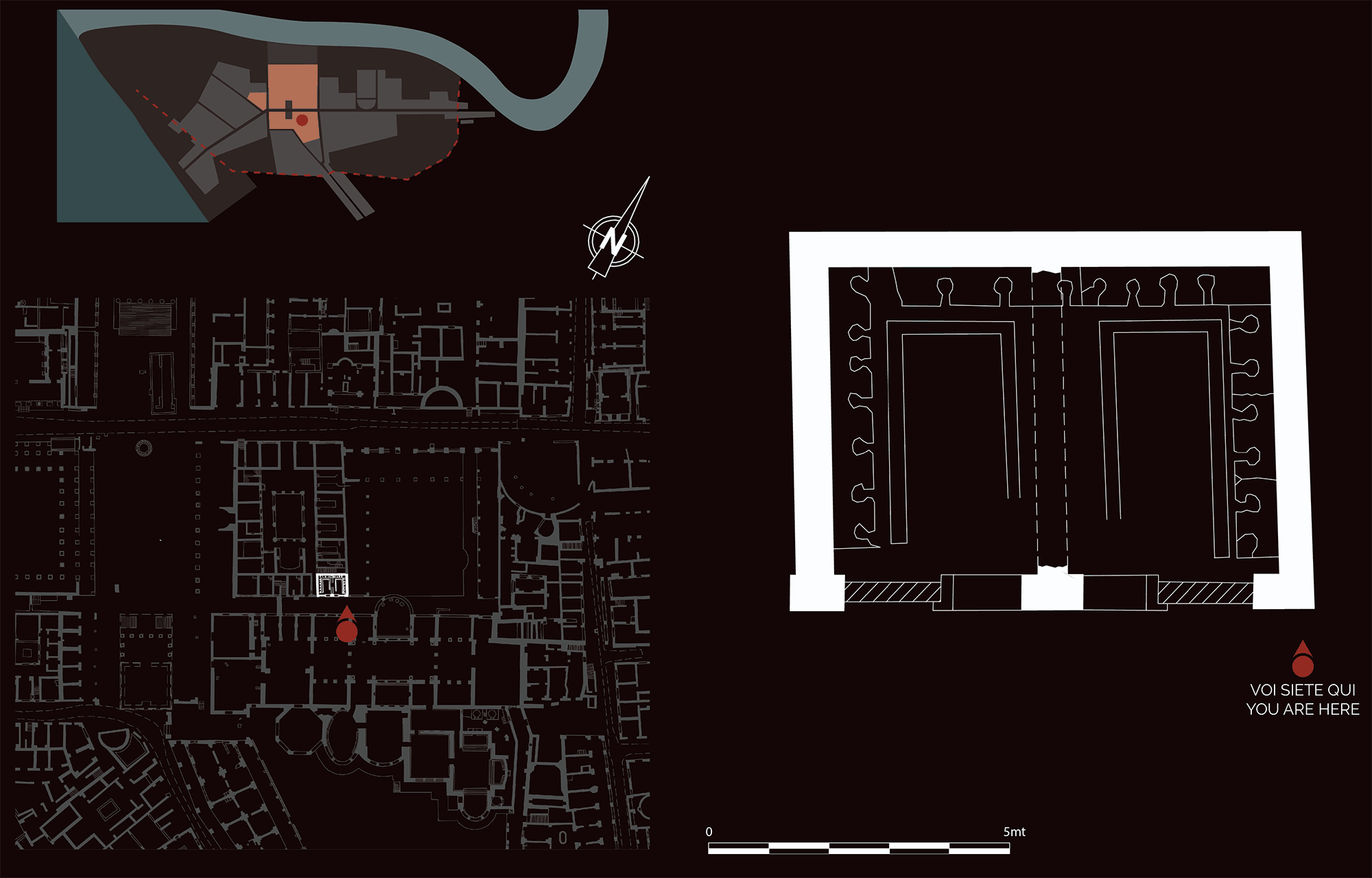 The latrine, one of the best preserved in Ostia, was built inside two shops of the Hadrianic period (AD 117-138).

Its current appearance dates to the 4th century AD, as is evident from the presence of reused marble slabs, including some with inscriptions, from earlier abandoned buildings.

It preserves a row of twenty marble seats with holes at the centre running around three sides; beneath was a channel along which the water drained away.

On the fourth side, the room had a wash basin set against a pillar separating the two entrances: these had revolving doors, as we know from the presence of holes in the marble thresholds that served to hold them in place.