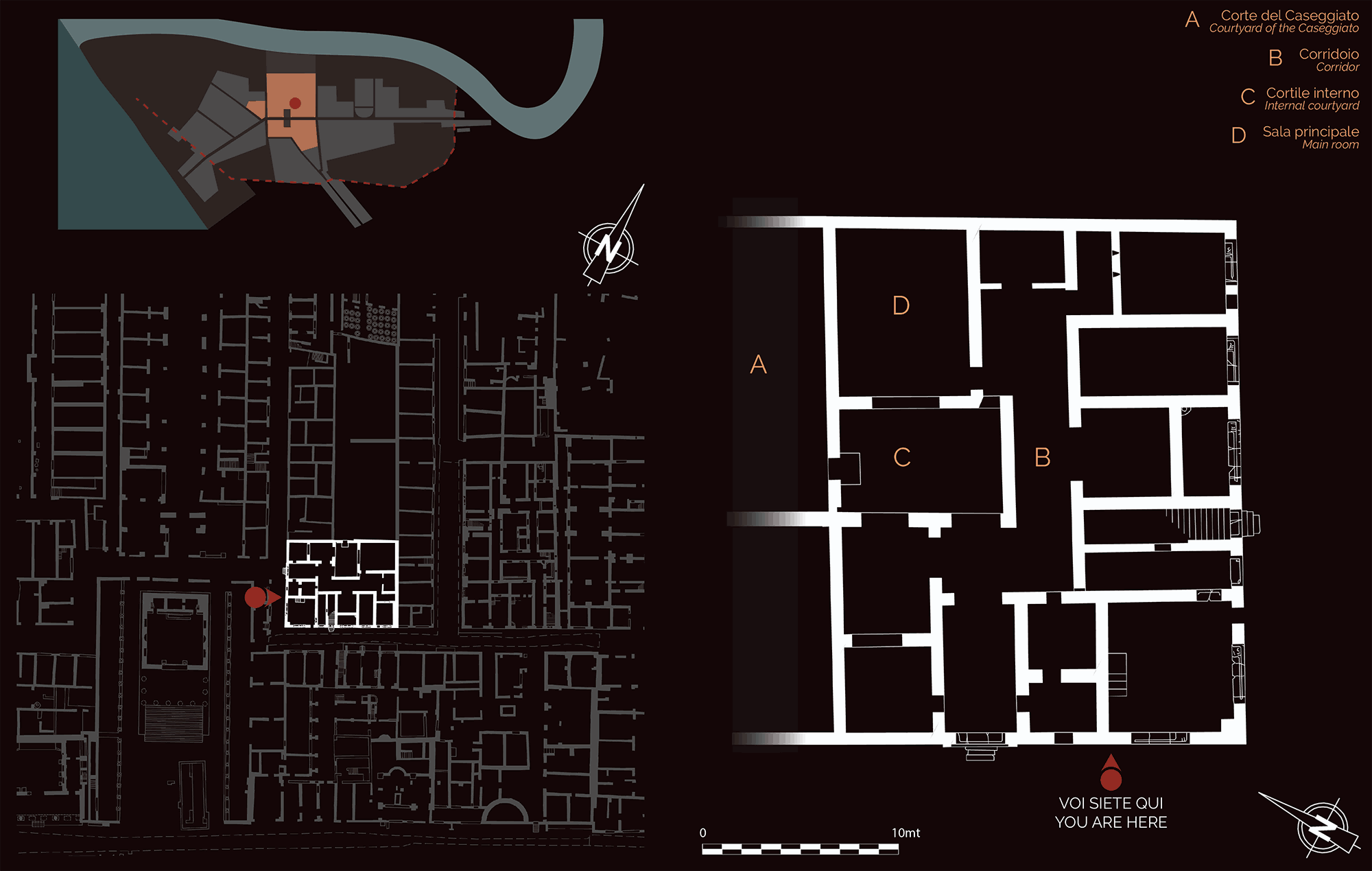 The insula (apartment building) occupies part of the residential area known as the Caseggiato dei Dipinti of the Hadrianic period (AD 117-138), with houses opening onto the street and a large communal courtyard behind (A). 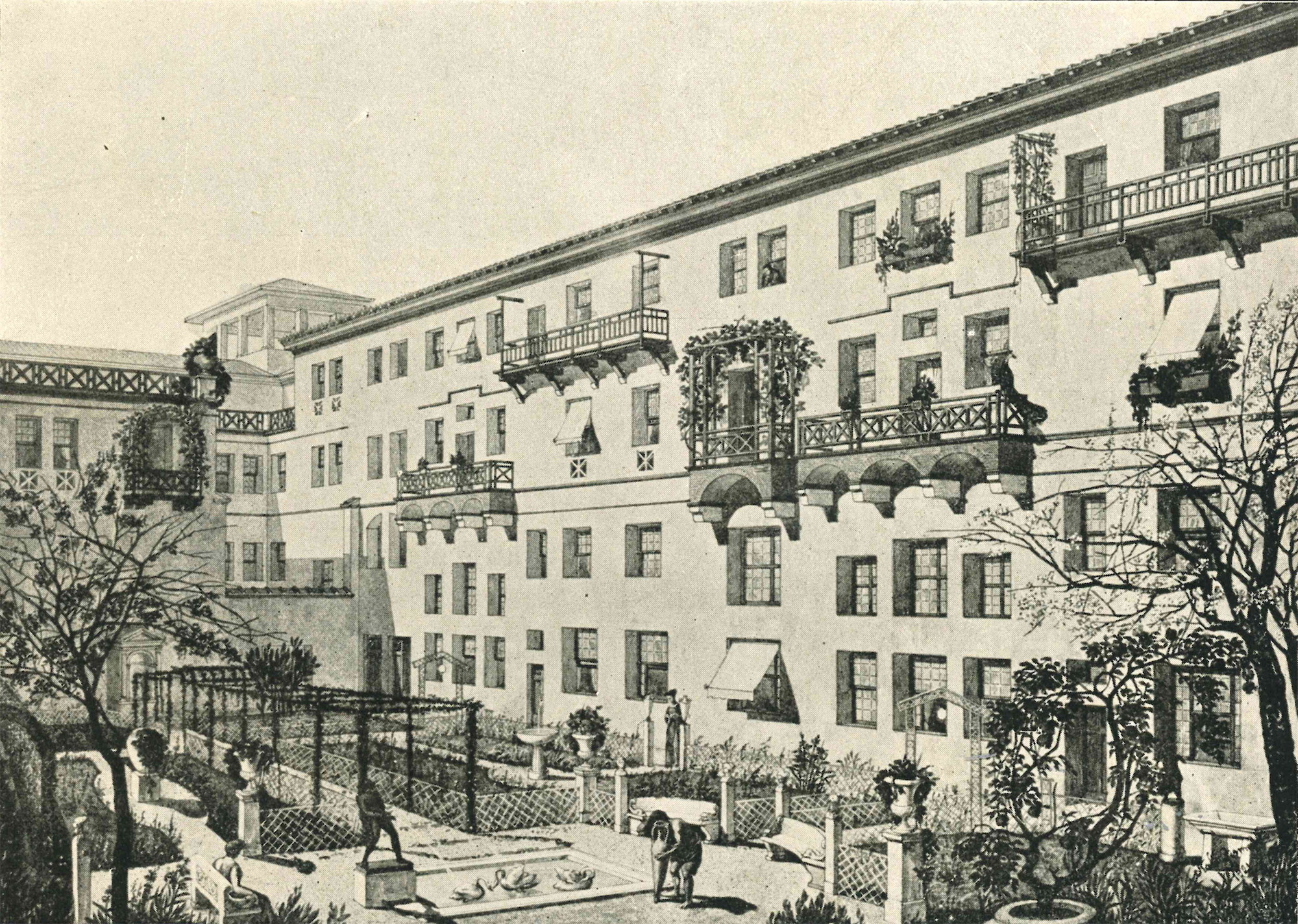 Reconstruction of the courtyard of the Caseggiato dei Dipinti (A)
(I. Gismondi)

The layout has a central corridor (B) and a small courtyard (C), serving to light the main room (D), located in the innermost sector of the house.

The building takes its name from the subject of the mythological painting in the large reception room and was altered in the late 2nd century AD, when the ceiling of this room was raised to a height of two storeys and the painted decorations were made. 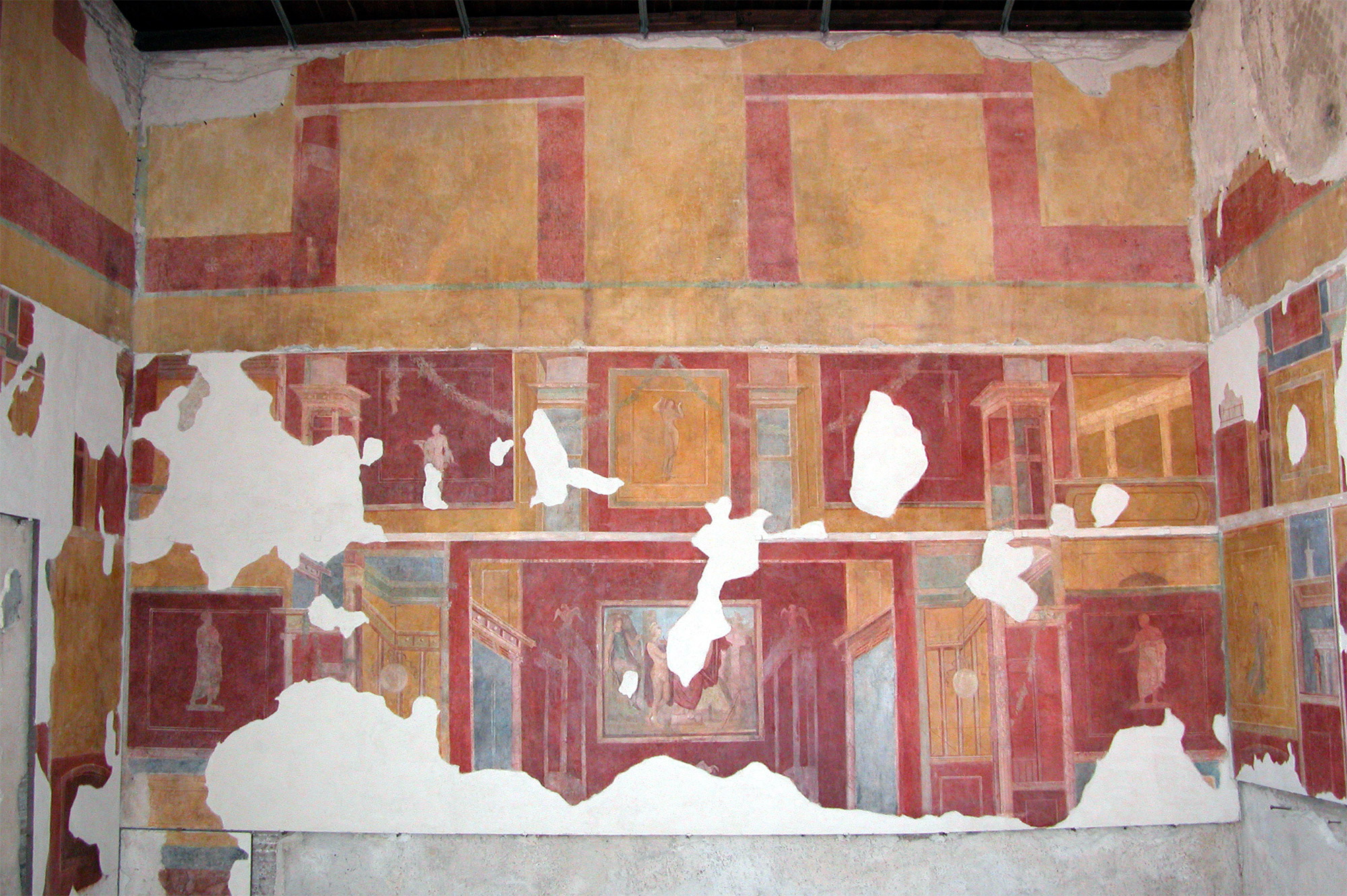 General view of the fresco in the main room (D)

At the same time, the frescoes of the other rooms were also redone; they preserve a graffito dating to the period of the emperor Commodus (AD 180-192).

The mosaic floors belong to the building’s original phase.