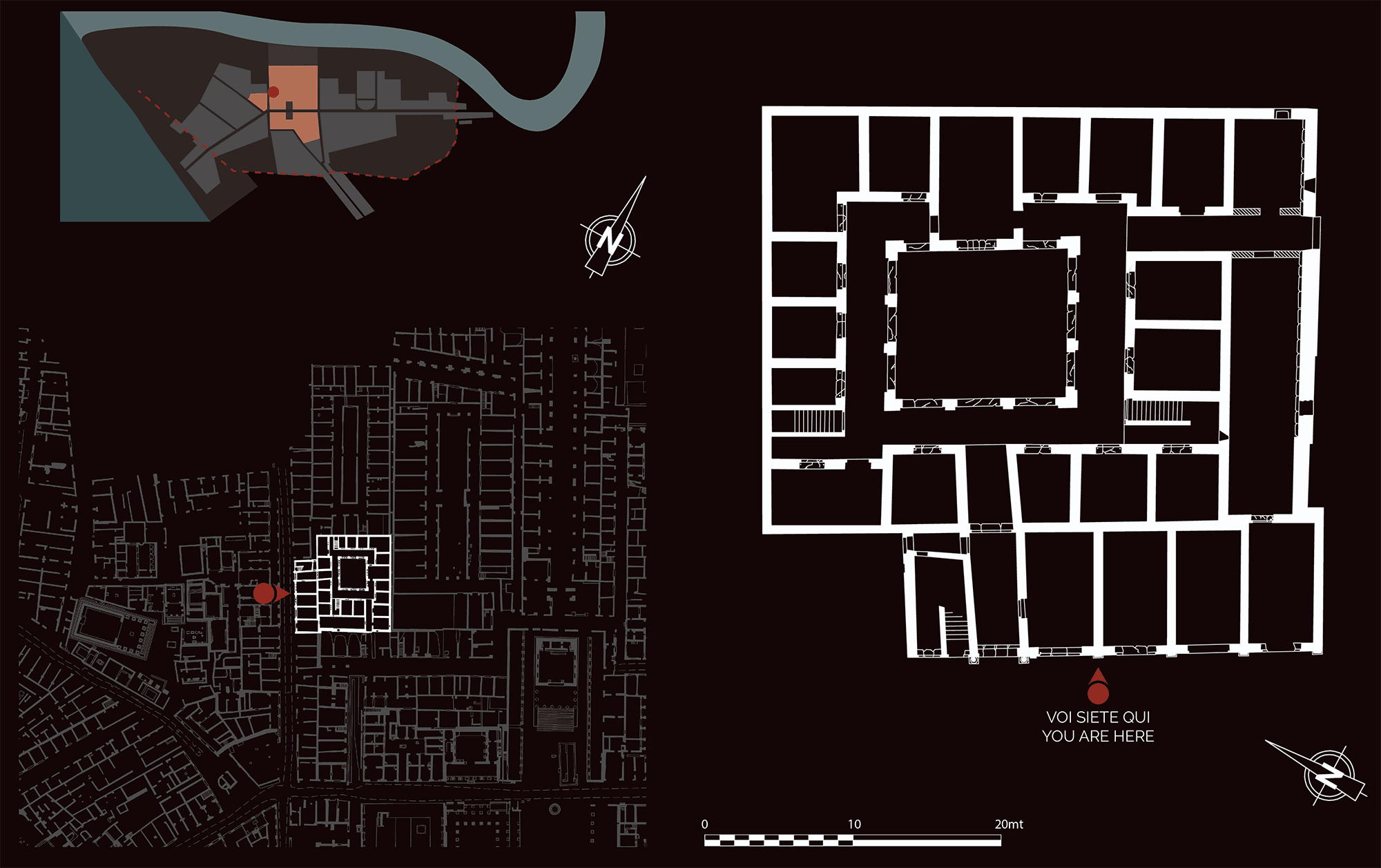 Thanks to the inscription still visible today above the entrance, we know the names of the owners of these horrea (warehouses), Epagathus and Epaphroditus, probably two freedmen of Greek origin.

The building was constructed in brick in around the mid-2nd century AD. 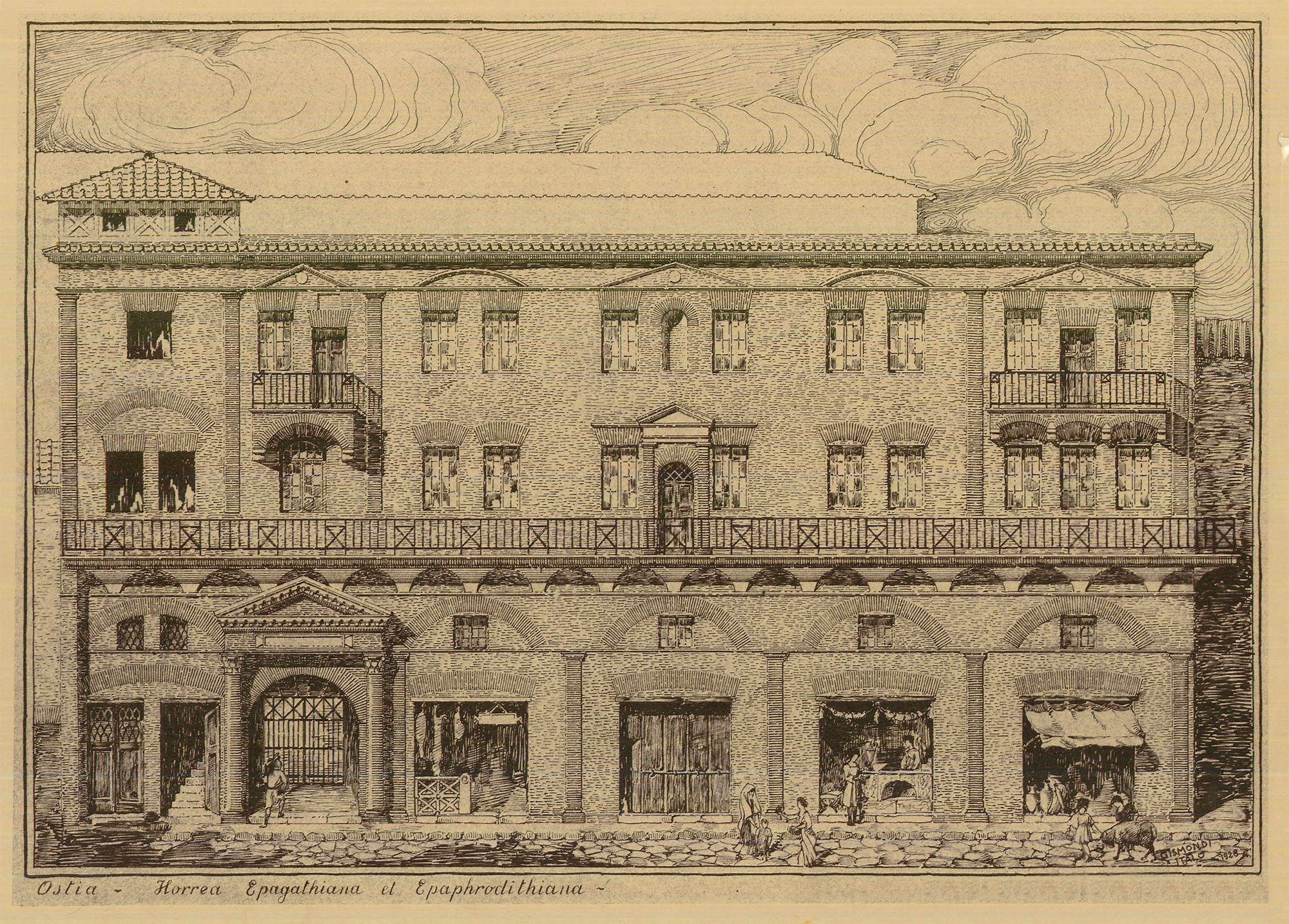 Reconstruction of the façade of the horrea
(I. Gismondi)

The fine entrance in yellow and red brick led into a porticoed courtyard, embellished by a mosaic floor and by two shrines hosting statuettes of goddesses, Fortuna and Venus.

Sixteen rooms opened onto the courtyard, the largest of which, at the centre of the east side, can be interpreted as an office.

The warehouse had at least two storeys, accessible from interior stairs; the presence of a double entrance door and further doors in front of the staircases suggests that this was a warehouse used for storing valuable goods.