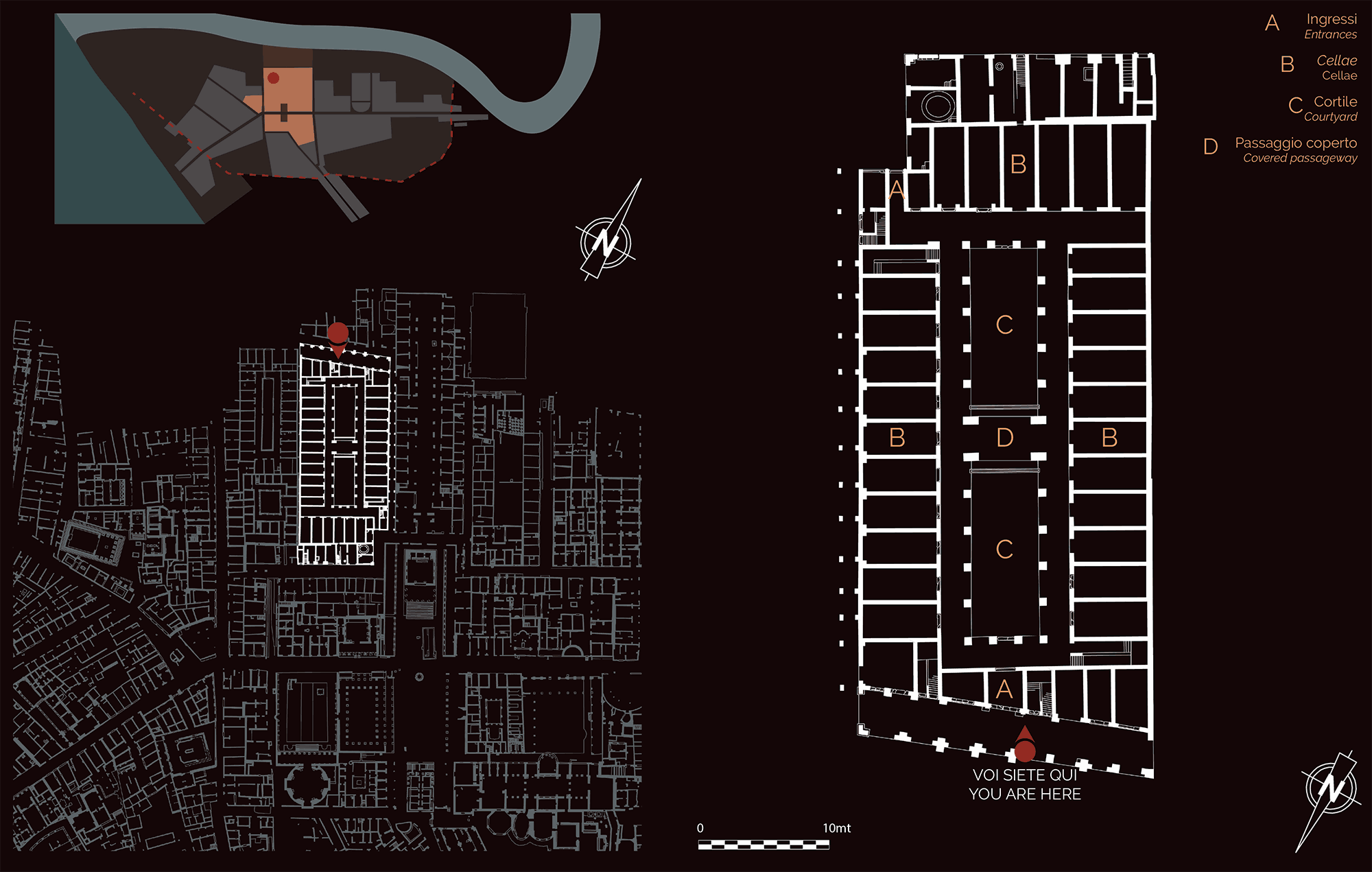 The name of Piccolo Mercato (“small market”) is given to a building, originally a goods warehouse, north-west of the Forum, near the river docks and next to one of the best-preserved stretches of the walls of the Republican castrum. 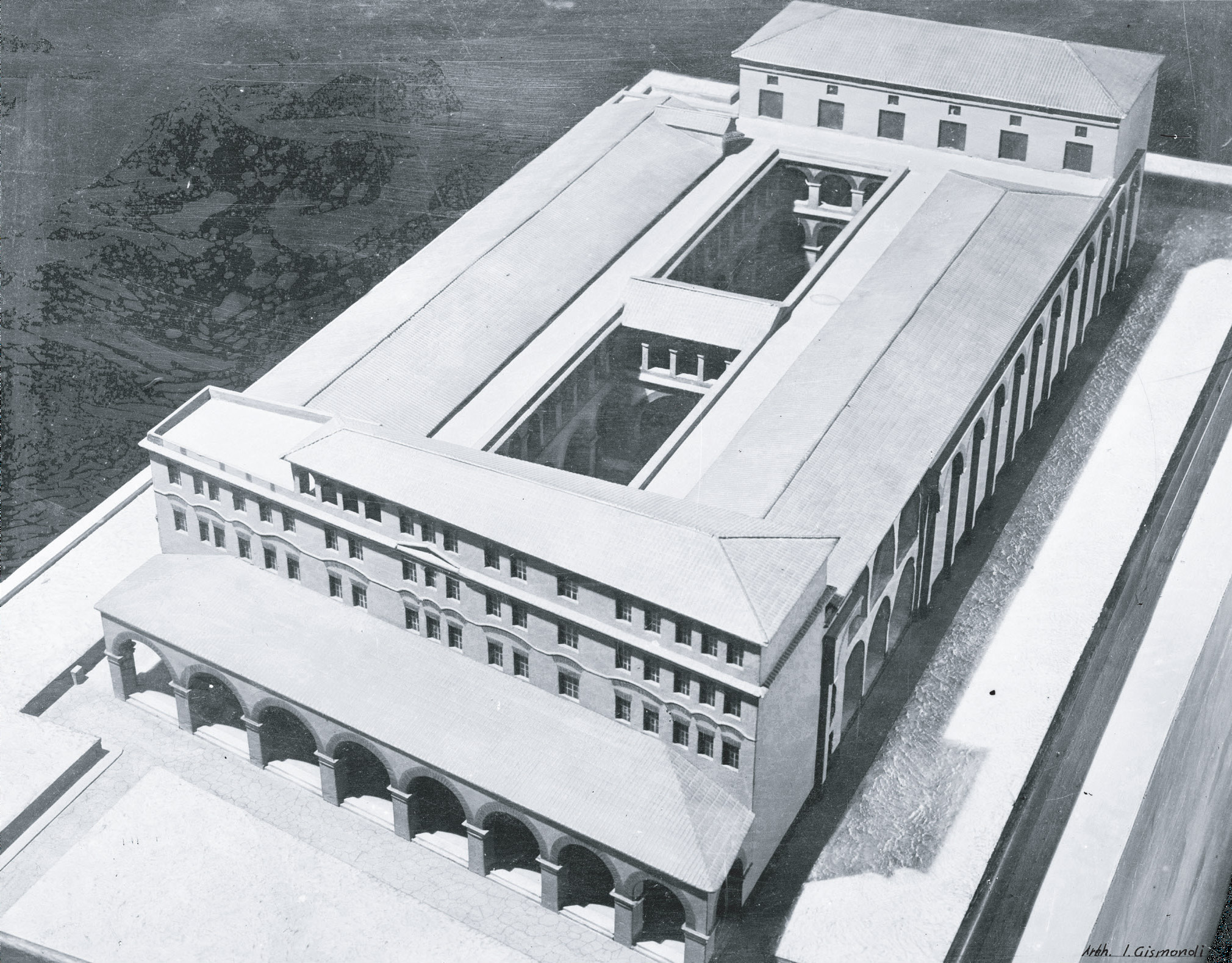 Reconstruction model of the so-called “Piccolo Mercato”
(I. Gismondi)

Built in AD 119-120 and renovated in the late 2nd century AD, it forms part of a larger complex of warehouses, built in accordance with an overall plan defined in the Hadrianic period that comprises the Caseggiato dei Misuratori di Grano to the north, and the Horrea Epagathiana and the adjacent granaries to the west. 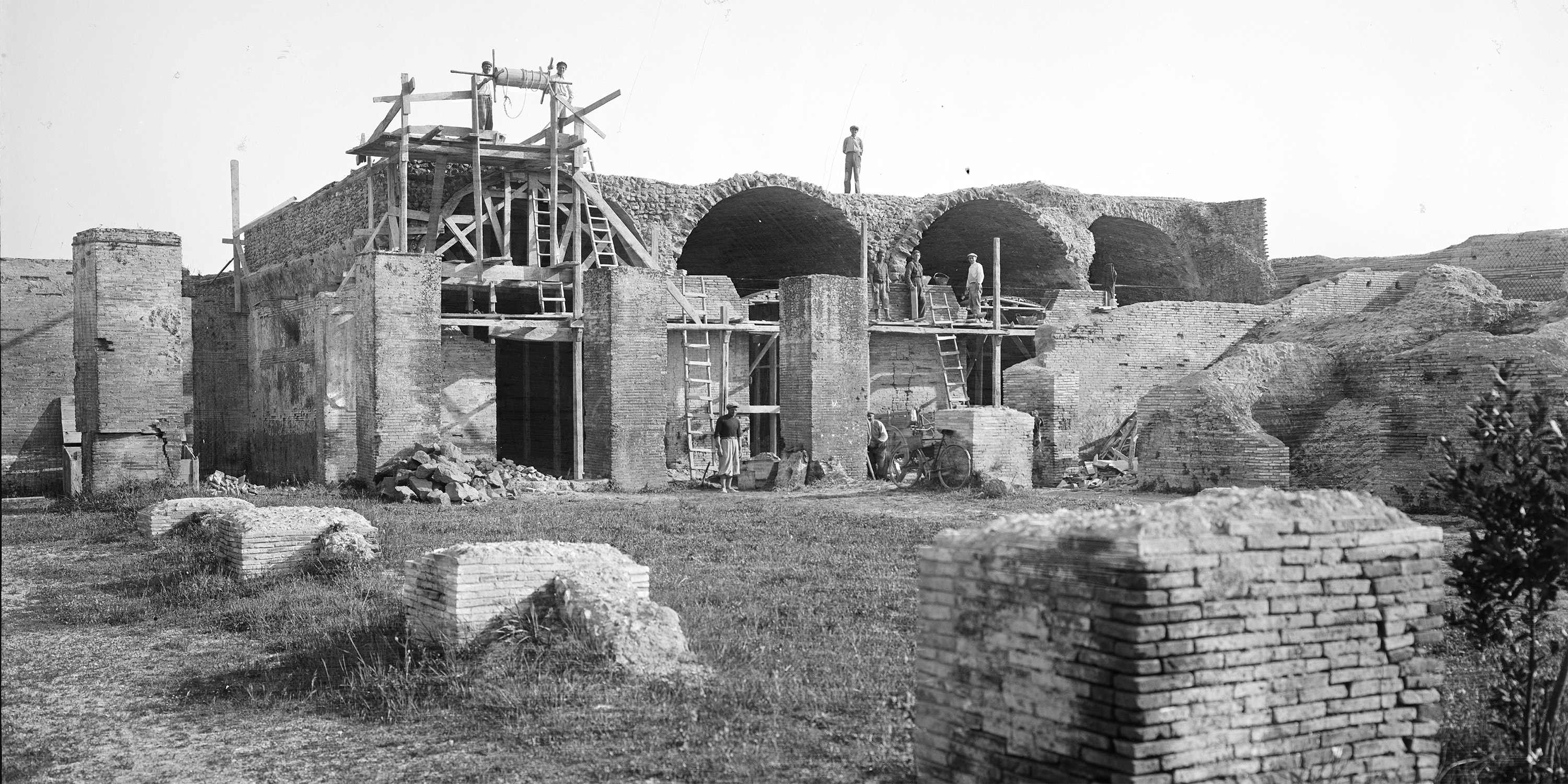 Work to restore the vaults of the so-called “Piccolo Mercato”

The building, accessed through two entrances with brick pilasters and pediments (A), consists of 27 covered rooms (cellae) destined for storage (B), arranged on three sides of a porticoed courtyard (C) that originally had a covered central passageway (D).

The warehouse is now used as a deposit for marbles and inscriptions from the excavations.