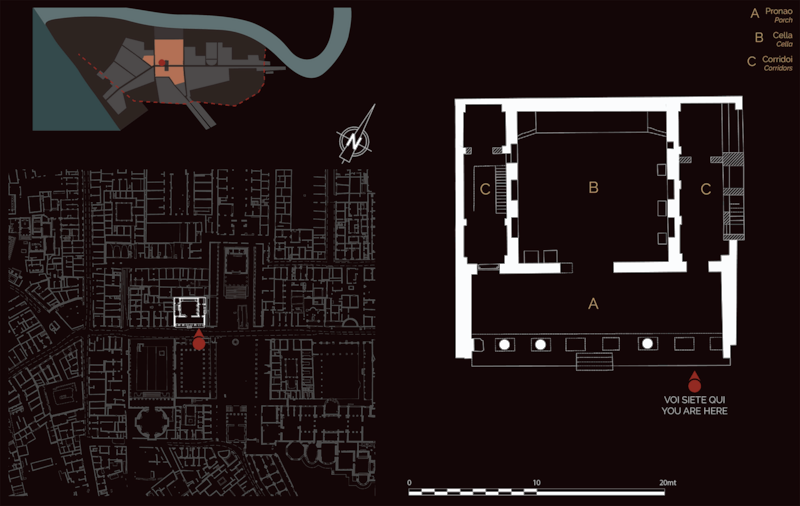 This building, constructed in brick between the late 1st and early 2nd century AD, was originally faced with marble and consisted of a porch with six columns (A) and a cella (B) flanked by two corridors (C).

Traditionally interpreted as the Curia, the place where the Decurions (the city council) met, it is in fact more likely to be connected to the college of the Seviri Augustales, responsible for the cult of the Imperial house.

This interpretation is based on the discovery inside the building or in its immediate vicinity of fragments of the lists of the Seviri themselves: this might thus have been the cult place of the college as also suggested by the ground plan, which resembles that of a temple. 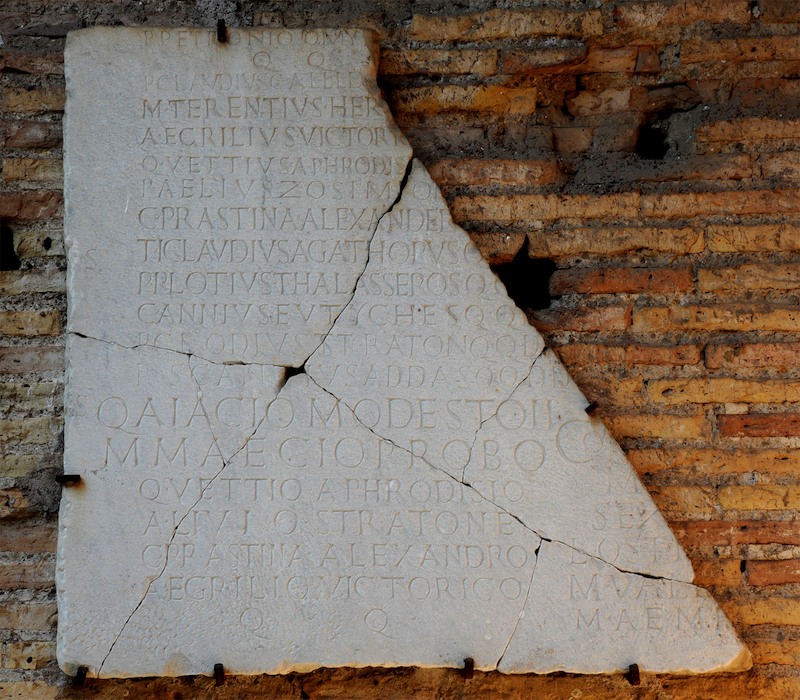 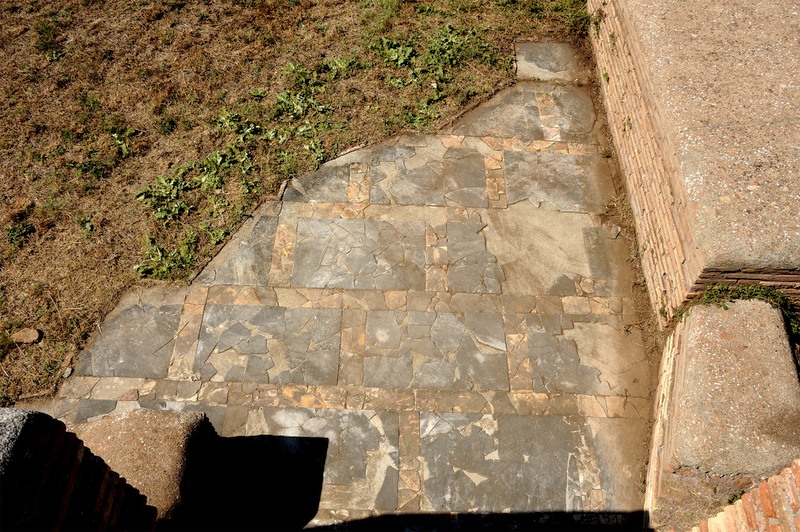 Detail of the marble floor of the Curia