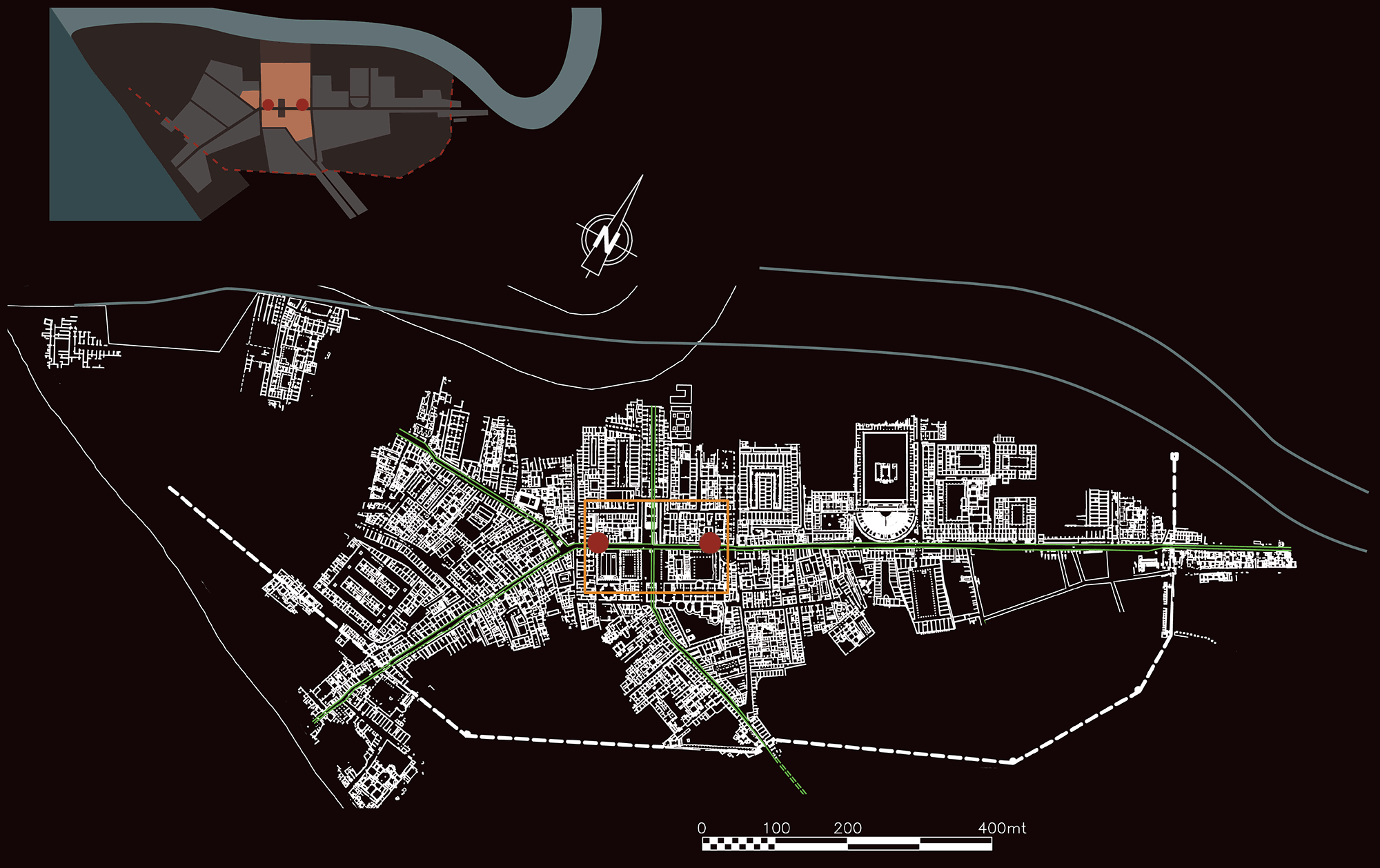 The castrum is the oldest part of the city of Ostia to be documented archaeologically; it dates to the 4th century BC.

It is a fortified settlement surrounded by walls in tufa blocks with four gates, located at the ends of the main streets (the Cardo and Decumanus). 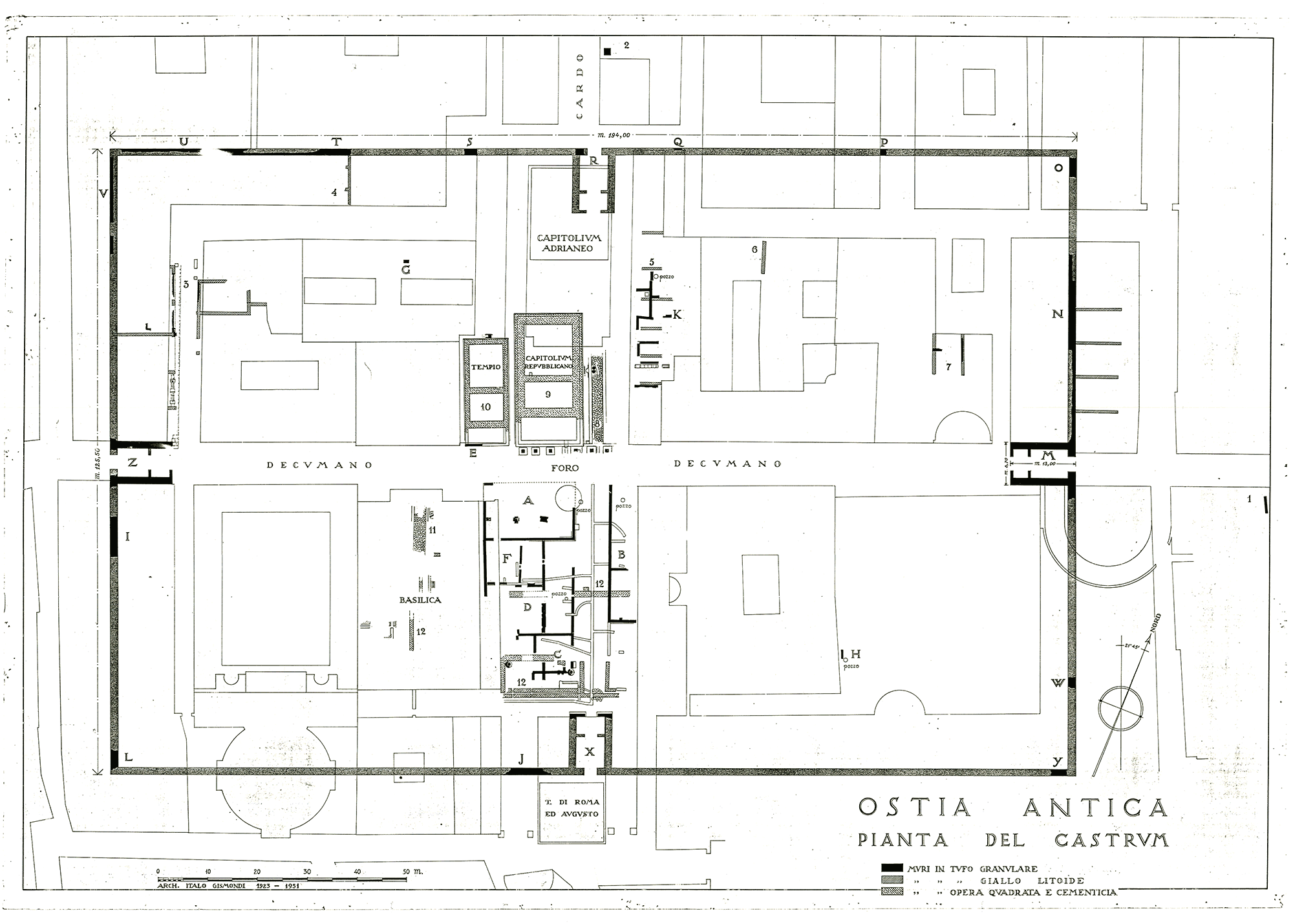 Plan of the castrum with the finds of the Republican period

Other streets at right angles subdivided the internal space into plots of regular shape occupied by temples, public buildings and especially houses.

Already in the 3rd century BC, the settlement stretched outside the walls, which had lost their original defensive function: Rome’s expansion in the Mediterranean had gradually reduced the city’s military role and simultaneously increased its commercial vocation.