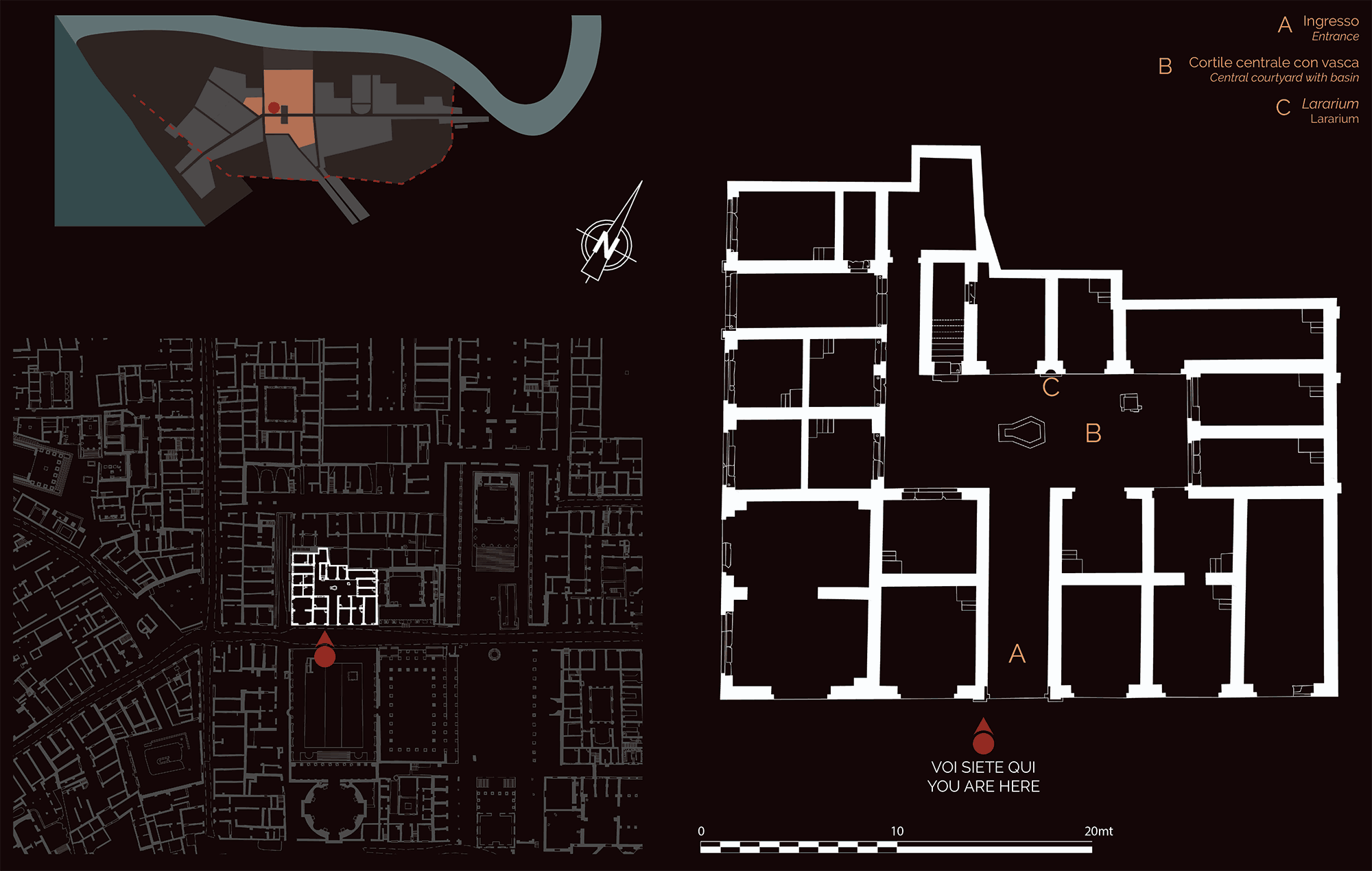 The complex, built in around AD 120, was probably used for the sale of luxury goods as suggested by its position in the immediate vicinity of the Forum and its particularly well cared for appearance.

Occupied on the south and west sides by a row of tabernae (shops) facing the street, it was arranged around a central courtyard with a basin and well (B).

The courtyard was embellished by a polychrome shrine, which can be identified as a lararium (C), a space dedicated to the cult of the gods who protected the household or the community. 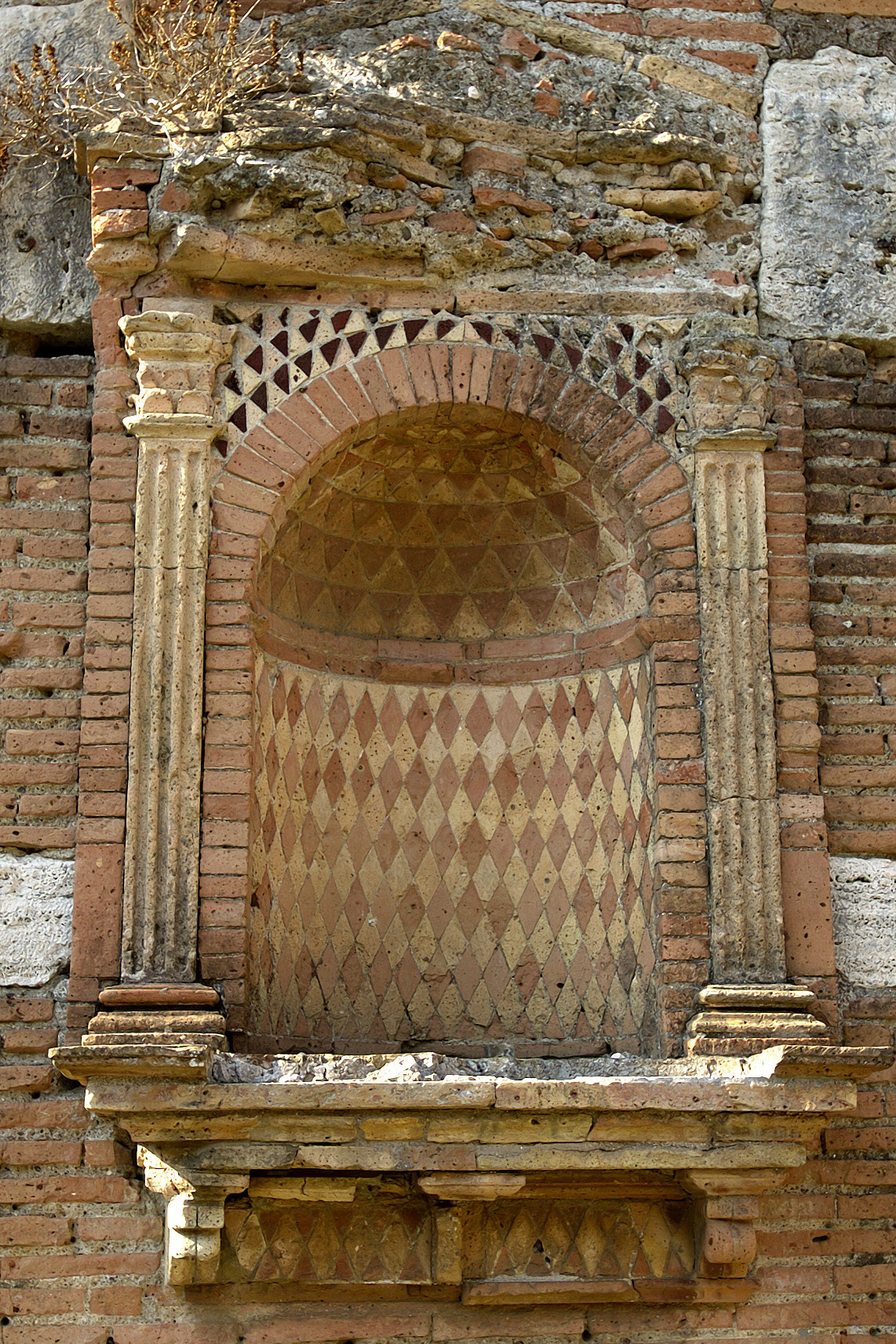 On all sides of the courtyard were rooms arranged on two storeys: those on the ground floor were used as shops whilst those on the mezzanine floor served as apartments.

The discovery of a marble wellhead bearing the name of the patronus of the college of the mensores suggests that the seat of the association itself might also have been in this area.